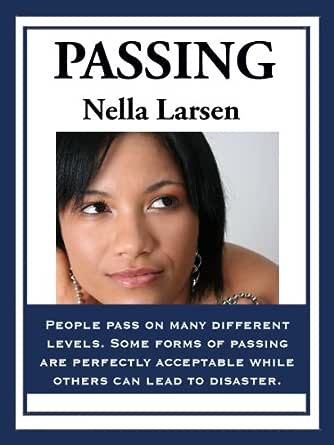 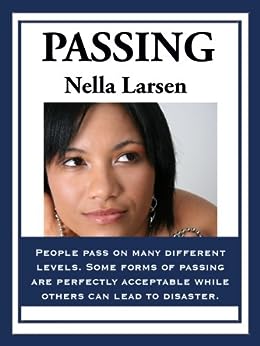 "It is a tragic story rooted in inescapable facts of American life: that whiteness conferred an almost universal unearned advantage, and that loyalty to a black racial identity was not only an act of pride but also one of courage."
- The New York Times

Nella Larsen was an important writer associated with the Harlem Renaissance. While she was not prolific her work was powerful and critically acclaimed. Passing confronts the reality of racial passing. The novel focuses on two childhood friends Clare and Irene, both of whom are light skinned enough to pass as white, who have reconnected with one another after many years apart. Clare has chosen to pass while Irene has embraced her racial heritage and become an important member of her community. The Novel examines how people pass on many different levels and in many different ways. Some forms of passing are perfectly acceptable while others can lead to disaster.
Alle bekijken
click to open popover

SassyPants
4,0 van 5 sterren Don’t pass on this book
4 december 2017 - Gepubliceerd op Amazon.com
Geverifieerde aankoop
I was unaware of this book and found it when I was searching for a “classic by an author of color” for a reading challenge. At 95 pages this is more of a novella than a novel. It was written in 1927 during the Harlem Renaissance. Given the time period, it is a remarkable book that is still relevant today.

The story is narrated by Irene Redfield, a light-skinned black woman. She is married to a black physician and they have two sons. She is living in Harlem with her family but grew up in Chicago. During a trip home, she meets a childhood friend named Clare Bellew. Clare is also light-skinned but has decided to “go native,” living her life as a white woman. She is married to a wealthy white man who is an overt racist. He has no idea that his wife and their young daughter are black. Clare insinuates herself into Irene’s life and even comes to New York City for an extended stay. Irene is both fascinated and repelled by Clare. The book examines each woman’s approach to passing for white. Irene, who is insecure, seems to envy Clare’s confidence and also resent it. She also fears that Clare has made a dangerous mistake by lying to her husband about her heritage. There are several tense moments in the book when Irene has the opportunity to out Clare. She always chooses to keep her secret. Irene’s internal struggle between being proud of her heritage and protecting her friend is painfully drawn out to a horrible conclusion.

Though the book is short, as are the sentences and paragraphs, it packs a big punch. You can read this quickly, but the book is better when you savor the words and think about the implications. To me, the novel is about mixed feelings and blurred lines. You can feel Irene’s ambivalence. The author does not provide any “right” answers and the book ends with even more questions. Some literary critics suggest that there is a lesbian element to the relationship between Irene and Clare. I wondered about that myself, but that is not a central part of the book in my opinion. Passing was not a part of my college reading list, but I am so glad that I found it.

Sense and Sensibility
5,0 van 5 sterren Fascinating portrayal of women, marriage, and the Harlem Renaissance, in a psychological suspense thriller
22 oktober 2017 - Gepubliceerd op Amazon.com
Geverifieerde aankoop
The title of this book refers to a group of light-skinned African-American women who can "pass" for white during Jim Crow. I give this book five stars, with one reservation. I found the book fascinating, with some amazing writing, and a riveting plot line that you are dropped into without the slightest suspicion, and blindsided by the depth of the psychological drama that unfolds. My criticism is that the book ends too quickly, and too abruptly. I would have read three times as much about this astounding world, and all of the multiple characters, black and white, that are brought to life so vividly, along with the glamor of the Harlem Renaissance. It should have been a much longer book. This writer got a Guggenheim and then couldn't get her subsequent book published. I heard about this book because it was the subject of a discussion at the Waterstones bookstore in London, and since it was an American writer, it made me curious. I suspect the author's life, as a black woman in those days, led her into the kind of poverty and obscurity that Zora Neale Hurston ended up living, as a hotel maid, at the time of her death. We lost out on the kind of body of work they might have produced had they been of a race, class and gender that offered more support for their literary gifts.
Meer lezen
25 mensen vonden dit nuttig
Vertaal recensie in het Nederlands

Leib Gershon Mitchell
3,0 van 5 sterren "Pass" on this one
10 juni 2019 - Gepubliceerd op Amazon.com
Geverifieerde aankoop
The introduction is every bit of 32 pages long. A lot of times, I get the impression that these academics who couldn't write a book about anything that anybody else would be interested in are piggybacking on the talents of people who can.

The prose of this book is excessively formal and stilted. I only very rarely read fiction books, and so I'm not sure to whom to compare this book. It puts me in mind of Joseph Conrad, only less discursive.

The black people in this book are not the ones that I know, and that does make sense since the character of black cities changed dramatically after the Great Migration from the South.

Also, this book took place nearly 100 years ago. I don't think anybody at that time could ever have conceived of people like Kim Kardashian. (Or, any of the Kardashians, for that matter).

I don't know if there was this extreme delineation between races, but even if it was so then it's not particularly relevant to what exists today. And it's especially irrelevant given that some historical background is necessary so that the allusions in this book are not missed.

It's not that all black people were poor and all white people were rich, and you could become one or the other simply by changing your racial identity.

Verdict: "Pass" on this one.