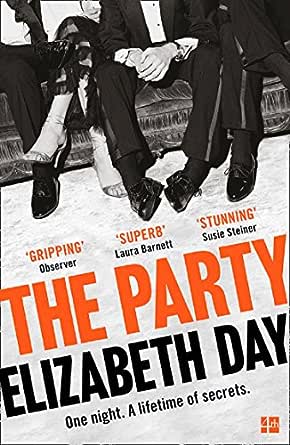 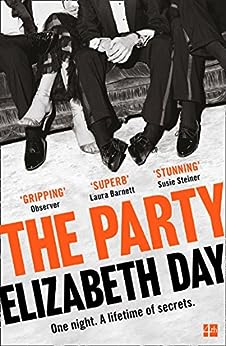 A gripping story of betrayal, privilege and hypocrisy, set in the unassailable heart of the British establishment.

Think Brideshead Revisited meets The Talented Mr Ripley with a dash of The Riot Club. I couldn't put it down Louise O Neill, author of Asking For It

Martin Gilmour and Ben Fitzmaurice have been best friends for 25 years, since their days together at Burtonbury School.

They are an unlikely pair: the scholarship boy with the wrong accent and clothes, and the dazzlingly popular, wealthy young aristocrat. But Martin knows no one else can understand the bond they share and no one else could have kept Ben s secret for over two decades.

At Ben s 40th birthday party, the cream of the British establishment gathers in a haze of champagne, drugs and glamour. Amid the politicians, the celebrities, the old money and the newly rich, Martin once again feels that pang of not quite belonging. His wife Lucy has her reservations, too. There is something unnerving in the air. But Ben wouldn t do anything to damage their friendship. Would he?

"[Martin] makes for a deliciously untrustworthy narrator; seemingly candid, but at the same time never telling the full story, perhaps because he's so good at keeping secrets.... Brimming with betrayal, corruption and hypocrisy, The Party is a gripping page-turner."--The Guardian


"A deft thriller.... Literary flashbacks, which can be jarring or even confusing, are masterfully illuminating in The Party They tighten the tension and lead the reader naturally to the next clue or curiosity.... The Party is well-rounded and satisfying, not only as an accomplished page-turning mystery, but also for its in-depth examination of class, of marriage and friendship, and of deception, loyalty and ambition."--St. Louis Post Dispatch


"By page one of this devious, witty, thrilling book, you'll be as haplessly seduced by Ben Fitzmaurice's glamorous lifestyle as his old classmate, Martin Gilmour."--Refinery29


"Day's latest novel is sinister and seductive and nothing short of breathtaking."
--Francesca Segal, author of The Innocents


"I practically murdered this book in an evening I loved it so much. THE PARTY is a terrifying, hilarious, brilliantly written original with a wit to die for."--Phoebe Waller-Bridge, creator and star of Fleabag


"In this psychological page-turner, a deeply buried secret that ties two married couples together comes to a head during one lavish 40th birthday party."--Entertainment Weekly

Elizabeth Day grew up in Northern Ireland. She is an award-winning journalist and has written extensively for the Telegraph, the Times, the Guardian, the Observer, Vogue, Elle, and the Evening Standard.
Meer lezen

Drwo
4,0 van 5 sterren Obsession Gone Bad
15 september 2017 - Gepubliceerd op Amazon.com
Geverifieerde aankoop
This is a novel of obsession. The premise is great as is the writing. Two narrators tell this tale. Martin Gilmour and his eventual wife, Lucy.

Raised by a controlling mother, Martin's childhood lacks nurturing but, by nature, Martin would be hard to nurture. He is impulsive and attention seeking without seeming to understand the differences between the negative and the positive. He is a pitiful child but hard to pity. He meets Lucy when he is well into his late twenties and she, being herself a nurturer, sees Martin as interesting, introverted and in need of a person of her caring nature. Martin believes himself to be clever, his motivations hidden. Unfortunately, if there is a flaw in this narrative, it is that Martin's actions are fairly obvious.

The novel opens when Martin is an adult being interviewed by the police in a matter revealed much later. The story really begins, however, when Martin wins a scholarship to a prep school, Burtonbury. He imagines this transition from his shabby elementary school to be one where like minded young intellects sit near a roaring fire discussing great literature and is disappointed to find the students older but still adolescent. However, on Day One at Burtonbury, Martin meets the person who will be the focus of his life.

Ben Fitzmaurice is everything Martin is not - sporty, popular, connected, rich and good looking. It is easy to see why Martin spends the majority of his time finding ways to be in Ben's company. What is much less clear is why Ben puts up with Martin. Martin eventually worms his way into Ben's life and his family and refers to "my best friend Ben," well into adulthood. Martin follows Ben to Cambridge, agonizing over Ben's female admirers and, once again, placing himself in Ben's presence at every opportunity.

Then, Martin has a golden opportunity. This opportunity causes Ben's family to be forever indebted to Martin. Martin, oblivious, accepts the ongoing bribe but fails to see how this might mar his relationship with Ben.

Ben eventually marries the lovely Serena and they have big houses and several children - when Martin marries Lucy, they remain friends but as Serena becomes more involved with her children and Ben becomes more involved in his family and his career, Martin refuses to accept his diminishing importance in Ben's life. He is, "Martin, Ben's best friend."

For Ben's fortieth birthday, he and Serena throw a party in their new residence in the Cotswolds, a former home for an order of monks. Since there are multiple bedrooms in "The Priory," Martin assumes that he and Lucy will stay there - since they are, in all but name, family. By the time Martin realizes that no invitation has been issued for lodging, he and Lucy are forced to stay in a small motel near the motorway. Lucy, of course, feels the snub but Martin, as always, comes to the defense of "his best friend, Ben."

The party begins and there is much drinking, hundreds of people, but even then, Martin's objective is to be near Ben. He is impervious to knowing glances, outright laughter or snide remarks and injects himself into conversations by introducing himself as "Ben's best friend Martin." The night goes into morning and Lucy and Martin are summoned to the Priory library with only Ben and Serena. Martin, of course, sees the entire night as a prelude to inclusion, once again, into the Fitzmaurice inner circle. Lucy, drunk as she is, is helpless as she sees Martin about to self destruct. Will he?

SallyAnn
5,0 van 5 sterren Captivating
11 september 2017 - Gepubliceerd op Amazon.com
Geverifieerde aankoop
This was a very exciting read, brimming with suspense, anticipation and pace. The characters were complex, multi dimensional and not very nice human beings - oh, but they were so interesting! It was a clever, engrossing story with hidden agendas, out of kilter personalities and secrets in abundance. All the ingredients for a juicy read were woven in: love, lust, lies, obsession, jealousy, hate ... it covered the gamut. I think it was all the subversive, implied aspects of the story which grabbed me most of all. The author kept us on our toes the whole way, keeping an element of evil bubbling away just near the surface. This was a very well crafted story which was relentless in its strength and power - it sucked me in and kept me there. The inference that Martin was mentally unhinged really came to fruition at the end. Without giving anything away, Martin was well and truly ready to deliver some full on payback. I found the ending very satisfactory.
Meer lezen
4 mensen vonden dit nuttig
Vertaal recensie in het Nederlands

Sabrina
2,0 van 5 sterren Not One Good Character!
29 augustus 2017 - Gepubliceerd op Amazon.com
Geverifieerde aankoop
This is a well written book and I read it eagerly to get to the part to see what had happened at the "Party". What a let down! It wasn't anything at all at what I anticipated. I didn't like not one of the characters. It depressed me reading about them and I read to get my mind off my troubles for a few hours and not to be dragged down any further by the awful people in a book. The main character was an awful man who killed birds and his own cat. Why is it every first or second book novelist has to put in about some animal being killed? Yes, I know it is fiction but I don't have to like it and I keep a list of the authors and do not buy any more books by them.
Meer lezen
21 mensen vonden dit nuttig
Vertaal recensie in het Nederlands

Kin Asdi
3,0 van 5 sterren Not my cup of tea
10 maart 2020 - Gepubliceerd op Amazon.com
Geverifieerde aankoop
I heard such rave reviews I thought I would like this book, but I didn’t. Yes the writing was well crafted but the characters were shallow, hardly likeable and didn’t really develop. I kept reading to discover what actually happened at The Party that was so shocking - only a confrontation that should have happened 20 years earlier! The central character was a total creep, hardly credible that he would have had such a remarkable wife. The cult of celebrity and the English obsession with status and “what people might think”. I was intrigued to read an interview with the author in which she admitted that she was pretty depressed when she wrote this book and her disappointment and cynicism further to a divorce certainly shone through to me. What can I say? It seems this is a book you either love or hate.
Meer lezen
Een iemand vond dit nuttig
Vertaal recensie in het Nederlands

RueRue
4,0 van 5 sterren Privilege and obsession
3 juli 2018 - Gepubliceerd op Amazon.com
Geverifieerde aankoop
Well written story of obsession and privilege. It definitely kept my interest. The author did a good job of gradually revealing the true personalities of the characters. If you are someone who wants nice people and a tidy ending, this isn't for you. These characters are dark and twisted, and that made them interesting. (Some comparisons have been made to "The Dinner" by Howard Koch. There are some similarities, but I found this more suspenseful and better written.)
Meer lezen
2 mensen vonden dit nuttig
Vertaal recensie in het Nederlands
Ga naar Amazon.com om alle 97 recensies te bekijken 3,8 van 5 sterren
Ontdek het beste van shopping en entertainment
Gratis en snelle bezorging van miljoenen producten, onbeperkt streamen van exclusieve series, films en meer
> Ontdek Prime
Terug naar boven
Over ons
Verkoop bij ons
Amazon-betaalmethoden
We helpen je graag
© 1996-2020, Amazon.com, Inc. en dochterondernemingen