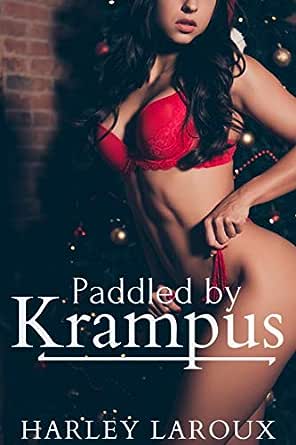 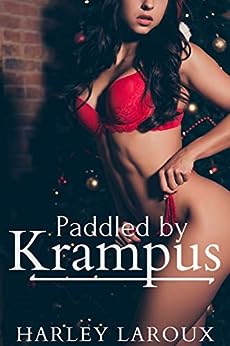 
Alvina is a very bad girl. Instead of learning magic from her kind Master Jareth, she naps during lessons, lies, and steals his magic potions. When she overhears Jareth speak of his miraculous pleasure potion, she can't resist stealing some for herself. In the dead of night she guzzles the brew, and is overwhelmed with uncontrollable magical orgasms.


Unlucky for her, Krampus - the monstrous punisher of the wicked - is wandering the woods on the night of her deceitful deed, and decides to punish her for her misbehavior.


Alvina is given a hard paddling by Krampus, helpless to escape as her magical arousal keeps her trapped in sensations of pleasure and pain. She's manhandled easily by the massive man-beast, dangled in the air and suspended to kick and struggle as she's spanked. Soon Alvina is begging for release, desperate to be stretched by Krampus's massive cock and filled with his seed.


Alvina receives a final, painful caning from her handsome Master Jareth, as Krampus instructs him in the ways of punishing his wayward apprentice.


WARNING! This book contains scenes of kinky fantasy play and rough sex. It is intended only for adult audiences.

Yaya
5,0 van 5 sterren Delicious
30 december 2019 - Gepubliceerd op Amazon.com
Geverifieerde aankoop
This little book is sexy, fierce, and hits too alarmingly close to home. I can confidently say that I actually wish the hot hot scenes would have been written longer and in even MORE detail, but this is purely my own preference and detracts absolutely nothing from Harley's wonderful writing. How yummy.
Meer lezen
Een iemand vond dit nuttig
Vertaal recensie in het Nederlands