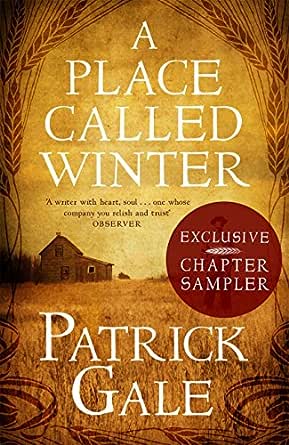 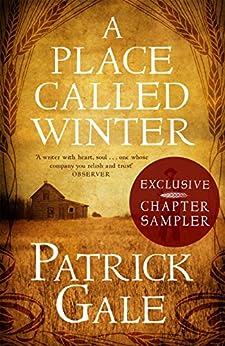 Steve Benner
4,0 van 5 sterren Powerful but pedestrian period piece
28 februari 2015 - Gepubliceerd op Amazon.com
"A Place Called Winter" is English author Patrick Gale's first attempt at an historical novel. The book is semi-biographical, in that it is based on the real-life character of the author's maternal great-grandfather, Harry Cane, who fled England in the early years of the twentieth century in order to escape a potential family scandal as a consequence on illicit love affair and started a new life as a Canadian homesteader. It is impossible to tell how much of Patrick Gale's novel is true to reality and how much is of his own imagining but the book gave me the impression that where facts were known, Gale had felt obliged to include them, even when they deviate quite some way from the narrative ideals of a purely fictional tale.

As a consequence, I feel, the early stages of the book are over-burdened with preparative background details which often feel irrelevant and which render a pedestrian air to the story, for all that they establish a strong feeling for the character of the protagonist. Apart from the opening "teaser" scene, borrowed from the end of the story, chronologically, it is not until half way through the book that any tension is introduced, though, and not until the two-thirds mark that the reader (and Harry Gale) finally get to meet the eponymous Canadian homesteading settlement, Winter, where everything finally starts coming together.

For readers principally interested in the Edwardian period detail that the author manages to portray so elegantly, none of the book's structural shortcomings will matter a great deal. It is, indeed, very much to the author's credit that even though nothing much of import occurs during the first half of the book, the read is never boring or tedious. It may be also that the book's gentle first half actually heightens the dramatic impact of the its closing chapters, for these certainly do feel to have been underpinned by all that precedes them.

Established fans of the author may find this book a bit of an odd departure from his usual style. Whether or not they will be able to forgive him this is hard to say but I have no doubt that "A Place Called Winter" will win him many new followers.