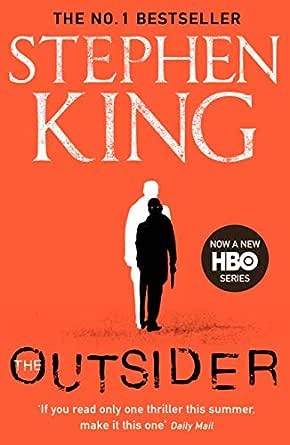 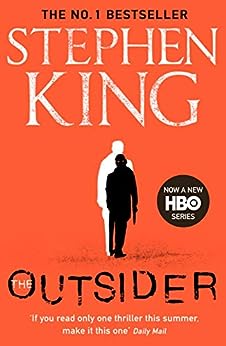 The Outsider: The No.1 Sunday Times Bestseller (English Edition) Kindle-editie

Soon to be an HBO and Sky Atlantic limited series starring Ben Mendelsohn.

'If you read only one thriller this summer, make it this one' Daily Mail

Except he was seventy miles away, with an iron-clad alibi.

Detective Anderson sets out to investigate the impossible: how can the suspect have been both at the scene of the crime and in another town?

An unspeakable crime. A confounding investigation. At a time when the King brand has never been stronger, he has delivered one of his most unsettling and compulsively readable stories.

Rebecca Harn
1,0 van 5 sterren Sexual violence/murder in detail towards a child in the first 14 pages.
11 september 2018 - Gepubliceerd op Amazon.com
Geverifieerde aankoop
This book should have come with a trigger warning. I understand that it is a crime/supernatural novel but no where in the preview of the book did it mention murder, molestation, rape and sexual violence towards a child. Wish I would have known about that before spending money on this.
Meer lezen
255 mensen vonden dit nuttig
Vertaal recensie in het Nederlands

This is more in the Mr. Mercedes universe than the old Derry/Castle Rock/Things that go bump in the night universe of old. It starts out being a perplexing murder mystery, and it's not until later in the story that supernatural elements start creeping in. By that time, though, you're so involved in the story that the supernatural elements seem plausible...and then they start making sense. As the book quotes, Arthur Conan Doyle (via Sherlock Holmes) said "Once you eliminate the impossible, whatever remains, no matter how improbable, must be the truth." King manages to eliminate the impossible, slowly yet surely.

I've started measuring how good I think a mystery/horror book is by how tense I get when I read it. I was extremely tense reading this one, wondering just what the solution was going to be.

I highly recommend this for anyone who enjoyed the Mr. Mercedes trilogy, or 11/22/63.

Paco
1,0 van 5 sterren Too many plot holes
1 november 2018 - Gepubliceerd op Amazon.com
Geverifieerde aankoop
To be honest, I couldn't finish this book. It had some plot holes, and some of the political stuff was so clumsily delivered that it jarred me out of the story.

Yes, I know Stephen King is a raging SJW, but he has written some great stories, so I typically don't mind his politics. I'm not a political person, so I could care less. Some things are better delivered with nuance, rather than a sledgehammer.

One of the witnesses, Willow Rainwater (the name is a glaring stereotype, and I can't take it seriously), seems like a carbon copy of Annie WIlkes - minus the cockadoodie. She is disagreeable with the cops, and no motive is given. The way her interview is conducted is just unbelievable. She's telling a story and cops can't interrupt? Since when is that normal?

Later in the story, there is a discussion between the DA and a cop, and one of them says that Willow Rainwater is not a reliable witness to use on the stand, because their fellow townsfolk still don't take too kindly to Native Americans. WTF? This is a contemporary story, not a pre-civil rights era story. Race is NOT a factor here.

The young boy was sodomized with a tree branch. It was done with such force that bark was stripped from the branch and a bloody hand print was left behind. However, the police never check the hands of their suspect for injuries. It never dawns on them. In the real world, that's one of the first things they'd do.

There are other examples of plot holes, and silly SJW nonsense, but I think this is sufficient.

To be honest, I think King is getting too old to keep up with the details, and he has gone off the rails politically. There is no nuance to his introduction of political views into his storytelling, which he used to be able to do. Americans are so trapped in politics that they can no longer relate to one another, and they don't know how to relax and have a good time. People read fiction for fun, not to be bludgeoned with clumsily delivered politics.

Stephen King wrote good stories when he wasn't obsessed with Twitter and could keep track of details. That's just no longer the case. It was a good run while it lasted. I am no longer a constant reader. Well, there's always the back catalog to revisit.
Meer lezen
195 mensen vonden dit nuttig
Vertaal recensie in het Nederlands

Carolyn Zint
5,0 van 5 sterren Must call in sick
23 mei 2018 - Gepubliceerd op Amazon.com
Geverifieerde aankoop
Damn you, Stephen King, Damn you to Hell! I had no sleep, the battery died on my Kindle, and my dog discovered me crouched in a corner gibbering like a mad monkey. The horror. The madness. Thank you, the one and only King, for giving me night terrors once again. Now, where's the coffee...
Meer lezen
886 mensen vonden dit nuttig
Vertaal recensie in het Nederlands

read_read_read
5,0 van 5 sterren Vintage Stephen King
23 mei 2018 - Gepubliceerd op Amazon.com
Geverifieerde aankoop
I loved this book! It’s always a sign of a good book when I can’t predict the plot. This book had me on the edge of my seat and made me feel a range of emotions from anger, sadness, and joy. I don’t like to include spoilers, so I won’t. This book was more old school Stephen King to me, and I liked that.
Meer lezen
259 mensen vonden dit nuttig
Vertaal recensie in het Nederlands
Ga naar Amazon.com om alle 4.424 recensies te bekijken 4,4 van 5 sterren
Terug naar boven
Over ons
Verkoop bij ons
We helpen je graag
© 1996-2020, Amazon.com, Inc. en dochterondernemingen