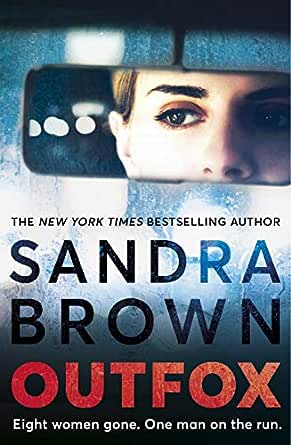 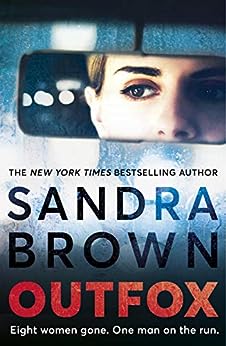 "One of the best thriller writers around, period."--Providence Journal

"A novelist who can't write them fast enough."--San Antonio Express-News

"Sandra Brown is a publishing icon, and Outfox may be her best book ever . . . [a] fast-moving story that will please her millions of fans."--New York Journal of Books

"Sandra Brown is a master when it comes to rogue characters, increasing the level of tension to cause the pace of the narrative to move faster and faster . . . This time she not only nails a story that has several surprises, but also maintains the quality that everyone expects in her novels."--Associated Press

"Sandra Brown continues her string of remarkable hardcore thrillers with the canny and clever Outfox . . . Sultry, scintillating storytelling of the highest order that never lets up or lets us down."--BookTrib.com

"An engrossing thriller . . . Well-defined characters complement the twisty plot, which ends with a gratifying final revelation. Brown once again shows why she remains at the top of the suspense field."--Publishers Weekly

"Outfox is packed with suspense and love. It is an extraordinarily satisfying and entertaining novel."--The Washington Book Review

One man with multiple identities.
Eight women who vanished without a trace.
The next likely victim . . . his wife.

FBI agent Drex Easton is driven by a single goal: to outmaneuver the conman once known as Weston Graham.
Over the years, Weston has assumed countless names and disguises, luring eight wealthy women out of their fortunes before they disappeared without a trace. The only common trait among the victims: a new man in their life who also vanished.

Drex is convinced that these women have been murdered, and that the man he knows as Weston Graham is responsible. But each time Drex gets close to catching him, Weston trades one persona for another. Now, for the first time in their long game of cat and mouse, Drex has a suspect in sight.

Attractive and charming, Jasper Ford is recently married to a successful businesswoman, Talia Shafer. Posing as a new neighbor, Drex attempts to get close to the couple.

This is Drex's one chance to outfox his cunning nemesis before he murders again. But first he must determine if the desirable Talia is a heartless accomplice . . . or the next victim.

ryan davis
2,0 van 5 sterren Not worth the money.
10 augustus 2019 - Gepubliceerd op Amazon.com
Geverifieerde aankoop
The author's work has declined in recent years, and this latest attempt was very disappointing. I did not enjoy the characters and did not feel empathy for any of them, despite the plot line. Given the author's plot twists in previous books, I anticipated the surprise in the final chapters. It took me several days to finish the book, simply because the content never captured my undivided attention. The book was expensive, which makes me even more disappointed. I agree with one reviewer who commented on the number of grammatical and typographical errors. If the author took over a year to complete the book and the publisher/editor charged the exorbitant price for an e-book, then they could have hired another reader to find and correct the errors. PLEASE take note that good editing should be a priority.
Meer lezen
92 mensen vonden dit nuttig
Vertaal recensie in het Nederlands

Kindle Customer Christina Paul
4,0 van 5 sterren Disappointed..
8 augustus 2019 - Gepubliceerd op Amazon.com
Geverifieerde aankoop
I have been a faithful reader for fifty(?) years now, but never once encountered so many grammatical errors/insults!!!!
Pallet instead of palate, champing, stamping, wild hares....!!!! And those are only the ones coming to mind right now!!! Editors on drugs??
Meer lezen
59 mensen vonden dit nuttig
Vertaal recensie in het Nederlands

Pithy Grandma
3,0 van 5 sterren Unbelievable...
7 augustus 2019 - Gepubliceerd op Amazon.com
Geverifieerde aankoop
I usually enjoy Sandra Brown's books and I look forward to her new ones. This was borderline awful. It just didn't make sense. The heroes motivation was flimsy and his hunt for the antagonist was unrealistic. The characters
were unlikeable and the female lead was so weak! There is a cool plot twist at the end....
Meer lezen
45 mensen vonden dit nuttig
Vertaal recensie in het Nederlands

JKM
2,0 van 5 sterren Bad romance novel
11 augustus 2019 - Gepubliceerd op Amazon.com
Geverifieerde aankoop
No. It is unbelievable at best. I hope that no FBI agent would treat a female as the “hero” in this book does. Unwanted advances, flirting, touching by an FBI agent of the married woman is unacceptable. The hero is obviously a narcissistic misogynist who flaunts the rules. This book is nothing more than a cheap, bad, bodice ripping romance wrapped up as a mystery.
Meer lezen
36 mensen vonden dit nuttig
Vertaal recensie in het Nederlands

I read a LOT and I have read several of Sandra Brown's other books and found them mildly entertaining. However, this may be one of the worst books I have ever read in my entire life. Shallow characters, shallow plot ... virtually nothing in this book is remotely believable. It is more like an R-rated fairly tale. Man in search of serial killer, moves in next door to his suspect, meets suspect's wife and they both IMMEDIATELY begin fantasizing about sex with each other ... not so bad, except they fantasize about sex with each other even when in peril (which is often - both the fantasizing and the peril) ... and the peril is shallow as well. The two main characters are being watched over by a Fairy Godmother and when anything goes bad, poof, she fixes it immediately. I found nothing about this book that I liked: The serial killer and plot were totally unbelievable, the (???) FBI agent trying to find him was a sex crazed, on the edge character with few if any redeeming qualities, the wife of the serial killer was a sex crazed as the (???) FBI agent and she knew absolutely NOTHING about her husband's life, but (drum roll) in the end, the serial killer meets his maker, the (???) FBI agent and the killer's wife hook up everywhere, both are independently wealthy and, oh, despite her problems conceiving, he gets her pregnant and they live happily ever after. What a waste of my time and money. Probably won't be reading anymore Sandra Brown books if this is the best she can do.
Meer lezen
32 mensen vonden dit nuttig
Vertaal recensie in het Nederlands
Ga naar Amazon.com om alle 474 recensies te bekijken 4,3 van 5 sterren
Terug naar boven
Over ons
Verkoop bij ons
We helpen je graag
© 1996-2020, Amazon.com, Inc. en dochterondernemingen