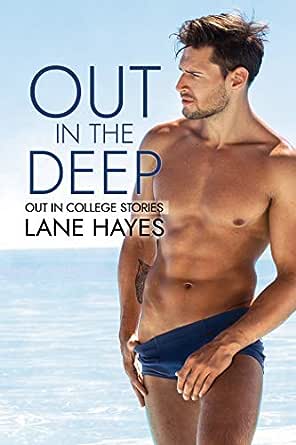 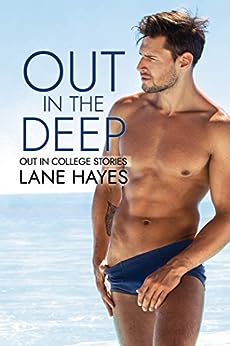 Derek Vaughn is a little too serious. He’s a type A control personality with a penchant for order and a love of water polo. But he’s determined to enjoy his last year of college. The real world with a serious job and big expectations can wait for a few months. He’s going soak up every minute on campus with his friends and teammates before he moves on. The only possible kink in his plan is the new guy on the team… also known as his nemesis.

Gabe Chadwick has big Olympic dreams. His transfer between Southern California universities has nothing to do with scholastics. The degree is his backup plan. He’s not there to party or make friends. And he certainly isn’t going to announce his sexuality. But he can’t deny there’s something special about the uptight team captain. However, when an unwitting friendship and mutual attraction collide, both will have to decide if this is the real thing or if they’re about to lose it all in the deep.

Lili
5,0 van 5 sterren 5 Stars!
29 augustus 2018 - Gepubliceerd op Amazon.com
Geverifieerde aankoop
Out In the Deep by Lane Hayes is precisely the type of story I enjoy getting lost in. It's about two college athletes who are still closeted. While at first, they have a massive rivalry they soon have to find a way to work together since they both end up playing for the same team--> in more ways than one. :D

-I love New Adult but admit to steering clear of them because sometimes authors throw so many problems that the angst feels unnecessary and forced. Derek and Gabe both have issues to resolve, but overall the story is low angst and has a feel-good vibe. I admit, I was worried there would be unnecessary ex-drama, but it didn't escalate to the point I thought it was going to. That would've ruined it for me so thankfully it didn't.

-Opposite personalities. Derek is type A and Gabe is more laid back, and I think they complimented each other well, both in and out of the pool.

-Bisexual. As a bisexual, I always love stories with bisexual representation.

-This story is cute, funny, and sweet.

-The chemistry between Derek and Gabe is palpable.

-The end, I bought into their happy ending; I felt it was believable.

Then give this a go! Out In the Deep is a fantastic start to the Out in College series, I can't wait for the rest of the books.

Enlightenup04
5,0 van 5 sterren Out and Out Perfection
30 augustus 2018 - Gepubliceerd op Amazon.com
Geverifieerde aankoop
I won't go into the synopsis much. Gabe and Derek are college water polo players who go from rivals to teammates to friends to soulmates. i was totally surprised at how much i loved Derek and Gabe's story. I don't read many college age books. Out in the Deep had a different feel though, ageless, timely, important yet never preachy. These two young men had reasons to be scared of being publicly out as gay athletes even in So-Cal where love is love is easily excepted. What could have been an angst fest was refreshingly played out with bravery and honesty. Derek and Gabe were perfect together, when they finally figured it out. Watching them both fall in love was why i read this genre. There was one point in the story though where you'll need tissue, my heart !!! Lane Hayes is a true story teller who never lets me down This book was romantic sexy, and heartwarming.
Totally recommend.
Meer lezen
3 mensen vonden dit nuttig
Vertaal recensie in het Nederlands

Bo
4,0 van 5 sterren Not Quite Swimmingly
14 september 2018 - Gepubliceerd op Amazon.com
Geverifieerde aankoop
This is a somewhat sweet enemies-to-lovers tale that takes place in the world of water polo, which we come to learn about and care about through the eyes of Derek (I think on the cover) and Gabe, his antagonist from another team who suddenly transfers to Derek's school to hone his skills for the Olympic trials.

That Derek is conflicted from the start by the fact that he starts to get these palpitations whenever he is in Gabe's presence, which he doesn't understand because he's always considered himself straight, plays right into the narrative that a lot of Gay4You tomes detail.

How he comes to realize he might be attracted to Gabe, and how Gabe comes to the conclusion that Derek is not an enemy but a possible boyfriend, is a bit convoluted but never without a smoothly detailed narrative. I thought the narrative could have improved, however, if we had some input from Gabe's POV, but whatever. This is a harmless and fairly quick read with lots of heat when it's called for.
Meer lezen
Vertaal recensie in het Nederlands

Cameron
5,0 van 5 sterren Wonderful feel good story about falling in love
28 augustus 2018 - Gepubliceerd op Amazon.com
Geverifieerde aankoop
Out in the Deep is a wonderful feel good story about falling in love. Derek and Gabe are both college water polo players discovering who they are as individuals as well as a couple. There’s plenty of passion between them that’s always hot, often sweet, and sometimes wrapped up with tenderness. As always, there’s a substance to Lane Hayes’ writing, making this short and sweet novella a complete love story. I loved this one and I’m excited to see what’s next in this series. I highly recommend Out in the Deep!
Meer lezen
Een iemand vond dit nuttig
Vertaal recensie in het Nederlands

MLKito
5,0 van 5 sterren Holy Hotness
30 augustus 2018 - Gepubliceerd op Amazon.com
Geverifieerde aankoop
I love an enemies to lovers story.
This was a great one. You are hooked from page one.
Der and Gabe are both on the same water polo team. Where it gets complicated, is that they are really attracted to one another but cannot show it. This is their journey to learning it's ok to be yourself.