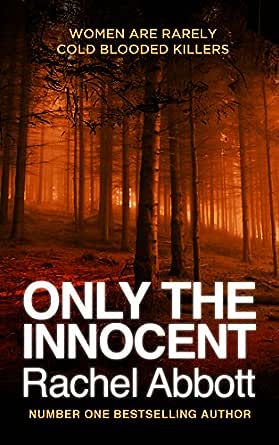 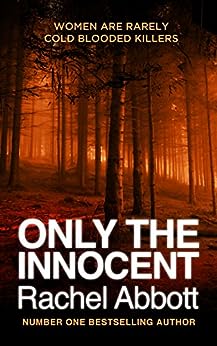 An Amazon Number One Bestseller

A man is dead. The killer is a woman. But what secrets lie beneath the surface - so dark that a man has to die?

Women are rarely cold blooded killers. But when famous philanthropist Hugo Fletcher is found dead, there is no doubt in anybody's mind that the killer is a woman. And it is clear from the precision of the planning that this was no crime of passion. It was an execution.

The victim was revered the world over for his charitable work with trafficked Eastern European prostitutes, and as at least one of these girls is missing, Detective Chief Inspector Tom Douglas is certain that there has to be a connection.

But nothing is as it appears on the surface. A web of complex relationships is gradually revealed and it seems that everybody has something to hide. As each horrific secret is exposed, Tom Douglas begins to realise that this is much more than a simple murder case. And he has a terrible dilemma to face - whether to punish the guilty, or protect the innocent.

What people say about Only the Innocent

"Abbott carefully constructed a world of mystery, depravity, sex, violence, manipulation and intrigue on so many different levels that I can honestly say you truly have to read until the last page to understand and appreciate the complexity of the story." Karen DeLabar: Writing on the Rocks

"Excellent and intriguing start which had me hooked from the first page." S Wilton

"A brilliantly written storyline that's hard to put down, I highly recommend this book and the author." Janet Clark

Every moment of Sir Hugo Fletcher's life has been chronicled in the British press: his privileged upbringing, his high-profile charity work to end human trafficking--even his two marriages. But when the billionaire philanthropist is discovered murdered in his London home, tied naked to a bed, the scandal is only a shadow of the darkness lurking off-camera.

Laura Fletcher returns from an Italian vacation to find her husband dead and her home under siege by paparazzi. Is she shocked? Yes. But is she distraught? Not exactly. Especially when Chief Inspector Tom Douglas reveals his suspicions that Hugo's killer is female. Laura always knew she wasn't the only woman in Hugo's life. And she knows she wasn't the only one with a motive to kill.

The deeper Douglas digs, the more sordid details about Hugo Fletcher he uncovers. And yet nothing compares to the secret Laura guards, a secret that could bring the guilty to justice--or destroy an innocent life forever.

VeeVon
3,0 van 5 sterren Intrically Written Tale: Spoiler!
23 oktober 2014 - Gepubliceerd op Amazon.com
Geverifieerde aankoop
Very cleverly written story of abuse on many levels. It kept my interest, but I had to pause and put it down many times due to the depth and description of the psychological abuse. I don't think Laura tried hard enough to expose Hugo; didn't find that believable. So much more she could have done: hidden cameras, mics/recorders etc. The most unbelievable part was that even though she did what she did to protect Alexa; she absented herself from Alexa's life for years, very falsely believing that Alexa was safe from her father due to her young age. Ms Abbott should have done more research on child sexual abuse in general and particularly father/daughter incest.
While it was a very well written & engrossing story; if I"d known what it was ultimately about, I would never have picked it up. Too very disturbing and don't believe that incest should be used for entertainment in any case. But, I allowed myself to get sucked in and wanted to know what happened & how she did it. But, now I wish I had just put it down when I realized the subject; never to pick it up again. Read at your own risk.

Petra
3,0 van 5 sterren Gets better as the series continues
31 mei 2016 - Gepubliceerd op Amazon.com
Geverifieerde aankoop
A couple of years ago, I listened to The Back Road by Rachel Abbott and really enjoyed it. Then I discovered that The Back Road was actually the second book featuring DCI Tom Douglas. Only The Innocent is the first. If I had started with this one, I don't think I would ever have bothered with The Back Road.
At the heart of it, Only The Innocent has a really promising story of prostitution, human trafficking, sexual and domestic abuse to tell, but the execution was disappointing. Part of the story is told through letters the protagonist has written but never sent to her best friend. She then hands these letters over to her while the two are together in the same house. This really didn't work for me at all. Firstly, the letters were written in a manner that nobody would have ever written them, and secondly, the reading of the letters disturbed the flow of the story. A lot of the writing felt forced. It was all telling not showing.
Some of it reminded me of traditional cozy mysteries set largely in an old manor house with characters that had more money than sense. The whodunit and why became apparent quite quickly but it took forever to get there. I really liked Tom Douglas in The Back Road, not so much in this one. But at least it explained his history and I now understand his behavior in the next book much better.
I will continue with Sleep Tight, the third book, as I'm hoping the improvement from this to The Back Road will continue further in the third book.
The audiobook narration by Sarah Coomes was very good and it's probably down to her that I didn't give up when the plot became slightly dreary.
Narration 4 stars, Story 3 stars, Writing 2 stars.

Christine Terrell
4,0 van 5 sterren Excellent characterization combine with multilayered plot!
7 april 2018 - Gepubliceerd op Amazon.com
Geverifieerde aankoop
I’m not sure why I waited so long to try this series. After all, most of my thriller-loving Goodreads friends have read Ms. Abbott’s works, and with the name Abbott, her books always come up first on my sorted-by-author to-be-read list. I have also collected 5 of her books over the years through Amazon sales. Only the Innocent finally called my name and I settled in with great anticipation.

At first I was disappointed. I am currently in police procedural mode with my reading, and since the series is titled the “DCI Tom Douglas “ books, I thought that’s what I would be getting. After reading the first few chapters, however, it appeared I was headed into “psychological thriller” territory—a genre I am currently generally tired of. At this point it was a slow go for me. I soldiered on, however, and am so happy I did as this is not at all your usual 2018 psychological thriller type of thing, and the police procedural angle finally kicked in as well.

This novel is so multilayered. The family drama component is full of intrigue and is somewhat “goth-oid” thanks to the frequently used dreary setting of a mausoleum of a house. There are fascinating relationships amongst various people. I loved Laura and Imogen and Laura’s mom Stella. DCI Tom Douglas is a very decent guy who was dumped by his materialistic wife; she also took his beloved 4-year-old daughter Lucy with her. Bad ex-wife. His character is pretty bland in the beginning, but as the book progressed I really gravitated to his corner and am excited to see how Ms. Abbott develops him further. In this story he struggles mightily with the definition of “the right thing” as well as the nature of his relationship with Laura.

And then there’s the villain, the despicable Hugo Fletcher. What a @*($# this guy is. I usually can’t stand to even read about people like him, but because any overt physical abuse was minimized (relatively so), I never once considered throwing in the towel. On the other hand, I loved loved loved his sister Beatrice! What a character. Hey, Ms. Abbott, how about a spin-off book for Beatrice?

The plot is a tangled labyrinthine of a tale. And I mean in a good way. It was so fun trying to figure out what the heck was going on and how everything could possibly tie together. Kudos, Ms. Abbott, for this.

Other things I liked were the decisions to tell portions of the story in letter form and the title of the book. It took to the very end to realize the meaning of the title, but it could not be more perfect.

If you want solid characterization and a compelling plot, look no further than Only the Innocent. I really look forward to working my way through this series.

Modern Xena
1,0 van 5 sterren Blah
30 december 2014 - Gepubliceerd op Amazon.com
Geverifieerde aankoop
My friend recommended this to me as a solution to my Gone Girl addiction. If you've received a similar recommendation, let me stop you here.

The concept is good, but the writing can't back it up. There's no sense of suspense or danger, which is... kind of essential, in a book like this. In full disclosure, I couldn't make it all the way through this book: I just didn't care enough.
Meer lezen
13 mensen vonden dit nuttig
Vertaal recensie in het Nederlands

madmairgread
1,0 van 5 sterren Wish I Hadn't Spent the Money
29 april 2015 - Gepubliceerd op Amazon.com
Geverifieerde aankoop
I'm usually not comfortable writing bad reviews but this book was so bad that I'm forging ahead. The concept seemed interesting and there were so many great reviews that I just had to have the book. It was, in a word, boring. The main characters weren't engaging. Found I didn't really care about any of them. The strategy of the letters used to fill out the story was also boring, So I flipped through to the end. What a waste of time and money. I simply cannot understand all of the five-star reviews. I wish Amazon offered a no-star option.
Meer lezen
7 mensen vonden dit nuttig
Vertaal recensie in het Nederlands
Ga naar Amazon.com om alle 1.966 recensies te bekijken 4,3 van 5 sterren
Terug naar boven
Over ons
Verkoop bij ons
We helpen je graag
© 1996-2020, Amazon.com, Inc. en dochterondernemingen