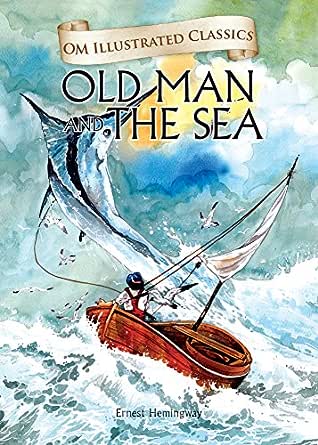 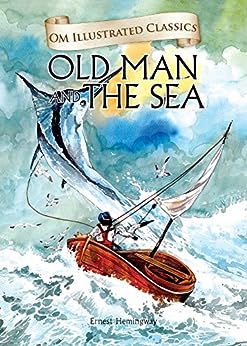 The Old Man And The Sea (English Edition) Kindle-editie

For old man Santiago, catching the biggest marlin in the deep sea has become an obsession. But even after 84 days at sea, the deprived old man is unable to break the bad luck that seems to be following him around. While the whole village of fishermen has given up on him, it’s only his young apprentice, Manolin, who supports his passion, but he too is forbidden by his parents to accompany the old man into the sea.
The 85th day changes everything. Alone, for the next three days, Santiago fights with the forces of nature and with the shortcomings brought on by his old age in search of the great catch.
One of Ernest Hemingway’s best works, The Old Man and the Sea, explores the themes of mortality, honour-in-defeat and man’s place nature.
click to open popover

KFinFL
5,0 van 5 sterren Still great after all these years..
12 december 2016 - Gepubliceerd op Amazon.com
Geverifieerde aankoop
This was one of about 3 required readings l read back in high school without resorting to the cheater book, 'The Monarch Guide'.. It is short enough to read in two nights even being the slow reader l am... As a high school kid you can appreciate the 'learning from the old guy' thing going on with 'the boy' in the story... l have always thought on the many impressions l got when l read it the first time, and l decided that l should really read it again from the perspective of my older age. Now, at 65 yr old and having gotten through throat cancer, a couple back operations and through a few failures of my own, l admittedly may be a bit of a 'tired old man' myself.. l really related to the old man and his lonely effort to still 'get that big one'... I believe l enjoyed it better as an 'old man' than l did as 'a boy'... Now being older and wiser and not thinking of it back in the school discussions, l have got ask, ...when he was down to half of the fish, why didn't he pull that last half into the boat?? I also did not remember from school that Hemingway received the Pulitzer Prize for this book... So all you now Old Men of the Sea, need to give it another read...
Meer lezen
55 mensen vonden dit nuttig
Vertaal recensie in het Nederlands

John Mccarthy
5,0 van 5 sterren A Masterpiece. A True Masterpiece.
21 november 2016 - Gepubliceerd op Amazon.com
Geverifieerde aankoop
A Love Story. Yes, A Love Story. But not what you may be thinking...

It is about the love between the 'Old Man' (Santiago) and a young boy, his protege, his apprentice, his beloved companion, and about the boys love for him, too.

And if love is also 'committment,' as it surely is, this, too, is what this book is about...The 'old man's' commitment to break his streak of 84 days without a catch. His willingness to to row way, way, way out, way beyond where any of the other fishermen were toiling...and to do this by himself, alone.

And it's also about his love of (commitment to) fishing and, yes, his love of the 18' marlin (over one thousand pounds) that he caught, and with whom he dialogues throughout this wonderful tale..AND dialogues with him even after he had killed him, and, then, finally his ferocious committment to preserve the fallen fish, now dead, from the sharks that relentlessly tore into its carcass.

This is also a book about nobility, about singleness of purpose, about purity of heart and bravery, endurance, and about friendship....about the love of the 'old man' for the boy, and of the boys love for the 'old man.'

For Hemingway, who wrote 'The Old Man' when he was in his early 50's, this book was, I believe, a plaint, a cry about beauty, and about man at his best, and about good fortune and bad fortune, and about loss and sadness, and, in the end, about emptiness.

The Old Man and the Sea is artistry, pure artistry at its greatest, nary a spare word, never complicated...always lucid, aways compressed, transparent, pure. I have read that Hemingway labored over each and every word, each and every phrase, and edited and re-edited it endlessly.

Only 127 pages, it is an easy read that bears periodic rereading...For this review, I have read it twice, and listened to it on tape twice...and I had read it before when I was in college in the late 1950's.

Hemingway died about 9 years after this book was published...In some ways, The Old Man and the Sea can be considered his last and final testament...and what a beauty it is...A true treasure. And, of course, it did win both a Nobel and a Pulitzer...

Finally, I don't want or mean to suggest or imply that this book is 'heavy.' Anything but...It catches perfectly the 'lightness of being' in it's descriptions of the weather, the processes of fishing, and the Old Man's love for baseball and Joe DiMaggio, and his arm wresting with a huge black man in Havana...In short, this book is also fun...

januarysend
5,0 van 5 sterren A New Discovery with Every Reading
29 september 2016 - Gepubliceerd op Amazon.com
Geverifieerde aankoop
I have read this book several times, and each time I find some new meaning, something deeper than I had noticed before. No writer I know of could reach so far into the hearts of this boy and this old fisherman as Ernest Hemingway. The story speaks to something human that is indescribable, too deep for words. This time I was struck by the clash of the old man's excruciating fishing experience with the indifference of the waiter at the end, who when asked by a tourist what that wreckage of bones is, floating out there, just shrugs and says, "Tiburon." (shark), a fish which is a common, everyday sight in the Havana Harbor of the time. The waiter stands in for the big, silent, looming character -- The Indifference of the World. It's a marvelous story, Hemingway at his absolute best.
Meer lezen
34 mensen vonden dit nuttig
Vertaal recensie in het Nederlands

Zachary Littrell
5,0 van 5 sterren The perfectly sized Man vs Nature story
23 september 2017 - Gepubliceerd op Amazon.com
Geverifieerde aankoop
It's a short book basically about an old man spending days trying to catch a really big fish, while talking to himself about Joe DiMaggio and whatever else pops in his head. If that already sounds like too much of a snore-fest, this probably isn't the book for you.

But if you give it a chance, what a story! It puts other Man vs Nature stories to shame. Hemingway puts you in the boat with this old man, and watch his fortunes rise and fall, and how he copes with physical and mental pain, alone and far from shore.

For such a short book, by the satisfying end, you leave feeling like the the old man's constant friend, the boy: sympathetic for the old man's struggles, but in complete admiration of his spirit.
Meer lezen
13 mensen vonden dit nuttig
Vertaal recensie in het Nederlands