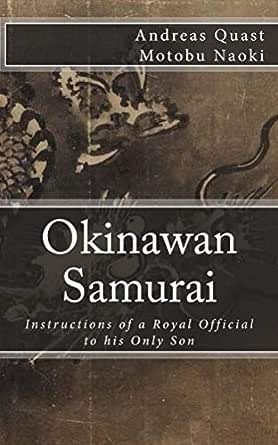 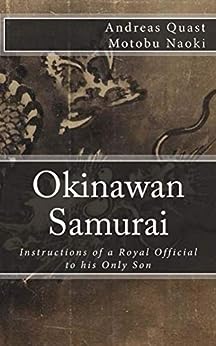 Okinawan Samurai: The Instructions of a Royal Official to his Only Son (Ryukyu Bugei Book 4) (English Edition) Kindle-editie

Troubled about the future of his only son and heir, a royal government official of the Ryukyu Kingdom wrote down his ‘Instructions’ as a code of practice for all affairs. Written in flowing, elegant Japanese, he refers to a wide spectrum of artistic accomplishments that the royal government officials were ought to study in those days, such as court etiquette, literature and poetry, music, calligraphy, the tea ceremony and so on. The author, who achieved a remarkable skill level in wielding both the pen and the sword, also informs us about various martial arts practiced in those days. Translated from Japanese for the first time, from centuries-long puzzling seclusion the state of affairs surrounding an 18th century Okinawan samurai vividly resurrects in what is considered ‘Okinawa’s most distinguished literature.’
click to open popover