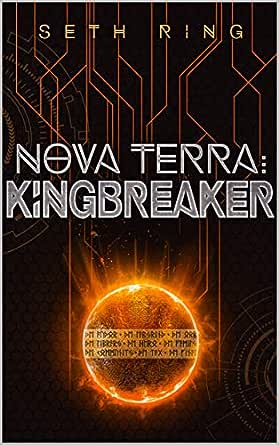 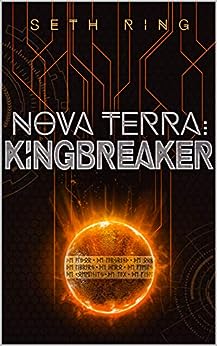 Having defended Moon Wolf Citadel from the super guild, Ragnarok, and carved out a place for himself in Nova Terra, Thorn stands on top of the fantasy world. But Nova Terra is not as simple as it seemed and Thorn quickly discovers the political leaders in the capital of Northern Angoril turning jealous eyes on him. The young Titan is forced to take a step back, beset by complications on every side. With players flocking to Greymane Valley, the pressure of ruling the Wolfkin grows, not helped by Ragnarok’s unrelenting attempts to destroy his fledgling guild. Balancing the threats to Greymane Valley, pressures from an aggressive super-guild, and his own need to rebuild relationships with his reformed team, Thorn must step up in a way he has never before, or risk everything he has built falling apart.

Under the continent of Angoril an ancient race stirs. Courdum the Stone King has woken and desires to reforge his empire. The evil mage gathers his cursed brethren and the Stone Legion is on the march.

The book starts a bit differently this time, with Thorn heading to the capitol to increase his rank. I enjoyed this part quite a bit, as it puts Thorn in a new situation that unfortunately we don't get to see again for the rest of the book. I could have read an entire book based on machinations within the capitol and on crusade.

The rest of the book is what has come to be standard fare: big quest (World Quest this time), Thorn goes above and beyond, and then Ragnarok and Sylith pull dirty tricks. There is a learning curve for Thorn here, which was a nice touch I think. There is also a definite setup for book 4.

The one thing I'm not thrilled with is Ragnarok. As a protagonist the fit the bill, but three books in I'm ready for Thorn to face something new. Even if they defeat Sylith, I'm starting not to care. All the money opportunities that Ourobouros and Angdrin referred to haven't really been seen, which makes me wonder what they're after other than the top spot as the baddest guild.

What I would like to see is Thorn et al caught behind enemy lines facing the devils, or almost anything that doesn't involve Ragnarok. Obviously I think I still love the series, but I think the protagonist needs a shake up.

Otherwise, I have few complaints. I enjoyed the book, and seeing Thorn come into his own along the way. I do wish it was on KU as many others probably do, but I can get over that.

D. Bennett
5,0 van 5 sterren Awesome book! A must read.
29 september 2019 - Gepubliceerd op Amazon.com
Geverifieerde aankoop
Wow what a Rollercoaster ride! I tryed but failed to read it in one sitting but that was my fault and not the author's. I didn't notice the book was out until I was about to go to bed after a long and busy day. So I didn't start reading until 11pm until I finally had to sleep at around 5 am. But I finished as soon as I woke up. Wonderful world building and character development for the MC, Thorn. He is learning hard truths about the challenges/burdens of leadership but keeps pressing forward, facing the challenges and always learning. I can't wait for book 5. Please Seth don't keep us waiting long. Now I have to find some food.
Meer lezen
Vertaal recensie in het Nederlands

Phoenix
5,0 van 5 sterren Still Epic
8 oktober 2019 - Gepubliceerd op Amazon.com
Geverifieerde aankoop
This the third book in the series does not disappoint. The addition of politics further complicates Thorns progression. However the big man of course Rises to the occasion. The bigger the shoulders the greater burden it can bare. This truth seems to plague Thorn. His personal progress is slow but steady as he learns more about the game that is his life for now. Treachery by other high-level guilds encumbers their progress however Thorn is not known for giving up. This is why the series is awesome. Well written and intriguing. And a nice setup for the Nextbook.. as usual can't wait for it.
Meer lezen
Vertaal recensie in het Nederlands

Amazon Customer
4,0 van 5 sterren Fun read
22 januari 2020 - Gepubliceerd op Amazon.com
Geverifieerde aankoop
It’s a great and interesting setup for the main character and I love that he is big and strong enough to go toe to toe with the big bads (even if he needs a support army to keep him up) which makes for some fun and interesting fights.

The litrpg books I’ve read either give you excruciating detail into their gaming system or they miss some really obvious things that the mc would definitely be doing. This one falls into the later category which I prefer out of the 2. However I admit it does bother me that he keeps going on about how he wants to do everything in his power for the players and npc’s he is responsible for but

-3 books deep with unlimited funds, always on the front line needing heals and buffs and he doesn’t bother to get any gear above starter.
-He now has a Barony to build and run yet he hasn’t decided to find out what benefits he would get if he registered his business and town planning degrees in game.
-He has just spent 60 million on a castle/city with a view to making hundreds of millions off the investment and neither him nor his aunt (one of the most ruthless, capable business woman in the world) think to bring in professionals to help run it. They are relying on a 20 something communication major with somewhat questionable loyalty and some npc’s to manage his town guild and barony.
Meer lezen
Vertaal recensie in het Nederlands

There was only one part of the book that kind of ticked me off and that was the chars attitudes after the furnace room.. that was literally the best possible outcome beside complete victory. People thought they’d die a slow death, instead they take down almost all enemies, then they come back angry at the guy that decided to fight??