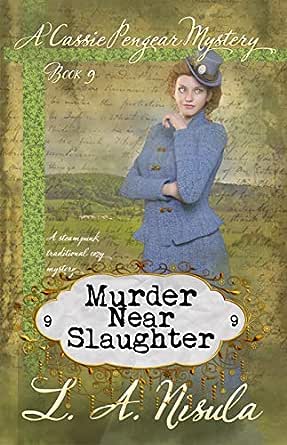 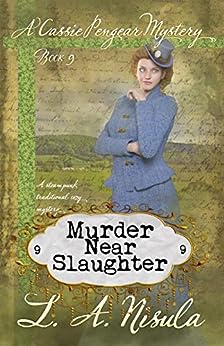 Cassie Pengear was expecting a relaxing holiday in a Cotswolds village near Lower Slaughter, staying in a cottage borrowed from a friend of her landlady. She was not expecting to spend most of her first day there trying to find someone to give them the key to the cottage. And she definitely wasn't expecting to walk in the front door and find a body on the sitting room rug. Now the local police consider her and Mrs. Albright suspects, and the London man she was counting on turns out to be Inspector Wainwright. If she wants to clear their names, Cassie will have to solve the murder near Slaughter.


In a Victorian England that almost existed, a steampunk London where tinkerers and clockwork devices exist alongside handsome cabs and corsets, murder is still solved by traditional observation and intuition. This is the London where American typist Cassandra Pengear finds herself stumbling over corpses and helping Scotland Yard detectives solve murders (although they inexplicably prefer to call it interfering). Follow her adventures in the Cassie Pengear Mystery series, beginning with The Killing at the Carnival.
click to open popover