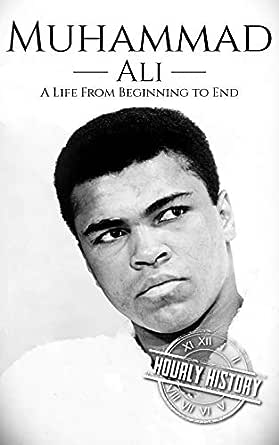 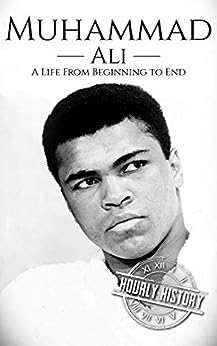 Cassius Clay Jr. The Greatest. The Louisville Lip. The People’s Champion. Muhammad Ali. All are names for one of the greatest boxers of all time. Muhammad Ali lived a life that produced some of the most notable boxing matches ever. He also had battles outside of the boxing ring—battles that included fighting with the federal government for his freedom as well as fighting against his debilitating Parkinson’s disease.

You’re about to embark on a journey of greatness. Dive into the life of one of the greatest athletes ever to grace the boxing ring, Muhammad Ali. Ali’s life wasn’t perfect—it was full of twists and turns and conflicts, inside and outside the ring. But his life was truly meaningful, and it made Muhammad Ali worthy of the title he often used to describe himself, “The Greatest.”

Discover a plethora of topics such as
So if you want a concise and informative book on Muhammad Ali, simply scroll up and click the "Buy now" button for instant access!

Modupe Hendricks
4,0 van 5 sterren This e-book hits all of the highlights of Muhammed Ali life
26 mei 2019 - Gepubliceerd op Amazon.com
Geverifieerde aankoop
This e-book about Muhammed Ali gives a brief but comprehensive history of his life. This e-book provides an excellent overview of Muhammed Ali life that can be read in less than an hour. The book demonstrates that Muhammed Ali was more than a boxer; he was also a humanitarian. I’ve always admired him, and I am greatly satisfied with the e-book. Of course, I feel one should read some of the larger biographies to get the full flavor of his life.
Meer lezen
Vertaal recensie in het Nederlands

Bonnie J. Clark
5,0 van 5 sterren Oh so much more....
26 december 2019 - Gepubliceerd op Amazon.com
Geverifieerde aankoop
There was so much more to Muhamed Ali than I had ever suspected. Even though I spent my 20s and 30s knowing about Ali and watching him fight, there was still so much going on behind the scenes that I did not know about. The information within this brief hourly history document was most enlightening. I enjoyed reading it.
Meer lezen
Vertaal recensie in het Nederlands

Walter Ferguson
5,0 van 5 sterren An Inspiring Life
29 maart 2019 - Gepubliceerd op Amazon.com
Geverifieerde aankoop
Mohammed Ali lived an amazing life. He was a champion in so many ways; boxing was the easy part: He fought governments for what he believed in, and raised millions to help others. If you want to read about an inspirational mam, GRAB this book!
Meer lezen
Vertaal recensie in het Nederlands

James Atwell
4,0 van 5 sterren I am the greatest
19 april 2019 - Gepubliceerd op Amazon.com
Geverifieerde aankoop
A great biography about a great fighter. He was more then a trash talking fighter. He fought for what he believed in. From protesting the Vietnam war to standing up for civil rights . I enjoyed reading about his life.
Meer lezen
Vertaal recensie in het Nederlands