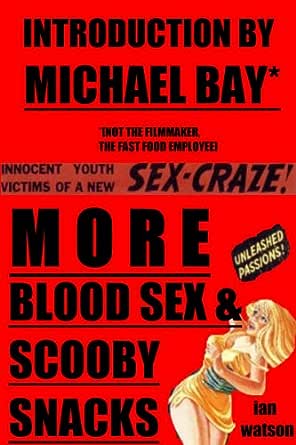 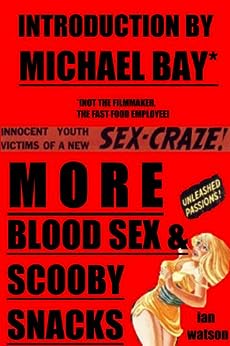 Stephen King said: "If you love horror movies, you've got to have a love for pure S#!t!"
Bear that in mind, friends and neighbours, when watching Michael Bay's A Nightmare On Elm Street reboot or a sequel to a movie where a film crew goes to a haunted asylum. Seriously, who the f&%£ goes to a haunted asylum? Nobody, that's who! Well, except Scooby Doo....
These are the kinds of movies that reduce horror to the level of a Saturday morning cartoon, and this is the book that mocks them. In these pages, you'll find such cinematic travesties as Blair Witch 2 (obviously), Exorcismus, Gothika, Venom, Pumpkinhead II: Blood Wings, When A Stranger Calls and that celluloid equivalent of a rhesus monkey....Halloween: The Curse Of Michael Myers!
You'll laugh, you'll cry, you'll sit in stunned awe as the author develops the theory of Six Degrees Of Masturbation, but first you'll buy this book. Then you can send a time-travelling cow named Dr Moo to assassinate Michael Bay. Whatever, it's your choice.

(This edition includes a bonus book, My Beloved Monster)
click to open popover