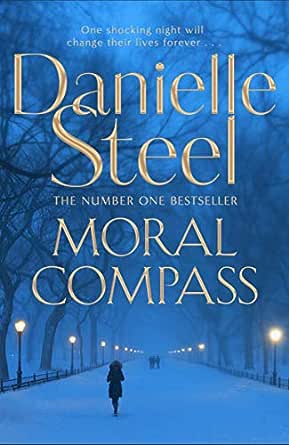 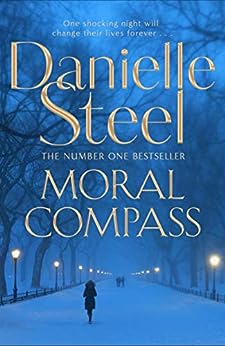 Saint Ambrose Prep has been the school of choice for the sons of the great and the good for over a hundred years. Now, for the first time, Saint Ambrose has just enrolled its first female students. While many of the kids on the campus have all the privilege in the world, some are struggling dealing with family, insecurity and loneliness. In such a heightened environment, even the smallest spark can become a raging fire.

The day after a Halloween party, a student lies in the hospital, seriously injured and with a dangerous level of alcohol in her blood. Only the handful of students who were there when she was attacked know what happened, and they have closed ranks. As parents, students, staff and the media attempt to establish the truth, no-one at Saint Ambrose will escape the fallout.

As the drama unfolds, those involved will reach a crossroads where they must choose between truth and lies, between what is easy and what is right, coming to rely on their own moral compass.

NEW YORK TIMES BESTSELLER - At an elite private school in Massachusetts, a wide circle of lives will be forever changed by a devastating series of events in Danielle Steel's riveting new novel. Saint Ambrose Prep is a place where the wealthy send their children for the best possible education, with teachers and administrators from the Ivy League, and graduates who become future lawyers, politicians, filmmakers, and CEOs. Traditionally a boys-only school, Saint Ambrose has just enrolled one hundred and forty female students for the first time. Even though most of the kids on the campus have all the privilege in the world, some are struggling, wounded by their parents' bitter divorces, dealing with insecurity and loneliness. In such a heightened environment, even the smallest spark can become a raging fire. One day after the school's annual Halloween event, a student lies in the hospital, her system poisoned by dangerous levels of alcohol. Everyone in this sheltered community--parents, teachers, students, police, and the media--are left trying to figure out what actually happened. Only the handful of students who were there when she was attacked truly know the answers and they have vowed to keep one another's secrets. As details from the evening emerge, powerful families are forced to hire attorneys and less powerful families watch helplessly. Parents' marriages are jeopardized, and students' futures are impacted. No one at Saint Ambrose can escape the fallout of a life-altering event. In this compelling novel, Danielle Steel illuminates the dark side of one drunken night, with its tragic consequences, from every possible point of view. As the drama unfolds, the characters will reach a crossroads where they must choose between truth and lies, between what is easy and what is right, and find the moral compass they will need for the rest of their lives.
Alle bekijken
click to open popover

Carol L. Hoefs
5,0 van 5 sterren Intense, sad, and truly a current happening
11 januari 2020 - Gepubliceerd op Amazon.com
Geverifieerde aankoop
I have read Danielle Steel books for years and lately her stories are getting intense and seem so real. Moral Compass deals with the aftermath of a night of drinking among some students at a private co-ed high school for the well to do. This is a matter that has happened a couple times in the past couple years here in the USA. There is anger, betrayal, lying, confusion, and so many other emotions going on in this story. I highly recommend it. Some of it might be a bit of a shock but realize this does happen.
Meer lezen
10 mensen vonden dit nuttig
Vertaal recensie in het Nederlands

Theresa Leonessa
5,0 van 5 sterren How can I return this by January 7 when today is already January 8?
9 januari 2020 - Gepubliceerd op Amazon.com
Geverifieerde aankoop
There was no dislike. Somewhere along the line, I ordered it 2x or your department made the error. No worries. you are still my favorite shopping site. Thank you, Theresa Leonessa
Meer lezen
9 mensen vonden dit nuttig
Vertaal recensie in het Nederlands

Kelly London
1,0 van 5 sterren Wondering why it was written?
16 januari 2020 - Gepubliceerd op Amazon.com
Geverifieerde aankoop
I had to read chapters 1-3 THREE times. The introduction of dozens of characters and i couldn’t remember who was who. The characters were not well developed and I found I did not care about any of them at the end. Just wanted the book to end. Thin storyline and I wonder who thought this was a good idea for a book?
Meer lezen
8 mensen vonden dit nuttig
Vertaal recensie in het Nederlands

sylvia hicks
1,0 van 5 sterren Another same old same old
8 januari 2020 - Gepubliceerd op Amazon.com
Geverifieerde aankoop
Every book is about rich people. Always based off current events. Everyone always falls in love. Danielle Steele needs to give it up and retire. I’m sure she can afford to. This is the last book of hers I will read.
Meer lezen
9 mensen vonden dit nuttig
Vertaal recensie in het Nederlands

Lynn B
5,0 van 5 sterren Riveting!
21 januari 2020 - Gepubliceerd op Amazon.com
Geverifieerde aankoop
Danielle Steel never fails to satisfy a reader's heart with her powerful storytelling voice that captures every aspect of a character's mind, heart and soul. With her latest release MORAL COMPASS she takes her reader through a journey of acceptance, denial and consequence. The first chapter wallops quite a punch of characters to keep straight, but once the story line truly begins, it's easy to follow and delivers an emotional plot. I couldn't put it down!

Saint Ambrose Preparatory School has an excellent reputation for developing powerful minds who go on to pedigreed educational endeavors and prestigious careers. After more than two centuries of being a male only student body, the first 140 female enrollees are walking through the hallowed doors for the first time.

A Halloween night alcohol fueled adventure leads to one student being in the hospital near death and the lives of those involved being changed forever. The questions of who will step forward to tell what happened and lead to the capture of who assaulted her weaves a powerful story with people and lives being changed forever.

I highly recommend this book to anyone who enjoys an in depth story of secrets, lies and corruption. It was obviously light on the romance aspect because of the sensitive nature of the book, but the character nuances and emotional upheaval were spot on.