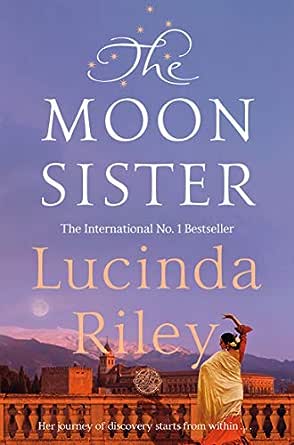 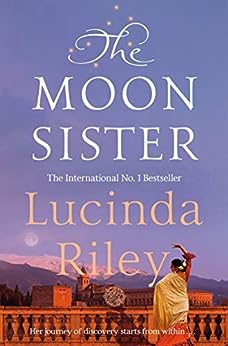 Praise for The Pearl Sister "Kitty's tangled history and its equally snarled connections to CeCe's origins unravel at a leisurely pace, with much lore about pearl fishing, aboriginal culture, and Australian race relations adding interest."--Kirkus Reviews

"A unique dual timeline saga, rich with history and setting as well as emotion. This fourth book follows CeCe to discover her roots, as three of her sisters have done before her, but also to discover herself -- and the journey is both heartwarming and heartbreaking. Riley has a distinct gift for setting, and as such the locales along CeCe's travels come alive under her masterful pen. From the beaches of Thailand to the Australian outback to a London flat, the landscapes are vividly drawn and lushly atmospheric. The dual timeline aspect is seamlessly integrated with the story and will keep readers glued to the page, waiting to see how it all connects."--RT Book Reviews

"Brilliantly written. Reading like a stand-alone, it's full of evocative details about cities, the countryside, flora, and fauna, which makes the scenes come alive. Separated by nearly a century, the characters' storylines and dialogue are captivating and hold our interest...Highly recommended."--Historical Novel Society

"A heartfelt, powerful, and spiritual saga. I don't know how she infuses her characters with so much humanity, passion, warmth and love, keeps the plot moving and brings the past alive so profoundly, but she does so beautifully. If you've ever wondered if writers are magicians, just read one of Lucinda Riley's novels and you'll have the answer."--M.J. Rose, New York Times bestselling author

"In each of her series novels, Riley draws magnetic and strong women, polar opposites in personality but all of them fearless and determined. This entry will delight followers of Riley's series, but also appeal to new readers."--Library Journal

"A breathtaking adventure brimming with cruelty, tragedy, passion, obsession and, most of all, the music, rhythm and spirit of Spain's gitano community... There is a real fire to this exciting new chapter in the captivating Seven Sisters odyssey, an extraordinary sense of drawing inexorably nearer to solving the intriguing conundrum of Pa Salt's death and the tantalising mystery of the missing sister."--Lancashire Evening Post

The Moon Sister is the fifth epic story in the Seven Sisters series by the international number one bestseller Lucinda Riley.

After the death of her father – Pa Salt, an elusive billionaire who adopted his six daughters from around the globe – Tiggy D’Aplièse , trusting her instincts, moves to the remote wilds of Scotland. There she takes a job doing what she loves; caring for animals on the vast and isolated Kinnaird estate, employed by the enigmatic and troubled Laird, Charlie Kinnaird.

Her decision alters her future irrevocably when Chilly, an ancient gipsy who has lived for years on the estate, tells her that not only does she possess a sixth sense, passed down from her ancestors, but it was foretold long ago that he would be the one to send her back home to Granada in Spain . . .

In the shadow of the magnificent Alhambra, Tiggy discovers her connection to the fabled gypsy community of Sacromonte, who were forced to flee their homes during the civil war, and to ‘La Candela’ the greatest flamenco dancer of her generation.

From the Scottish Highlands and Spain, to South America and New York, Tiggy follows the trail back to her own exotic but complex past. And under the watchful eye of a gifted gypsy bruja she begins to embrace her own talent for healing.

But when fate takes a hand, Tiggy must decide whether to stay with her new-found family or return to Kinnaird, and Charlie . . .

The Moon Sister follows The Seven Sisters, The Storm Sister, The Shadow Sister and The Pearl Sister.

Arianne
2,0 van 5 sterren By far the weakest of this series.
27 augustus 2019 - Gepubliceerd op Amazon.com
Geverifieerde aankoop
I've been reading this series and mostly enjoying each sister's story, however this one was quite a slog. I almost put it down and didn't finish it. Wooden, cliched characters with pages and pages, chapters and chapters saying the same things in flat, non-descriptive sentences: 'She lit a cigarette and said no; he begged her to reconsider.' This scenario is one of two which constantly recurs in the backstory, and adds no new information each time it's recycled. Characters, both past and present don't grow, have no emotional depth and, with scarcely more than superficial information about them, are simply, for me at least, unlikable. The relationships between the characters have rare to no chemistry, interest or authenticity. Tiggy is bland and allows virtually everyone to impose their own agenda on her no matter how inappropriate or bizarrely out of nowhere and irrational. I noted especially Riley's inability to manage more than two people in a scene at a time (an irritant since Book One when the sisters can't even spend two days together at Atlantis when Pa Salt "dies"--we guess--undercutting the supposed closeness of this family. This limitation of the author seems then to require this awkward construct that life at Atlantis wasn't "real" and since Pa is dead--and so mysterious, he's hardly real anyway--now the Atlantis saga is over and each sister is charged to come fully alive when she finds her "real" family and starts a new life WITHOUT her sisters, more or less. (Sort of like Pinocchio.) And some message for adopted kids! Not to mention poor Ma and Claudia keeping the home fires burning. Yes, one needs to grow up and establish an adult life, but this is not done by dismissing one's earlier life, but rather by integrating its various layers and adding on newer ones. Like a tree growing and adding new rings. Rlley's inability to communicate this shows the limits of her talent, which I've been mostly willing to forgive previously, but which limits character development in this book tremendously.
The settings, which usually become characters in themselves, were by and large unengaging--with one exception that did send me to Google for intriguing pictures. The Pa Salt mystery yields one minor clue, left forgotten and hanging by Tiggy--because someone imposes on her and she believes she can't say no--leading to one of the truly most unbelievable situations I've ever encountered in a book, all to service the plot, such as it is. (A manipulation even worse than the 8th season of Game of Thrones!) At this point I've forgotten what about Pa was even interesting.
Overall it seems like Riley phoned in basic plot points and someone else wrote the book. Has she become sick of writing these? I'm expecting to read Electra, simply because I have so much time invested and some residual--but way taken for granted--curiosity, but I sure hope Riley kicks it up a gear or two.
Meer lezen
4 mensen vonden dit nuttig
Vertaal recensie in het Nederlands

Iroleen
5,0 van 5 sterren The Little Hedgehog
22 januari 2019 - Gepubliceerd op Amazon.com
Geverifieerde aankoop
The story are well told with more and more intrigue and the possibility that Pa Salt might not be dead but set his 6 stars free to life there life out to the fullest.

For Tiggy to have Gypsy blood in her and with her family history of renowned guitarist and dancers she obviously did not received the same set of talent but did receive the talent of healing. She is a very soft spoken person with a kind hart.

The history of each sister and the way they intertwine are excellently wrote as the books are a view months apart and this just help you to remember there story as well.
Meer lezen
7 mensen vonden dit nuttig
Vertaal recensie in het Nederlands

Kaatje
3,0 van 5 sterren Not as good as the previous books in the series
1 augustus 2019 - Gepubliceerd op Amazon.com
Geverifieerde aankoop
I liked the book enough to keep reading. I also liked that the main female character had a serious medical condition.

However, the plot felt forced and speeded up. And certain details just didn't make sense to me. Doesn't a heart condition have an effect on general stamina? Why would a gypsy in the 1940's decide on the color of a baby blanket based on the baby's gender? Why would the main character not trust the gypsy wisdom that has been healing her enough to stay, instead of moving back to the Villa she grew up in? Why would a doctor prescribe complete bed rest, when moderate exercise is prescribed in just about all circumstances these days?
Meer lezen
4 mensen vonden dit nuttig
Vertaal recensie in het Nederlands

Mary Stl
3,0 van 5 sterren My least favorite in the series
10 maart 2019 - Gepubliceerd op Amazon.com
Geverifieerde aankoop
I had a lot of issues with this book. So much time was spent on the past that I never connected with Tiggy. Her character was bland, her romance with Charlie felt stiff and unnatural and her reasons for going to Scotland in the first place felt contrived. The better stories were told about Tiggy’s ancestors but even their stories were just okay. I have to wonder if Ms Riley is tired of writing about the sisters in this series. The whole book fell down after reading the ones before it.
Meer lezen
5 mensen vonden dit nuttig
Vertaal recensie in het Nederlands

Annette G.
4,0 van 5 sterren Another wonderful book in a beautiful series!
24 februari 2019 - Gepubliceerd op Amazon.com
Geverifieerde aankoop
I am a big fan of this series and am always looking forward to the next story. I also admit that I was hesitant about The Moon Sister, because the previous book, The Pearl Sister, CeCe's story, fell flat in my opinion and I had been very disappointed in it. But once I started reading The Moon Sister, I knew it was going to be a wonderful book and I couldn't put it down. I really liked the descriptions of the different countries, the life styles, the cultural backgrounds, and the details about the gitano community and flamenco music.

I also enjoyed that the story took us back to Atlantis and to Ma. There must be some secrets hidden in Atlantis....

The one thing that would have needed more attention was the relationship between Tiggy and Charlie. It was rushed and unrealistic, especially Charlie's reaction to Tiggy, and adding a few more encounters with a little more sizzle between them would have made it more believable.