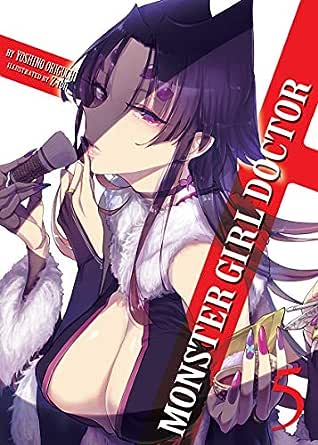 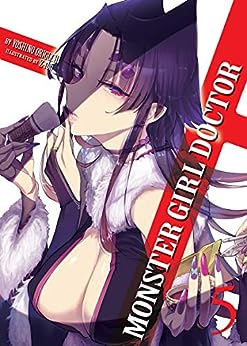 NO REST FOR THE MONSTROUS

The threat of infectious disease in Lindworm’s red-light district triggers a hunt for patient zero--at the same time that a mysterious sleeping sickness shuts the city down! When this strange new ailment sends Sapphee into a deep sleep, it’s left up to Dr. Glenn, Aluloona and the meddlesome Arahnia to find a cure.

FredTownWard
5,0 van 5 sterren The Harem Continues to Expand as Siblings Start to Show Up
15 december 2019 - Gepubliceerd op Amazon.com
“Sister Sioux, we will flick away these seeds. Avoid the palm-sized sheep and take down the Barometz.”
“Who is this ill-looking person? A walking corpse?”
“I am Molly, the Graveyard City’s manager. More importantly, I desire to be Dr. Glenn’s lover. Please, allow me to call you sister.”
“All the powerful people here want to be with my brother.” Sioux sounded disgusted.
Glenn wanted to bury his face in his hands. What was Molly talking about, desiring to be his lover? Sapphee’s glare could have pierced Molly’s heart… if she had one.

So, Dr. Glenn’s harem troubles appear to continue, but what makes this somewhat more interesting beyond the dispatch of several harem members away from Lindworm for the duration of the novel (The Draconess, Skadi Dragonfelt, her BFF the octo-woman Dr. Cthuly Squele and Dr. Glenn’s former professor of monster doctoring, and her golem bodyguard, Kunai, who stubbornly refuses to admit her attraction to Dr. Glenn) is the expansion of his family numbers. It seems that Dr. Glenn has an older brother, Souen, who asks Dr. Glenn repeatedly not to come home but rather to take care of his younger sister who has suddenly come down with Demonitis and run away from home to him, a disease that makes a human look like a demon because they suddenly start growing horns on their foreheads, which to humans already prejudiced against monsters,... is a problem. For reasons not yet entirely made clear Suiu (or Sioux) has apparently been tasked with several investigations in addition to seeking info from Dr. Glenn about her Demonitas, and as the events of this novel make clear,...

Of course, the central harem member to anyone actually paying attention is Dr. Glenn’s lamia nursing assistant and childhood friend, Saphentite (Sapphee) Neikes, who has apparently loved Dr. Glenn ever since childhood when he saved her life from an attempted assassination by poisoning when she was being held hostage,... uh,... being raised by his family in order to keep her and her family from assassinating THEM. (Nobody ever admitted any of this to Dr. Glenn, but he apparently did figure it out, and it helped inspire him to become a monster doctor rather than a merchant like his parents and his older brother. Of course, Sapphee won’t ADMIT to any of this, but she’s not at all good at hiding it, particularly from the man her near-death inspired to become a monster doctor in the first place! The problem is that Dr. Glenn has apparently also inspired either lust or attraction-by-saving-the-life-of several OTHER lady monsters, which drives Sapphee to absolute distraction, despite Dr. Glenn’s refusal to give in to said attractions!

Note: Z-ton, of Monster Musume: I Heart Monster Girls Vol. 2 fame, does an extraordinary job of illustrating, and now that a manga version of this light novel series is planned, hopefully, he will be drawing it.