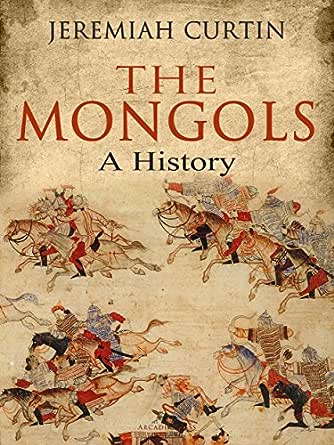 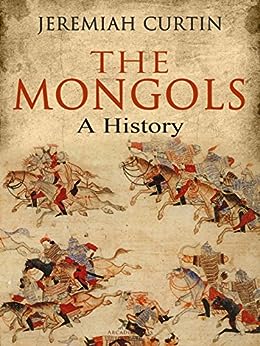 The Mongols erupted out of Central Asia in 1206 and soon controlled an empire stretching from Poland to Korea; although remembered as a destructive force, they united a great part of the world under one rule, and their combined arms and mobile tactics have had considerable influence on subsequent military thinkers.

Jeremia Curtin, born 1835, was an American translator and folklorist. He died in 1906.
click to open popover

David F. Moberg, III
1,0 van 5 sterren Toilet paper.
20 november 2017 - Gepubliceerd op Amazon.com
Geverifieerde aankoop
Not actually a book and I am very disappointed I purchased it.
This is a "reproduction" of the original, but rather than reprinting or retype-setting, they simply photographed the pages of the original. It is very difficult to read and in several places the text is so poor that I can't even make out the word.
What I purchased was a cheaply bound set of emergency toilet paper.
Meer lezen
10 mensen vonden dit nuttig
Vertaal recensie in het Nederlands

Peskydory
4,0 van 5 sterren Very Thorough . . . But . .
19 september 2017 - Gepubliceerd op Amazon.com
Geverifieerde aankoop
The author seems to have developed this exhaustive history from annals ( probably Mongolian) supplemented with material from old Chinese histories. The place names and names of persons are totally alien to what we are evenly remotely familiar with. The chronology covers several centuries and is compressed, covering the highlights with many blood curdling episodes that seem beyond reprehensible in modern times. The Mongol strategies seem to have been "swarm and kill, take few prisoners."
What I found most enlightening was the record of how the Mongols crushed the Sung Dynasty then ruled China as the Yuan Dynasty and were at length forced to withdraw back into Mongolia by the Ming Dynasty.
This is a long and difficult read but we'll worth the effort for those who want a stunning overview of a legendary era ruled by Gengis, Kubali, and their successors.
Meer lezen
4 mensen vonden dit nuttig
Vertaal recensie in het Nederlands

Joel Hammer
4,0 van 5 sterren Very nice read
17 september 2017 - Gepubliceerd op Amazon.com
Geverifieerde aankoop
Very detailed history of the Mongols under Genghis Khan, tracing his rise, and the conquest of Persia, the Middle East, and China, and the fall of the Mongol Empire. Not much about the European invasion. That never amounted to much I guess or the sources he used didn't have much. This book was written at the turn of the century.

Especially good was the description of the Middle East at the time of the Mongol conquest. The detailed accounts of how the Mongols won their victories and their use of terror is instructive.

Anyway, a familiar story of the rise of a dynasty via the superhuman success of the founder to unify a great people, followed by foreign conquests, assimilation by the subject peoples, and dissolution by decay of the royal family and internecine strife. But, boy, what a story and what a ride.

Aside from their DNA, the Mongols didn't leave much behind. They were just horseback barbarians, after all. They really weren't very nice people.
Meer lezen
3 mensen vonden dit nuttig
Vertaal recensie in het Nederlands

Amazon Customer
4,0 van 5 sterren Massive exhaustive history
9 september 2017 - Gepubliceerd op Amazon.com
Geverifieerde aankoop
Everything you wanted to know about the Mongol empire and more. Not only is this book a source of a massive amount of information about the Mongol from the rise of Jinghis and his uniting of the tribes to the splintering of the empire due to internal conflict on who would be Khan, it is also a detailed history of events in the Arab world as well as China and Korea during the time. Learning that a "Divine wind" saved Japan from being conquered ad about the Mongol princess who never married because no man could out wrestle her are just a few of the bits woven together in this book.
Meer lezen
4 mensen vonden dit nuttig
Vertaal recensie in het Nederlands

Glenn A. Marin
1,0 van 5 sterren could not get thru this dense book
28 oktober 2017 - Gepubliceerd op Amazon.com
Geverifieerde aankoop
about as dense a book as I have ever tried to wade thru... it is an endless list of who begot who with names from a culture I dont' know, so no chance in hell that I can try to follow this endless relation chain. I gave up after about 6% of the book was plowed thru.
Meer lezen
4 mensen vonden dit nuttig
Vertaal recensie in het Nederlands
Ga naar Amazon.com om alle 51 recensies te bekijken 3,0 van 5 sterren
Terug naar boven
Over ons
Verkoop bij ons
We helpen je graag
© 1996-2020, Amazon.com, Inc. en dochterondernemingen