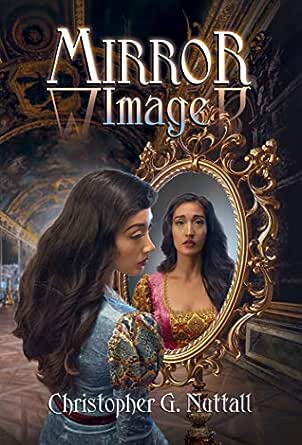 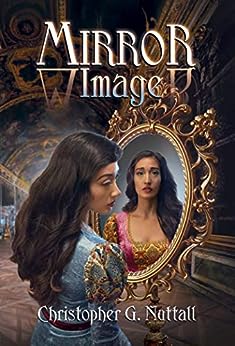 Years ago, Heart’s Eye, a school built on top of a nexus point, was attacked and captured by a necromancer. The nexus point was snuffed out, the handful of survivors forced to flee and the once-great school turned into a forward base for a necromantic invasion. All seemed lost, until Emily killed the necromancer and retook the school. Now, she intends to lay the building blocks for a university, a place where magical knowledge and mundane technology are brought together for the benefit of all.

But dark secrets lie within the shadowed school. What happened when Heart’s Eye fell? What were the tutors doing when the wards fell and the necromancer invaded the school? And, as power flows back into the school, Emily finds herself caught between power struggles and a threat from the past, a shadow that has walked beside her for the last six years. It might bring about the end of everything.

In a school full of mirrors, who knows what they reflect?
click to open popover

rwahrens
5,0 van 5 sterren Another hard hitting home run!
2 november 2019 - Gepubliceerd op Amazon.com
Geverifieerde aankoop
It was an awesome book. Finished it in one day! While I can’t say it tied up ALL the loose ends, it sure as heck moved things into a new phase of her story with enough left to keep some continuity in it. There were some surprises that came out of her time travels (nuff said, no spoilers), and THAT part of things was an amazingly well done twist to the entire storyline.

Dang, Chris, you really nailed it this time!

Brian
3,0 van 5 sterren Start Strong, Stumble, Finish Weird
21 november 2019 - Gepubliceerd op Amazon.com
Geverifieerde aankoop
I was very interested to learn about the mystery of Hearts Eye that had been built up over the course of almost 4 books, like Oz glimpsed just over the horizon. Emily, reclaiming her nexus point earned in blood and fire, struggles to explain the presence of mirrors on every surface .

The tension builds, tempers fray, and the magicians and mundanes struggle to cooperate to unravel the mystery. But ultimately, the mystery is rather bland, and feels shoe horned and hacked out of what started as a stronger plot. Theres a side plot that feels so out of place and rammed in that it almost smacks of Nuttall being told to find another 100 pages to shove in.

Its surprising as, while there are some juicy tidbits, I'd expected more. To use a British baking show scoring, it looks great and tastes great, but the flavor winds up being bland and trite, and the texture starts out silky smooth but turns gritty and mushy.
Meer lezen
5 mensen vonden dit nuttig
Vertaal recensie in het Nederlands

Emily & Caleb finally have time to found their university at Heart's Eye. As with everything Emily does, this new school will be unique. This is meant to be what would amount to graduate school in our world. That is, the school will not have young adolescents (middle/high school age students) but rather students age twenty and up.

Plus, she intends it to be a joint magician-muggle school. (No, the term muggle per se is not used but she does want a mix of students with and without magical abilities.) Not just a joint school but magicians and non-magicians on an equal footing.

I would not recommend this book to a newcomer. This book is best savored by those who have read the previous seventeen books in this series. This is the kind of book where it really pays off to be a longtime series reader.

Shan
5,0 van 5 sterren Buy it!!!
6 november 2019 - Gepubliceerd op Amazon.com
Geverifieerde aankoop
The entire SIM series has brought a lot of joy, excitement and intrigue into my life! Following Emily on her whirlwind journeys is always a unique and magical experience and this new install is no different! I find CN’s books to be intelligent, thought provoking and extremely entertaining. The concepts explored in this particular title kept me turning the pages hastily!
The only negative thing I can say about this series is that the author, for some reason, is planning to end it eventually... *insert sob*
If you haven’t started reading this series, you’re missing out BIG TIME! The series does start a little slow but I can almost guarantee that you’ll find yourself completely addicted after book 7! SIM is truly an absolute gem of a series and well worth your time!
Ok, I’ve gushed enough!
Meer lezen
2 mensen vonden dit nuttig
Vertaal recensie in het Nederlands

jvw
5,0 van 5 sterren Finally Emily has her powers back and Frieda and Emily are hush recruiting staff for Emily and Caleb's joint venture to establish a University at Heart’s Eye
17 december 2019 - Gepubliceerd op Amazon.com
Geverifieerde aankoop
She's back and under a Time Crunch! Emily has the summer to get supplies and teaching staff set up at Heart’s Eye and then turn it over to Caleb and Schoolmaster Mistress Irene to manage while Emily begins her apprenticeship with Void.

Emily and Caleb's Vision is that the University will be a new center of learning for both magic and science focused on the combined learning and development of methods and projects encouraging cooperative and concertive efforts of (non-magical) and magicians alike.

The Old Boys League, the former owners of Heart’s Eye, have agreed not to contest Emily's claim to Heart’s Eye in exchange for a presence at the school.

Emily will face an uphill battle with the Old Boys League representatives with her new approach of teaching combined student bodies of magical and non-magical student bodies. Several of Emily's friends or colleagues end up at Heart's Eye to help her open the new University, including old boyfriends Jason and Caleb; and although Emily doesn't have much time for romance, Frieda does!

Before the University can open Emily will find herself stuck deep in the mystery of what happen to the original occupants of Heart's Eye, and what is the purpose of all the mirrors located in every room and hallway of Heart's Eye?
Meer lezen
Een iemand vond dit nuttig
Vertaal recensie in het Nederlands
Ga naar Amazon.com om alle 80 recensies te bekijken 4,8 van 5 sterren
Terug naar boven
Over ons
Verkoop bij ons
We helpen je graag
© 1996-2020, Amazon.com, Inc. en dochterondernemingen