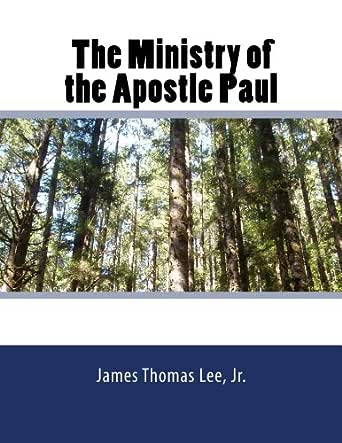 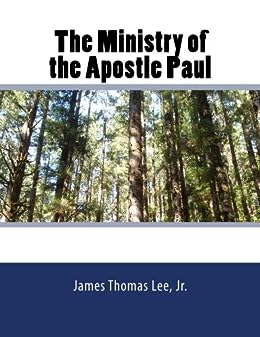 The Ministry of the Apostle Paul (English Edition) Kindle-editie

When this book was begun in late November 2013, the intent had been to write a commentary on chapter five of the Apostle Paul's letter to the church at Ephesus. However, about fifty pages into that endeavor, it had become very clear that the book was not going in that direction. For one thing, his letter to that church had not even been mentioned in those pages. For another, the focus up to that point had mostly been on Paul's missionary journeys. The reason for those problems was that the original intent had been to put his letter to the church into the context of his journeys. But there had been so much to say about the journeys that his letter to the church had taken a much deserved back seat. Therefore, the title was changed to its current title, and the remaining efforts were applied in that direction.

This book is very much a history of Paul's ministry. Great effort has been expended to try to date when and where Paul had gone. Then, at each stopping point along the way, the more significant events of what had happened to him are shared. Most people would probably not think of him as having taken five separate missionary journeys. But that is because the first one and the last one were not as carefully documented in the Bible as the middle three. In the pages that follow, the reader will be able to clearly see those five journeys plus his two separate imprisonments in Rome. Most people also have probably never tried to put his writing of his thirteen letters to the churches and to certain individuals into the context of what had been going on in his life at the time. But this book has done that and has also dedicated space to trying to report exactly what he had been communicating in those letters.

For example, the person that reads this book will learn what Paul had meant when he had written in Romans 1:20-32 that God had turned certain individuals over to a reprobate mind. He or she will learn what he had meant in I Timothy 2:11-15 when he had written about women being silent in the church. He or she will learn what Paul had meant in I Timothy 3:1-7 concerning men and women being involved in the ministry. He or she will learn in what city Paul had been in most danger of being thrown to the wild beasts and in what city he had actually been stoned and left for dead. The reader will learn some of the reasons for believing that Paul had not actually written the epistle to the Hebrews. Then in the final chapter, the reader will find a short tribute that has been given to Luke for his skill, accuracy, and dedication in writing about Paul's journeys. He or she will also find a tribute that has been given to Paul and to the other saints that had and have so selflessly dedicated themselves to bringing the truth of the gospel to succeeding generations regardless of the cost to themselves. The fact that this book shares so much of that kind of information in addition to the missionary journeys themselves makes it very much a tool for learning.

Writing this book has been an incredibly interesting and uplifting learning experience for me. Therefore, I believe that it will be the same for anyone that reads it. Perhaps some day I will even get around to writing a commentary on the fifth chapter of Paul's letter to the church at Ephesus.
click to open popover