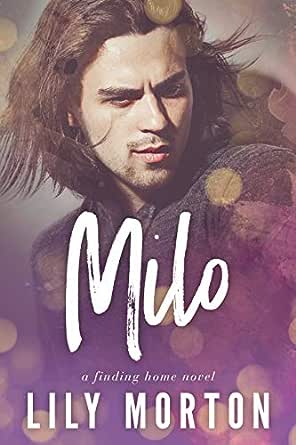 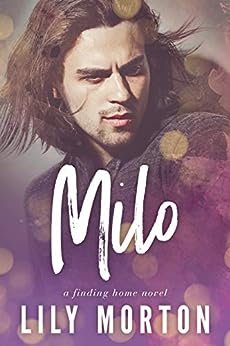 Once upon a time a brave knight rescued a young man. Unfortunately, he then spent the next few years bossing the young man around and treating him like a child.

Milo has been burying himself at Chi an Mor, hiding from the wreckage of his once promising career and running from a bad relationship that destroyed what little confidence he had. Niall, his big brother’s best friend, has been there for him that entire time. An arrogant and funny man, Niall couldn’t be any more different from the shy and occasionally stuttering Milo, which has never stopped Milo from crushing wildly on the man who saved him.

However, just as Milo makes the decision to move on from his hopeless crush, he and Niall are thrown into close contact, and for the first time ever Niall seems to be returning his interest. But it can never work. How can it when Milo always needs rescuing?

From the bestselling author of the Mixed Messages series comes a story about a man who needs to write his own happily ever after.

This is the second book in the Finding Home series, but it can be read as a standalone.

Content warning: There are descriptions of domestic abuse in this book.

AmandaS
5,0 van 5 sterren Loved, loved, loved these characters!
15 februari 2019 - Gepubliceerd op Amazon.com
Geverifieerde aankoop
With m/m romance novels, I feel like I have to kiss so many frogs to find a prince, but when I do, like Milo, it's so worth it. What did I love?
(1) Milo: I love that LM could realistically draw this character who is both strong and snarky (a fitting best friend for Oz), but also tremulous and shy and self-doubting. It allowed us to see Milo as more than a match for confident, charismatic Niall, without making us feel like he'd had a lobotomy from the Milo we first knew. I loved him so much; he made me laugh, and want to brush that long hair behind his ears and wrap him in a warm blanket and give him a big hug;
(2) Niall: Similarly, LM had a hard task in making us believe that love-them-and-leave-them Niall was actually a dyed-in-the-wool romantic at heart. And she accomplished it with flying colors. I love how Niall protects and cares for Milo, while seeing that this also requires him to back off sometimes to give Milo room to shine. He was a force of nature who allowed himself to be vulnerable; once he figured out he wanted Milo, he didn't let denial send him off course;
(3) The other characters: Oz, Silas, Cora, oh my! So glad to spend so much time again with our favorite little leprechaun and earl. And, Gideon . . . bestill my heart. Can't wait for him to get his own book. (Please, please, don't make me have to wait to long.)
(4) The setting: Can I move into some cottage on the estate, and cavort with Chewwy and the sheep?
(5) The humor: Oh God . . . I can't take any more laughing. SO. MUCH. SNARK.
(5) The epilogue: I read romance novels because I am a romantic who likes my heart on my sleeve. I love it when the author ties it all up for us with a neat shiny bow. Thank you, Lily Morton!

Bo
5,0 van 5 sterren Nothing and No One Is What or Who It Seems
29 mei 2019 - Gepubliceerd op Amazon.com
Geverifieerde aankoop
I thought the first book in this series was a bit of a hoot because, let's face it, who couldn't fall in love with Oz who came along to the ancient castle of Chi an Mor and its reclusive proprietor Silas and turned everyone's lives, as well as the estate, upside down.

Fortunately, this second installment does the right thing by updating us on what we might have forgotten about the twists and turns of life on the estate even though it begins with a rather nasty bit of business. That comes about when Silas' estate manager Niall gets a panicky phone call from his best friend Gideon begging him to check in on Gideon's brother Milo whose recent behavior suggests he is under some stress. So, Niall schlepps off to London and bursts in on Milo just as he is being caustically berated by his boyfriend and before you know it Milo is scooped up, his suitcase packed, and shuttled off to Chi an Mor by Niall.

So we are plunged into a tale from alternating POVs where late 30's tall, buff, blond Niall and lithe, long haired early 20's Milo who really grew up together, admit to the reader, but not each other, that each has had a life-long crush on the other. Sweet.

Oh, really? We are introduced to Milo as totally gay and then led very matter-of-factly into the fact that Niall is not only bisexual but also apparently has slept with every man and woman who has grabbed his momentary fancy over the years without so much as spending more than one night with any of them.

I gave this book five stars because it's beautifully written and there is a tremendous amount of self-introspection and hypocrisy sprinkled throughout which I found not only realistic but also at times very funny. I also adored Cora.

The next book is about Gideon, who leaves a sour taste in the mouth in this one but maybe I will see if author Morton has slipped some extra sugar into his teacup.

Darcy Thornton
5,0 van 5 sterren Slow burn
19 februari 2019 - Gepubliceerd op Amazon.com
Geverifieerde aankoop
Milo and Niall are yet another imperfectly perfect couple by Lily Morton. They’ve known each other since childhood and Niall has always been a quiet, supportive presence in Milo’s life. Due to a head injury when he was a child, Milo developed a bad stammer, which through hard work and therapy, he pretty much overcomes until he finds himself in an abusive relationship for a few years. Niall comes to the rescue and whisks him away to a Cornwall estate to recover, decompress, and reset his life. And so the story begins.

Niall and Milo are both in book one, Oz, which if you haven’t read yet, you must. You have brief glimpses of them in that book and how they work together. Oz is a bit of a catalyst for Milo’s eventual transformation from a quiet, reserved, almost timid man, back to his old self. Oz may have been the jump-start Milo needed, but Milo is truly coming back to his true self. And Niall starts to take notice. It seems that once Niall’s eyes are opened to Milo as a man, not just as a dear kid brother of one of his best friends, you “can’t put the jack back in the box.”

This is further complicated by the fact that Niall has been having a sexual relationship with Gideon, Milo’s older brother and close friend to Niall, since their teenage years. They are the consummate f-buddies who have had many sexual exploits over the years with multiple partners in many variations. This arrangement, of course, stops after Milo and Niall become a pseudo-couple, but you can see what Milo is up against as far as working through some insecurities. Niall is his staunch supporter through it all, and gives Milo the time and space to work it out for himself, as well as with his brother.

Milo and Niall are opposites who complement each other. Niall is bold, confident, boisterous. Milo is reserved, introspective, with an underlying layer of steel. They’re fantastic together. I love Niall’s care of Milo. I love how Milo comes out of his shell and learns to shine. Oz and Silas, and adorable Cora, make numerous appearances in this book, a definite bonus. Love epilogues and LM is great for these.

This is a good one. While it’d be fine on its own, I don’t feel it’s strictly a stand-alone. I would recommend reading book one first since it overlaps this one, and that one’s damn good, too. (Not a fan of the covers of either of the books in this series. That’s all I got for a criticism) 🙂
Meer lezen
3 mensen vonden dit nuttig
Vertaal recensie in het Nederlands
Ga naar Amazon.com om alle 165 recensies te bekijken 4,5 van 5 sterren
Terug naar boven
Over ons
Verkoop bij ons
We helpen je graag
© 1996-2020, Amazon.com, Inc. en dochterondernemingen