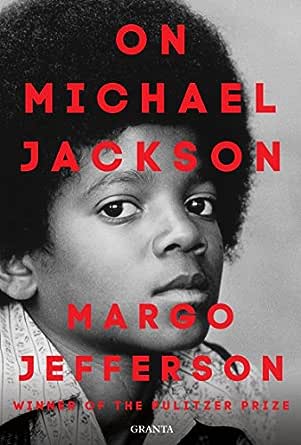 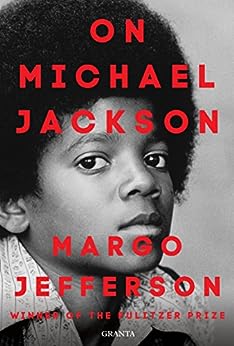 "Stimulating.... Incisive, intelligent.... Engaging, well written and consistently on target." --The New York Times "Jefferson writes...with elegance and attitude....One closes the book hungry to hear her take on other talented but troubled celebrities." --The Washington Post "Sparkling....Eloquent and provocative.... Watching Margo Jefferson's mind at work is as pleasurable and thrilling as seeing Michael Jackson dance." --O, The Oprah Magazine "Hers is a dazzling act of sustained vivacity and wisdom. Margo Jefferson brilliantly illuminates both Michael Jackson's psyche and his art, giving us in the process a fascinating broader picture of American pop culture. Shockingly, Jackson turns out to be as representative as he is singular." --Ann Douglas, author of Terrible Honesty: Mongrel Manhattan in the 1920s and The Feminization of American Culture "Margo Jefferson, an unfailingly shrewd and eloquent cultural critic, finds in Michael Jackson a paradigm for probing the ambitions, desperations, triumphs, and sacrifices of an artist who stakes everything on a crown. Beyond palace intrigue, she explicates the meaning of show business masks, of racial and social determinants, of spectacle on stage and in the courtroom. She is compelling." --Gary Giddins, author of Weather Bird and Bing Crosby: A Pocketful of Dreams

Who was he, really? And how does his spectacular rise, his catastrophic fall, reflect upon those who made him, those who broke him, and those who loved him?


Almost ten years on from Jackson's untimely death, here is Margo Jefferson's definitive and dazzling dissection of the King of Pop: a man admired for his music, his flair, his performances; and censured for his skin, his erratic behaviour, and, in his final years, for his relationships with children.
Alle bekijken
click to open popover

P Willco
4,0 van 5 sterren A good read
3 mei 2019 - Gepubliceerd op Amazon.com
Geverifieerde aankoop
I’m a terrible reviewer of books. I was interested in learning more about Michael Jackson after watching the documentary Leaving Neverland, and this is a very good place to start. It’s not a definitive book on the pop star, but it’s not meant to be, it’s more of an essay. It’s also not a puff piece, meant to sell records or tickets to shows. As it’s a short book, I will probably read it again.
Meer lezen
2 mensen vonden dit nuttig
Vertaal recensie in het Nederlands

Eleonora Moya
5,0 van 5 sterren Margo Jerferson "On MJ"
21 februari 2010 - Gepubliceerd op Amazon.com
Geverifieerde aankoop
This book was a good surprise for me. Very well and elegantly written, like a poem, insightful, psycologically wise, compelling like Michael dancing: elegant and sensual... Analitic and sensitive, made me feel compassion in a good way, loving him , heartfelt for his unacceptable passing. I'm still mourning...In a sea of "books about MJ", this is really provocative,a pleasure to read... Thank you, Margo for so brilliantly taking us though his life, like The Philladelphia Inquirer wrote:"calls for rumination, not scorn. Her jazzy style makes this book a literary entertainment of its own".
Meer lezen
5 mensen vonden dit nuttig
Vertaal recensie in het Nederlands

Brittany Hodges
3,0 van 5 sterren Ehh
2 augustus 2013 - Gepubliceerd op Amazon.com
Geverifieerde aankoop
I have read countless MJ books and this one was nothing special in comparison to the ones I had read prior.
Meer lezen
4 mensen vonden dit nuttig
Vertaal recensie in het Nederlands