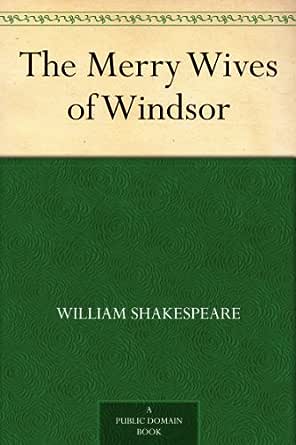 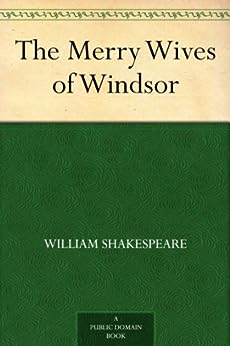 Aran Joseph Canes
3,0 van 5 sterren Great Libretto/Awful Play
12 november 2019 - Gepubliceerd op Amazon.com
Geverifieerde aankoop
Shakespeare created one of the great characters of Western drama when he invented the John Falstaff of Henry IV. In the Merry Wives of Windsor, supposedly written because Elizabeth I wanted more of Falstaff, he turns him into a pitiable caricature of the original.

There is not much redeemable in the Merry Wives of Windsor except that it formed the basis for a wonderful libretto for Verdi. A sort of proto-feminism, some cheap laughs at the caricature of Falstaff...one is reminded that Shakespeare was a businessman as well as an artist. Some of his plays, like the Merry Wives of Wisdom, all too well betray this fact.

For all those who recognized the appearance of genius in the Falstaffian stories of Prince Hal the Merry Wives of Windsor is bound to be a disappointment.

gregh
5,0 van 5 sterren " according to which Queen Elizabeth enjoyed Falstaff so much in the two "Henry IV" plays ...
10 juli 2015 - Gepubliceerd op Amazon.com
Geverifieerde aankoop
There's a legend that goes with "The Merry Wives of Windsor," according to which Queen Elizabeth enjoyed Falstaff so much in the two "Henry IV" plays that she publicly wished Shakespeare would put him in another play. So, the idea goes, since Falstaff dies in "Henry IV, Part 2," Shakespeare wrote a regular comedy for Falstaff, what might now be termed a "prequel," but with nothing that would make it a history play. Naturally, with avid diehards out there still denying Shakespeare was even the author of the plays attributed to him, this legend is impossible to verify. It is, however, a good way of approaching the comedy. It was surely conceived as a showcase for Falstaff, highlighting the rascal in him (in real life he would be intolerable), and also demonstrating how irresistible his jokes and stratagems are. Don't be put off by the first scene of the play, which might be confusing because of an unusual surfeit of archaic words. Read on, and all will soon be made clear. Most of the play is easy reading, and the plots of the merry wives against Falstaff really do urge us on. The play is hard to put down. The ending is classic Shakespeare. I'm sure it isn't too much of a spoiler to say that Falstaff is treated much better than Malvolio (at the end of "Twelfth Night"). "Merry Wives" has a light, happy touch, and it ends on a merry note.
Meer lezen
Vertaal recensie in het Nederlands

Dylan Bray
4,0 van 5 sterren One of the good comedies
6 augustus 2016 - Gepubliceerd op Amazon.com
Geverifieerde aankoop
FALSTAFF And these are not fairies? I was three or four times in the thought they were not fairies; and yet the guiltiness of my mind, the sudden surprise of my powers, drove the grossness of the foppery into a received belief, in despite of the teeth of all rhyme and reason, that they were fairies. See now how wit may be made a Jack-a-Lent when 'tis upon ill employment! -Sir John Falstaff