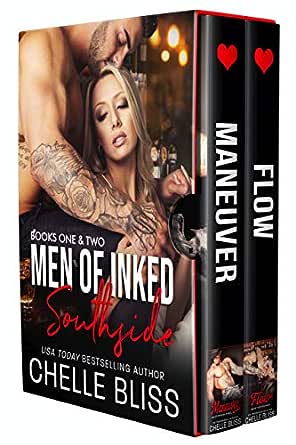 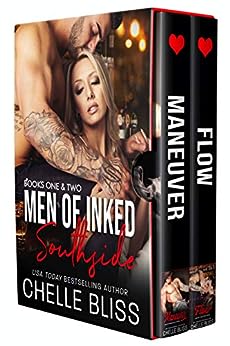 Marshel1969
5,0 van 5 sterren Big Personality and Great Writing!!
18 mei 2020 - Gepubliceerd op Amazon.com
Geverifieerde aankoop
The author is giving you a gift with this set of the start of a wonderful series.

This family is centered around a bar but they are big and loving and draws you in. The writing is A+ and the plot makes you want to know these people. The conflicts are blue collar issues and down to earth and she handles how families do best. Together!!!
Meer lezen
6 mensen vonden dit nuttig
Vertaal recensie in het Nederlands

Iris Hehe
5,0 van 5 sterren It read
27 mei 2020 - Gepubliceerd op Amazon.com
Geverifieerde aankoop
I enjoyed reading both of the books. Lucio met Delilah when her father threw her out of his car and life. He was working in his bar when she and her baby walked in. Hearing her story he immediately steps up and helps her. The attraction between them is very strong.
Leo and Daphne met at Lucio and Delilah's wedding. She was about to fall and he saves her from landing on the floor. They too have an immediate connection. But their father 's have a history and getting together is not the best idea.
Meer lezen
4 mensen vonden dit nuttig
Vertaal recensie in het Nederlands

Delilah and Lucio meet by happenstance. Delilah’s father who is driving under the influence of alcohol, puts Delilah and her baby girl (Lulu) our of his car. He would put her out on the side of town that is somewhat unsavory. There she stands on the side of the street (in front of the Gallo’s family bar: Hook &Hustle). She has no identification, no money, no credit cards, no purse, no baby car seat, no baby bag and no cellphone...Thanks to her drunk father, who took off like a bat out of hell, just as soon as she exited the car.

In comes Lucio and his family (Betty, Angelo, Daphne and Vinny), a mob family. The patriarch is in jail serving time. This family takes Delilah and Lulu in immediately, no questions asked. Delilah comes from money and is used to the finer things in life. However, she learns to quickly adjust to her new life, because she just can’t put up with her father’s drinking habits and drunk tantrums.

This is Daphne’s (the sister of Lucio) story. Daphne is still sassy and bossy. Leo is a businessman, unlike his father. However, Daphne finds that hard to believe, until he shows and tells her how his money is made.

Daphne feels as though, there is no way that the Conti and Gallo family can ever come to an agreement and be peaceful and civil towards each other...The fathers at least. Then comes the peacemaker, the surprise that will make them leave their bad blood behind them.

The only thing that I didn’t like about this book was, it seemed as though only Leo and his father (with a few mentions of Leo’s sister: Alicia) are the only Conti’s. Like a one man show.
Meer lezen
Een iemand vond dit nuttig
Vertaal recensie in het Nederlands

Folk6pack
5,0 van 5 sterren All the feels
30 mei 2020 - Gepubliceerd op Amazon.com
Geverifieerde aankoop
Theses men and women make me feel as if I can conquer any relationship issues that come my way. Don’t think it won’t be hard but mountains can we moved as long as you do it together. These couples will make you want to just have that happily ever after !
Meer lezen
Een iemand vond dit nuttig
Vertaal recensie in het Nederlands