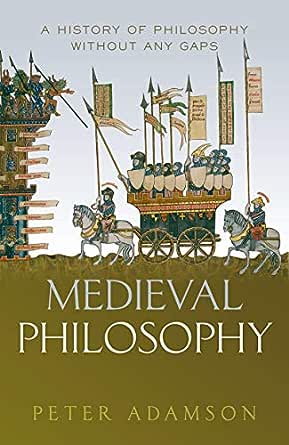 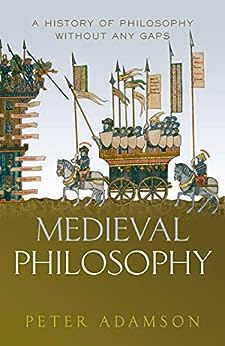 Medieval Philosophy: A history of philosophy without any gaps, Volume 4 (English Edition) Kindle-editie

Peter Adamson presents a lively introduction to six hundred years of European philosophy, from the beginning of the ninth century to the end of the fourteenth century. The medieval period is one of the richest in the history of philosophy, yet one of the least widely known. Adamson introduces us to some of the greatest thinkers of the Western intellectual tradition, including Peter Abelard, Anselm of Canterbury, Thomas Aquinas, John Duns Scotus, William of Ockham,
and Roger Bacon. And the medieval period was notable for the emergence of great women thinkers, including Hildegard of Bingen, Marguerite Porete, and Julian of Norwich. Original ideas and arguments were developed in every branch of philosophy during this period - not just philosophy of religion and
theology, but metaphysics, philosophy of logic and language, moral and political theory, psychology, and the foundations of mathematics and natural science.
click to open popover

Ian Duckles
5,0 van 5 sterren If you want to know more about Medieval philosophy, this is the book you are looking for.
21 december 2019 - Gepubliceerd op Amazon.com
Geverifieerde aankoop
I am a big fan of this series and the accompanying podcast, so I was very excited when this book was released! The largest of the four volumes by far, this gives one a detailed and comprehensive introduction to one of the richest, but most neglected areas of philosophical inquiry. Spanning roughly 700 years from ~800 CE to ~1400 CE, this is about as comprehensive an introduction as one is likely to find, including excellent discussions of some of the more "minor" figures that get left out of many histories of philosophy.

It should be noted that this is really only about philosophy in Latin Christendom ( a point directly acknowledged by the author in the introduction), so if you want information about other thinkers active during this time you will need to consult the previous volume for thinkers in the Islamic world, and the as yet unpublished next volume for information about Byzantine philosophy.