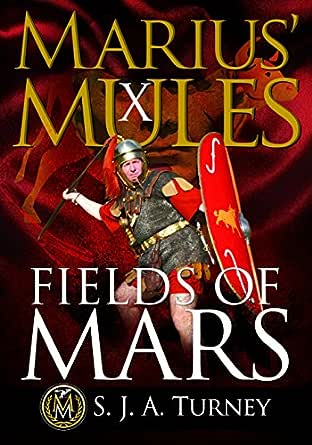 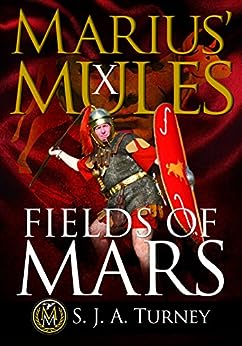 The war in Gaul is over, but the fight for Rome is only just beginning. Denied his consulship by the senate and nearing the end of his term as governor, Caesar waits at Ravenna with one legion, making a last attempt at reconciliation. Threatened with prosecution if he returns to Rome, just one path is becoming clear: war against the senate.

Fronto and Galronus are bound to the service of the Proconsul, facing a war against other Romans, and able neither to prevent nor avoid it. Caesar’s path to safety will take them the length of Italy, and to familiar old lands in southern Gaul and Spain, where their friends and family now wait, believing themselves safe from hostilities.

With a new officer stirring up trouble, Pompey and the senate defying them, a father-in-law busily incriminating himself and powerful Roman generals consolidating positions against them, Fronto and his friend are bound for that worst of all conflicts: Civil War.
click to open popover

Patricia Sweet
5,0 van 5 sterren The die is cast.
4 juni 2017 - Gepubliceerd op Amazon.com
Geverifieerde aankoop
I just finished S. J. A. Turney's "Field of Mars", and loved it. Any book that begins with Julius Caesar crossing the Rubicon has a lot to live up to, and despite Turney's disclaimer that the first year of the Civil war was relatively undramatic, it doesn't seem to have affected his captivating story. His characters are so conscience-ridden about fighting their fellow Romans that every military action is fraught with heartbreak. Like all Turney's wonderful novels, this is unmissable.
Meer lezen
4 mensen vonden dit nuttig
Vertaal recensie in het Nederlands

El Lector
4,0 van 5 sterren Rubicon and Beyond
21 augustus 2018 - Gepubliceerd op Amazon.com
Geverifieerde aankoop
The author does an excellent job of detailing some of the complex operations of the period, with a credible narrative regarding just how difficult some of them were; he avoids the "foregone conclusion" feeling one gets from other historical novels, keeping the reader interested and in suspense even when one might know the eventual outcome. While the historical research and veracity are impressive, I noted one detail that made we wonder if Mr. Turney was pulling a fast one. While my knowledge of Roman history and culture is limited, I find it hard to believe that any member of the Bruti would claim the slightest pride in "being descended from Tarquinius Superbius [sic]", as the gens' claim to fame lay in destroying the monarchy. The Bruti were admittedly descended from the Tarquins, but from Tarquin I (Priscus) rather than Tarquin II (Superbus); the original Brutus was the son of Priscus' daughter and hence Superbus' nephew, and famously had two if his sons executed for plotting to restore the monarchy. Given that background and overall Roman aversion to the concept of monarchy, relation to Tarquin would not be very likely a cause for commemoration.
Meer lezen
Vertaal recensie in het Nederlands

There’s a certain thrill I get when my pre-order of a Marius’ Mules book comes up on my Kindle. It’s a mix of “the boys are back” excitement tempered with some trepediation that a main character will die in some horrific manner, or that the series is one book closer to coming to an end. Fortunately, with Turney’s story, each installment is just as thrilling as the one before, whether Fronto is fighting in massive campaigns, or settling personal disputes. This book has a bit of both, neither taking focus away from the main story. While there are a few plot points I felt were lacking (see details below), by and large the story was solid and a highly entertaining read.

I have been looking forward to this part of Fronto’s story for at least a year now, knowing this would be the pivotal point where Caesar crosses the Rubicon and all Hades is loosened upon the Republic. Turney, as usual, does an excellent job in describing locations and events that were covered by historians of the period. His justifications for changing plot points were totally valid, and no criticism can be made of that.
While he states in his afterward that the Ilerda portion of the story was difficult, if not boring (paraphrasing), I felt this was some of his best writing to date. I was thoroughly involved in the story and how it progressed at this point. Turney’s style of writing seems to be a more direct, blunt, approach, but detailed in a way that makes events interesting. Almost as if we are seeing everything through Fronto’s eyes, which is pretty much the case. I really enjoy Turney’s descriptions of movements. But I do have a few negatives.

One is the editing. I most-likely got in my preorder an edition that hadn’t been edited fully, and had to struggle through a couple chapters, but for the most part it didn’t hurt the story too much. Most words were misplaced rather than misspelled, meaning they probably escaped word processing errors. Either way, it could’ve done with a bit more editing, which I’m sure was the case by now.

Another is the tribune in the last couple chapters. It felt as if he was hastily put into the story, then given a position in the epilogue like he was a major character. I thought for sure he was being set up to be a major character in the next book and the “information” he was going to give was what was gleaned from Cathlain about Balbus and Fronto, but he simply killed himself in the end. The story was going along really well up until that point. I thought he would end up bringing Cursor and Fronto to blows.

And Salvius Cursor. Woah man did I not like this guy! Haha. Mainly because I personally knew someone just like him, and got mild annoyance/anxiety reading about him! I know he’s being set up for something more, but it just seemed like his escapes from punishments were too often and too convenient. The entire book was centered around the dynamic between these two and nothing was resolved. I’m just glad he didn’t become redeemed like Logninus(sp?) who was at odds with Fronto, but died heroically and as a friend. (I hope I got the character right) There seems to be little redemption of Cursor at this point!

And I know this is more the fault of history rather than storytelling, but there seems to be little-to-no failure in these campaigns. It’s as if Fortuna never leaves Caesar’s side. It’s mind-boggling how often his forces win, even in such odds.

One last thing, if Turney reads this, would be a request for a list of characters and simple backgrounds as reference. If I remember right, these were done in early books? I know it’s a huge help because sometimes, after a year, there are so many characters to keep up with it’s nice to read a simple blurb about them without having to read the previous book again.

With all that said, S.J.A. Turney repeatedly writes in such a fashion as to make me look forward to reading his stories whenever they come out. Detailed, no-nonsense storytelling. Thank you Mr. Turney for another awesome book!

James Baker
4,0 van 5 sterren Marius Mules
7 februari 2019 - Gepubliceerd op Amazon.com
Geverifieerde aankoop
This review is for the entire Marius Mules series. The author took the ancient sources from the end of the Roman Republic (mostly Caesar's writings, but others as well), and brings them to life by inserting his protagonist into them. If I had any qualms about this series it is that you occasionally lose track of the characters in the earlier books. As Fronto (the protagonist) comes into his own the books become much better. I also think they could use some more maps. Still, although reading the whole MM series is a somewhat daunting task (it will eventually have 15 volumes), they are readable and historically based. The author does say where he takes liberties with the historical record, but overall he follows it as closely as possible.
Meer lezen
Vertaal recensie in het Nederlands

Mrs.B
5,0 van 5 sterren GREAT READ and you learn!
13 december 2017 - Gepubliceerd op Amazon.com
Geverifieerde aankoop
Fantastic series of books!! As a student of history, Mr Turney drew me in with this series. Now I can't wait on how he tells what happens next.

History classes are boring and, even for a history nerd, hard to weather. Mr Turney puts the history in the context of the individuals who lived through the end of the Late Roman Republic. Gives life to the academic facts in his books. His books have rekindled the love of history that my College Profs tried their best to extinguish.