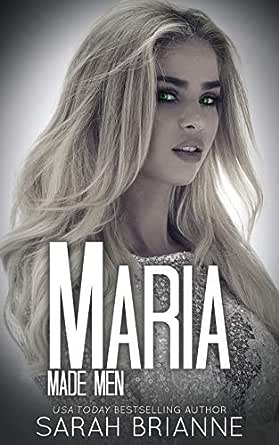 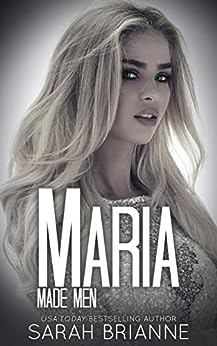 C. Stone
2,0 van 5 sterren disappointed
4 december 2019 - Gepubliceerd op Amazon.com
Geverifieerde aankoop
I gave it a 2 because I like what we get to see of Dominic and Kayne, the rest is just rambles. I feel like we are in Maria's head for the whole book while she babbles about inconsequential things like being born a psychopath, loving her brother, being mad shes a princess, liking Dominic, liking Kayne blah blah. All of this is her talking in her head the entire freaking book while nothing actually happens. It would be nice if the author gave us her materialistic side by having her go shopping and buying things she doesn't need or showing her narcissitic traits by being oblivious and over the top when she's with the previous women from the other stories but nope, we learn these things because Maria talks about it incessantly in her head. its basically a way to straight up tell us who she is versus showing us and I was really disappointed at that shortcut and what felt like a cheap way of doing a character who is supposed to be a bada$$ who could have been the mob boss instead of Lucca if she hadn't been born a woman.

speaking of Lucca why are we still calling him the boogeyman. This was said at least 11 times. Kids are afraid of boogieman, grown folk are afraid of predators, jungle animals something more powerful than referencing this guy who likes to kill as...boogieman :o/ As to the romance, what there is tends to be thin. I wont be a "monster" LOL with overt spoilers and will try to be anonymous as possible. Maria falls for the one guy after they go on 4 dates based on?? I don't know..hes hot, nice and into her. Good reasons I guess but since this is the first man she's ever like, its almost as if she could have felt this way about anyone who went on several dates with her under the same criteria. (hot, nice, into her) You also never see her interact with the other guy and right when she's basically thinking she's in love with guy no#1, guy no#2 is all sad/upset cause she didn't give "them" a chance. Like dude when? when was she supposed to do that when neither of you ever went out, never spoke and just...never snuck around to get her to have feelings. no secret phone calls or naughty text which would have at least created some conflict with readers as to who she should choose. No-thing!

then the book fast forwards to the phone ringing and the other guy answers and she's crushed. *sigh* man oh man. so disappointed with this. I didn't care who she ended up with since I like both but expected more sexual tug of war and actual two guys vying for her attention. oh and its obvious why the one guy kills the one she likes. the author isn't subtle enough about the identity of one shot. especially when the one guy seems to emphasize he only has one chance. so I'm assuming surviving hero killed Maria secret boyfriend because he finds out secret boyfriend guy is one shot. I'll read book 2 to get the ending but these books are starting to feel as if they are cliffhangers to create money through KU since those pay by pages and stuff. Wanted so much more for Maria. At least I liked Chloe. She had substance and we got a nice idea of who she was and watched her blossom under her romance with Lucca.

At the end of this book Maria is still a blank slate we learn nothing new about nor do we see this tough persona she allegedly has. Maybe if she had ordered people shot who offended her or something, cause not one single thing in this book shows us a psychopath.
Meer lezen
18 mensen vonden dit nuttig
Vertaal recensie in het Nederlands

Kindle Customer
2,0 van 5 sterren It was too rushed!😣
1 december 2019 - Gepubliceerd op Amazon.com
SPOILER....I rated a 2 star because it was too rushed and there is not enough content with Maria's relationship between Kayne and especially with Dominic (also this book was only 169 pages). Once again just liked in Chloe's book, there are recaps of her first meeting with Kayne and Dominic. We already know hows she first meets both of them. Dominic rarely had any time with Maria in the book and towards the end all of a sudden he is expressing feelings he has for her. It does not make any sense since they only spoken less than a few times. I don't like how Dominic is also written like a wuss. He is a Mob Boss yet he does not shows any jealousy or possessiveness like most of the men in the series.

I liked we got to read how Lucca and Chloe are doing. Dominic is the next book and I'm curious to see how it will be written since again Dominic was barely in this book and Maria was only focused on Kayne. At least with the other books you can see how each of the guys and girls got together and how they fell in love.

Sorry if fans dont like this post but I am being honest with my review and I am a huge fan of the series. We waited so long for this book and I did not expect this book to lack. No bueno. Now we have to wait to read Dominic.
Meer lezen
33 mensen vonden dit nuttig
Vertaal recensie in het Nederlands

Cheryl
2,0 van 5 sterren Disappointed DNF
9 december 2019 - Gepubliceerd op Amazon.com
Geverifieerde aankoop
This is the first book by Sarah that I really did not enjoy.

First I must say I did not appreciate knowing who got killed before the book. A post was made in a group that I'm in. Yes the person said not open comments that it was spoilers. HOWEVER! I did not have to open anything I was scrolling to next post in my feed and there it was in a comment I did not have to open.

I suggest maybe if people want to spoil a book they don't do it in main book. Now that being said even though I knew I still purchased the book as I love all of Sarah's books. I regret that purchase this book was nothing I expected we got to read Maria as she lives through past things from childhood to adulthood. This book really had nothing worth reading. For that I'm sorry.

I would have gave this 1 star but have it 2 just because of my PAST experiences with liking Sarah's books.

I hope the Author takes the feedback from her readers and changes things otherwise I will give up on series as their was nothing to this.
Meer lezen
9 mensen vonden dit nuttig
Vertaal recensie in het Nederlands

Amazon Customer
1,0 van 5 sterren Ehh..left feeling cheated
1 december 2019 - Gepubliceerd op Amazon.com
Geverifieerde aankoop
I have been a fan but these books are losing their spark. It was rushed and I feel cheated. I wish there was more time and effort put into the content like the first ones. Next definately reading the reviews before I purchase.
Meer lezen
8 mensen vonden dit nuttig
Vertaal recensie in het Nederlands

mom of 2
5,0 van 5 sterren Really?
4 december 2019 - Gepubliceerd op Amazon.com
Geverifieerde aankoop
Ok, I absolutely love 💘this series! With that being said, and to not have any spoilers, I just don't get it! Like why? There are just Sooo many holes here. I liked both men. I felt for Dominic. I hate when the kids have to pay for the parents sins. And knowing what he did for his sister, and how much he loves her, shows us how different he is from Lucifer. And I still feel like we missed a HUGE reveal on Kanye. As dumb as this is to say, I was hoping for both of them to win her heart. All I'm gonna say is that I pray to the writing God's that you answer all of the questions we all have left unanswered. And to the one who got injured, please let them be ok!!! (Oh, and please don't make us wait months for the next book please and thank you)
Meer lezen
3 mensen vonden dit nuttig
Vertaal recensie in het Nederlands
Ga naar Amazon.com om alle 98 recensies te bekijken 4,1 van 5 sterren
Ontdek het beste van shopping en entertainment
Gratis en snelle bezorging van miljoenen producten, onbeperkt streamen van exclusieve series, films en meer
> Ontdek Prime
Terug naar boven
Over ons
Verkoop bij ons
Amazon-betaalmethoden
We helpen je graag
© 1996-2020, Amazon.com, Inc. en dochterondernemingen