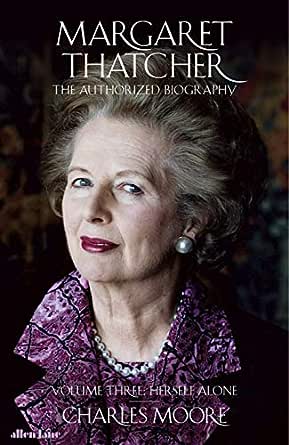 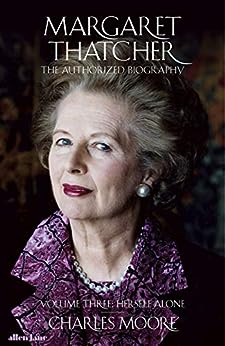 The final part of Charles Moore's bestselling and definitive biography of Britain's first female Prime Minister, 'One of the great biographical achievements of our times' (Sunday Times)

How did Margaret Thatcher change and divide Britain? How did her model of combative female leadership help shape the way we live now? How did the woman who won the Cold War and three general elections in succession find herself pushed out by her own MPs?

Charles Moore's full account, based on unique access to Margaret Thatcher herself, her papers and her closest associates, tells the story of her last period in office, her combative retirement and the controversy that surrounded her even in death. It includes the Fall of the Berlin Wall which she had fought for and the rise of the modern EU which she feared. It lays bare her growing quarrels with colleagues and reveals the truth about her political assassination.

Moore's three-part biography of Britain's most important peacetime prime minister paints an intimate political and personal portrait of the victories and defeats, the iron will but surprising vulnerability of the woman who dominated in an age of male power. This is the full, enthralling story.

Iain McCowie
5,0 van 5 sterren A Thrilling Conclusion to a Magisterial Historical Biography
14 november 2019 - Gepubliceerd op Amazon.com
Geverifieerde aankoop
Last month saw the release of the third and final volume of Charles Moore’s authorised biography of former British Prime Minister, Margaret Thatcher. With the break-neck speed of British politics since June 2019, one might well ask why would anyone want to read a book about a premiership that expired 29 years ago?

Indeed, without much difficulty one can mount an argument that Lady Thatcher’s government was far from successful. Unemployment rocketed past three million, inflation rose again to 10 percent at the time of her departure, she treated her Cabinet colleagues appallingly at times, the Community Charge (better known as the Poll Tax) was an act of sheer political stupidity, she ignored the advice of her Foreign and Defence Secretaries about the risks to the Falkland Islands in considering the defence budget provoking the Falklands War, the foe of communism and Cold War Warrior who baulked at the consequences of victory in the Cold War and German reunification, and a three time election-winning leader was dumped by her own party.

Nonetheless, this book is how history should be written, and was a joy to read.

Firstly, while there are certainly arguments about how successful the Thatcher government was, it was highly influential for both the UK (with the Thatcher government frequently ranked alongside Atlee’s government in terms of impact) and for the entire world. Thatcher’s role in identifying Gorbachev as a man the West “could do business with” was highly significant in convincing President Reagan to open arms control, and then arms reduction negotiations with the Soviets leading to the end of the Cold War.

Secondly, even without subscribing to what David Cameron described as the Thatcher mythology, she remains a compelling historical figure. The ultimate outsider because of her gender and class, she rose to become the leader of the United Kingdom through the party of the establishment, tearing down the post-war consensus about the role of government in the State. She became the British Prime Minister forty years ago.

In the current climate, Thatcher’s role as the first Conservative leader to openly articulate doubts about the wisdom of further European integration was a key milestone on the road to the 2016 referendum (and whatever the final outcome of that is).

The book manages to be both entirely comprehensive (with extensive interviews and access to documents as well as the vast wealth of material already published) but also capture the high drama of its subject-matter. The chapter outlining the November 1990 leadership election is particularly gripping reading, and the account of Thatcher’s defiant speech in the no-confidence debate captures the emotion of that occasion perfectly.

The first volume (Not for Turning) covered Thatcher’s early years and the precarious beginnings of her premiership ending with victory in the Falklands War. The second volume (All She Ever Wanted) covered Thatcher’s zenith through to the end of the successful, but unhappy 1987 election.

The themes of this volume, Herself, Alone are isolation and decline. Thatcher’s political isolation within Europe and within the parliamentary Conservative Party (especially on Europe), the Bush administration’s pivot towards Germany, and finally the collapse of East Germany and German reunification coupled with the accelerating moves towards the European Union, the Maastricht Treaty, and Economic and Monetary Union all weakened Thatcher’s position. The book of course also addresses Thatcher’s physical and mental decline in the long lead up to her death.

A strength of this book is its explanation of the linkages between particular events. For example, the writer explains how the “Madrid Ambush” by her Foreign Secretary and Chancellor occurred at about the same time as a key conflict with the Cabinet Secretary about the fate of Thatcher’s Foreign Affairs Private Secretary, Charles Powell.

In addition to these major issues, the book addresses the growing disaster of the Community Charge, (concluding that it was nonetheless a case of a genuinely collective error of judgment by the government), the notorious prohibition of local government promotion of homosexuality, the response to the AIDS epidemic, the release of Nelson Mandela, and Thatcher’s early consideration of climate change.

While the book is, on the whole quite positive about Lady Thatcher, it remains objective. For example pointing to her appalling relations at times with colleagues, her apparent recantation of her views on climate change after she she left office, and her role in encouraging the Maastricht rebels after the 1992 election.

Taken together the three volumes must stand as the definitive study of her government. I highly recommend it and the preceding volumes as Christmas holiday reading material.

The volume is not short of explosive revelations. Even for somebody who has generally read quite a lot on the Thatcher government. Particular revelations of note include:

• Sir Geoffrey Howe’s enthusiastic approval of the passage about the “frontiers of the state” in early drafts of the famous Bruges Speech;

• The collusion between Geoffrey Howe and Nigel Lawson in the lead up to the “ambush” before the Madrid European summit, including at least four meetings;

• The extent of Thatcher’s reliance on her Foreign Affairs Private Secretary, Charles Powell, including his advice to her on cabinet reshuffles;

• Sir Geoffrey Howe’s attempts to re-activate his collusion with Lawson on his removal as Foreign Secretary;

• The British discovery of a secret Soviet biological weapons programme and Gorbachev’s role in that programme;

• A number of extracts from the diaries of Douglas Hurd, indicating the Foreign Office’s views of the Prime Minister;

• The tortured negotiations with John Major to secure his nomination of Thatcher for the second round of the November 1990 leadership ballot; and

• The Meryl Streep film (The Iron Lady) depiction of Carol remaining close and Sir Mark rarely visiting, being incorrect, when the opposite tended to be the case.