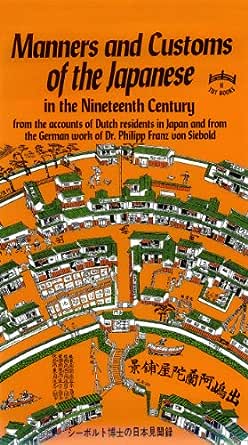 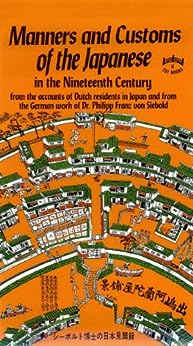 Manners and Customs of the Japanese in Nineteenth Century: From the Accounts of Dutch Residents in Japan and from the German Work of Dr. Philipp Franz von Siebold (Tut books. H) (English Edition) Kindle-editie

This unique handbook of Japanese manners, customs, history, and singular happenings was published in New York in 1841. Based on the firsthand observations of Dr. Philipp Franz von Siebold of the Dutch trading port Deshima in the years 1823—29, as well as on Spanish, Portuguese, German, and English records of early Japan, it provided us with a very rare picture of what Japan was like in the final years of its feudal period.

Dr. von Siebold, the chief contributor, was attached to the Deshima post as a medial adviser and traveled within Japan, befriending and teaching many Japanese who were later to distinguish themselves in Western scientific knowledge. An indiscretion in accepting a map of Japan brought about his banishment by the Edo government and forced return to his native Germany.

No collection of books on Japan is complete without a copy of Manners and Customs of the Japanese. It is here reprinted in its entirety from the original edition. Long submerged and virtually forgotten after a century of neglect, it is now made available for a new generation of readers.
click to open popover