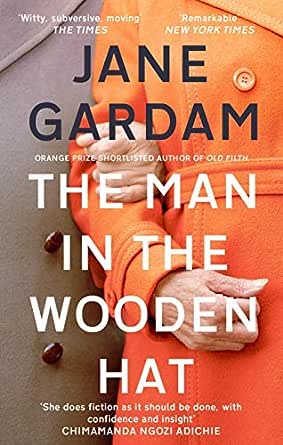 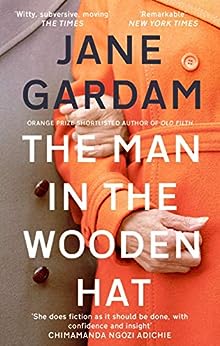 'It's a cliche to compare novelists to Jane Austen, but in the case of Jane Gardam it happens to be true. Her diamond-like prose, her understanding of the human heart, her formal inventiveness and her sense of what it is to be alive - young, old, lonely, in love - never fades' Amanda Craig

'Her work, like Sylvia Townsend Warner's, has that appealing combination of elegance, erudition and flinty wit' Patrick Gale

Filth (Failed In London, Try Hong Kong) is a successful lawyer when he marries Elisabeth in Hong Kong soon after the War. Reserved, immaculate and courteous, Filth finds it hard to demonstrate his emotions. But Elisabeth is different - a free spirit. She was brought up in the Japanese Internment Camps, which killed both her parents but left her with a lust for survival and an affinity with the Far East. No wonder she is attracted to Filth's hated rival at the Bar - the brash, forceful Veneering. Veneering has a Chinese wife and an adored son - and no difficulty whatsoever in demonstrating his emotions . . .

How Elisabeth turns into Betty and whether she remains loyal to stolid Filth or is swept up by caddish Veneering, makes for a page-turning plot in a perfect novel which is full of surprises and revelations, as well as the humour and eccentricites for which Jane Gardam's writing is famous.

Victoria Weisfeld
4,0 van 5 sterren A Marriage: Both Sides Now
15 december 2015 - Gepubliceerd op Amazon.com
Geverifieerde aankoop
Getting to know intimately one half of a married couple can ill prepare you for meeting the other half, who may fail to live up to their superior advance billing, or, as likely, be so surprisingly normal—even pleasant—that you mistrust your own memory of past marital revelations. Award-winning British writer Jane Gardem’s books Old Filth (from the husband’s point of view) and The Man in the Wooden Hat (the wife’s) apply these different lenses to the same 50-year marriage.
I’ve read only this one, published in 2009, but went back to reviews of Old Filth (2006) and found that many of the animating events in the couple’s life are described in both novels. While the bones of the relationship remain the same, “Little here is as it seemed in ‘Old Filth,’ and both books are the richer for it,” said Louisa Thomas in her New York Times review.
The sobriquet Old Filth—created by and applied to talented barrister Edward Feathers, later Sir Edward—is an acronym for “Failed In London, Try HongKong.” Try there, he does, and succeeds. Also in Hong Kong, his future wife Elisabeth Macintosh debates whether to marry him, decides to, and carries through at rather a slap-dash pace in ancient borrowed finery. Eddie’s preoccupation is that Betty should never leave him, and she promises she won’t. This is a promise Betty learns will be enforced by Edward’s best friend, the card-playing Chinese dwarf Albert Ross (“Albatross”): “If you leave him, I will break you,” Ross threatens, and she is sure he means it.
The wedding ceremony follows by a few hours a one-night affair, in which Betty is deflowered by Eddie’s nemesis, rival barrister Terry Veneering. Trust Charles Dickens to recognize an allusive name when he hears one; like the nouveau riche social climbers in Our Mutual Friend, this Veneering has a charming surface. His attraction Betty lasts for decades, and he weaves in and out of the story of the couple’s marriage.
While a story of interpersonal relationships, the book takes place after World War II, and is necessarily revelatory about broad social upheavals in Britain. Class and privilege are never the same after the unraveling of Empire, the economic upheavals of the decade before the war, and the war itself. The world into which the three protagonists were born simply disappeared beneath their feet and dissolved out of their arms.
The novel follows the couple from youth to old age, with Betty’s death planting tulips in their rural garden. Mostly, though, it focuses on their early relationship, including the tragedy of a miscarriage that leaves Betty unable to have her heart’s desire, children. The closest relationship she maintains with a young person is with Veneering’s precocious son, Harry, whom she meets when he is nine years old and “crunching a lobster” under the table at a banquet. She has numerous lively and colorful friends in Hong Kong and later in London, whose appearance in the narrative is always welcome.
As for the everyday relationship between the spouses, the reader is shown the benefits of accommodation rather than the head-to-head battles that often characterize such books.
Well plotted and carefully written, full of good humor and getting on with it. A third book in the Old Filth trilogy, Last Friends, was published in 2013. It’s a view of the Feathers’s marriage from Veneering’s point of view. Now that should be interesting!
Meer lezen
5 mensen vonden dit nuttig
Vertaal recensie in het Nederlands

Between the Leaves
4,0 van 5 sterren A writer who knows how to manipulate her readers
5 maart 2017 - Gepubliceerd op Amazon.com
Indeling: Kindle-editieGeverifieerde aankoop
The story setting alternates between colonial Hong Kong and London in the period prior to Hong Kong’s independence from Britain. It’s primarily a love story between Betty Mackintosh, who was raised in a Japanese internment camp after losing her parents and Raj orphan, Teddy Feathers.
I was captivated from the start of the book by the author’s witty, almost flippant style woven into scenes of deep emotion. Betty’s confidences to her friends about the proposal she has received from eminent lawyer, Teddy, and their advice to her, make for amusing reading.
Superficially Teddy seems socially naïve, uncommunicative, work-obsessed, but attractive and principled, and makes Betty promise never to leave him. Her sweet, uncomplicated manner wins over everyone she meets, including Teddy. She agrees to marry him, even though she knows the marriage will be convenient rather than passionate.
The mood changes subtly in the second half of the book. Gone is the easy, light-hearted mood, and what unfolds between them is a complex situation, complicated further by manipulative friends and an ending I didn’t see coming. There are twists and turns, beautiful prose, English manners and clever plotting and I enjoyed the read. My annoyance and disappointment at one of the main characters is probably an indication of my involvement and empathy with the innocent party. This is apparently the third book by Jane Gardam in which she uses Teddy Feathers as a main character.
Meer lezen
2 mensen vonden dit nuttig
Vertaal recensie in het Nederlands

A technical tour de force as well, the novel is the backstory of Gardam's earlier book, OLD FILTH. That book describes a marriage from the point of view of the husband (Sir Edward Feathers). Here, we get the story from his wife Betty's perspective.

Both have had shocking experiences early in life, he a Raj orphan abandoned by his father and otherwise mistreated, she a survivor of a Japanese internment camp in Shanghai. Betty agrees to marry Edward because he's a brilliant advocate, getting richer every day, wildly handsome and thoroughly good. An hour later she meets his arch rival, advocate Terry Veneering, and falls passionately in love. Ironies abound as their lives unfold from this point.

The man in the wooden hat is Edward's best friend - eccentric Chinese dwarf and mysterious power in international law who becomes a kind of terrifying manifestation of Betty's conscience.

Gardam perfectly captures the poignant imperfection of humankind. Her characters develop under the sensuous influence of exotic places and the chilling influence of the very best British society. Awash in guilt and unspoken conflicts, Sir Feathers and his wife often manage to be happy. Anyone who has ever had a contrary impulse should find this book rather cheering.