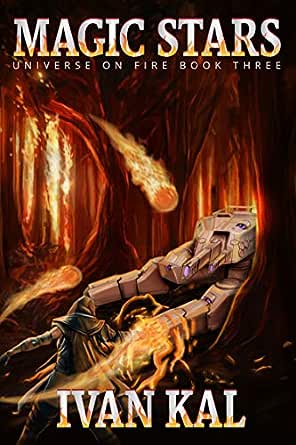 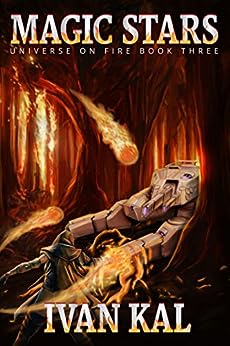 A new world, and new threats!

The Val'ayash invasion of Earth had been defeated. New deals were reached with both the Qash'vo'tar and the Zhal Confederation. But, Earth has one advantage that no one in their universe knows about. The portal to Ethorria.

Captain Kane Reinhart leads an expedition deep into the lands of Ethorria, an alternate version of Earth in another universe. His mission, to find new allies that can teach Earth more about magic and help them against the Val'ayash. Because in order for them to stand a chance against more technologically advanced races in their own universe, they need to improve their magitech. But Ethorria has its own problems and dangers.

Remi, was born for a purpose, raised and trained unlike any human before her. She is a Dragon, a product of a secret program designed to create super soldiers. Her only purpose is to safeguard humanity. But serving alongside Captain Kane Reinhart brings its own challenges, because she and her siblings were born as products of stolen genetic material. And Captain Kane was her biological father. Struggling with feelings that she had never felt before, Remi has to navigate the growing relationship with the Captain, all while she kept him from finding out the truth.

Magic Stars is the third book in the Universe on Fire series, an epic science fiction series with fantasy elements. It follows humanity as it attempts to make a place for itself in a hostile galaxy.

This book series is part of KalVerse. All of my books take place inside a shared multiverse, and some characters crossover from series to series. But it is not required for you to read all the series in order to understand what is happening, each series has its own set of characters and a storyline which is contained inside of that series.

Don
3,0 van 5 sterren 5 star story, 1 star publication
22 februari 2020 - Gepubliceerd op Amazon.com
Geverifieerde aankoop
This is a good story, but the editing is an embarrassment. No printed book would be released with the amount of jumbled sentences and misspelled or misused words that this ebook has.
Meer lezen
Vertaal recensie in het Nederlands

Gris
5,0 van 5 sterren IMO a great story
6 januari 2020 - Gepubliceerd op Amazon.com
I love the blend of magic and tech. The battles are not lopsided so you are drawn into them. My only criticism is the story needs an editor to catch the spelling mistakes and sentences that have poor word choices or repeats. There were only a few times that it was bad enough to shake me out of immersion so most are minor. Another criticism I have isn't aimed at the author it is aimed at Amazon. I have this author marked as a favorite but it doesn't do any good since there is no notification when there is a new book. His books are not even listed in the new releases in scifi. The only way I found it was by checking on the author's page.
Meer lezen
Vertaal recensie in het Nederlands

Kindle Customer
5,0 van 5 sterren Fun read
8 januari 2020 - Gepubliceerd op Amazon.com
I usually don't like it when stories mix magic and technology but this series is a definite exception. I really enjoyed this book and look forward to further books in the series. Ivan Kal is the best.
Meer lezen
Een iemand vond dit nuttig
Vertaal recensie in het Nederlands