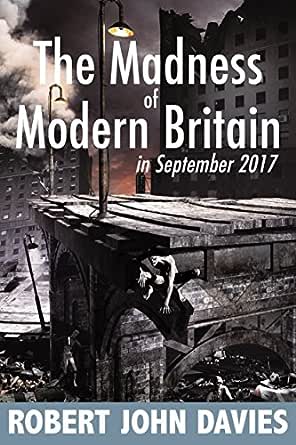 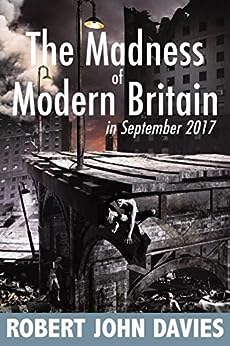 The Madness of Modern Britain in September 2017 is a long essay addressing the latest developments in Britain's swift descent into an unstable, ill-at-ease and unhappy country.

A once-mighty nation is now in a state of flux in which traditional, conservative values are thrown aside in favour of militant egalitarianism, multiculturalism and identity politics, fuelled by seemingly unstoppable mass immigration. Along the way, freedom of speech is becoming increasingly threatened, and I give as an example my own recent experience during a heated debate on Twitter. Britain, Europe and the wider Western World is changing – not slowly, over the passage of time, but rapidly, before our very eyes. This isn’t so much a slow-motion car crash, but a pretty fast one.

I'm currently working on a full-length book addressing this topic but along the way intend to write a series of essays based on recent developments over the past few days and weeks. This first one, split into a dozen parts, seeks to give a fresh and immediate flavour of how, day by day, Britain is becoming ever more abnormal and politically-correct.

I conclude with a flavour of what is to come in my longer work – a blueprint for saving British and European civilisation. The medicine won’t be easy to take, or nice to taste, but it's do or die.

ABOUT THE AUTHOR:
Robert John Davies studied French and Spanish to degree level at university before becoming a staff newspaper journalist for more than 20 years. He worked for various titles including the Shropshire Star, Express & Star and the Welsh Daily Post in numerous roles including reporter, feature writer, sub editor, deputy news editor, columnist and leader writer.
In spells as a freelance, his work has appeared in the Daily Mail, Mail on Sunday, Sun, Mirror, Daily Express and The Independent. He is also the self-published author of numerous children’s books which have sold hundreds of copies.
During his career, he has seen at first-hand pre-apartheid South Africa, observing and photographing a major anti-apartheid rally in Durban and travelling with a guide in dangerous third-class “blacks only” carriages from Johannesburg to Pretoria. He has also made numerous trips to Northern Ireland, chronicling and photographing life in Belfast troublespots.
He currently works from home as a freelance writer and now intends to write books and long essays on politics and current affairs in addition to further works of fiction.
click to open popover