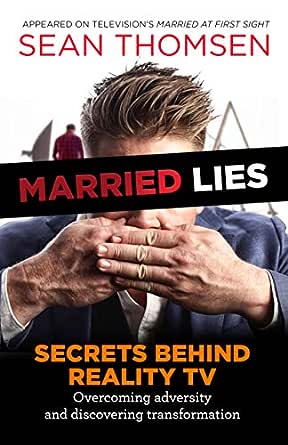 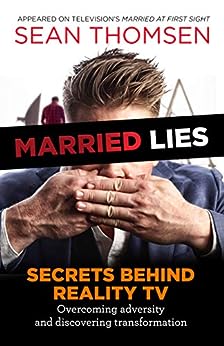 The shocking true story of the lies and manipulation used by one of Australia’s biggest TV
production companies.

The full inside story of the bullying tactics, clever editing, and storyboarding used to create a
TV phenomenon.

This tell-all castmate who appeared on season 5 of Married at First Sight was at the bad end
of their editing process. In this book, he puts it all on the line despite pressure from Channel
9’s publicity team and the threats by their lawyers.

In 2018, Sean Thomsen became one of the most recognised members of the TV show
Married at First Sight because he wore the infamous gold jacket to the reunion. But, like the
well-favoured stars on the hit show, Sean’s inside look at the world of reality TV revealed
that all was not as it seemed. Despite the promotion of ‘helping Australian singles find their
potential lifelong partner using the science of matchmaking’, the show has quickly devolved
into an oppressive ordeal – with strict rules, manipulative producers, and battles with
ambitious egomaniacs – and nearly drove Sean to take his own life in the aftermath.

Married Lies is Sean’s introspective account of his time inside the experiment; the lies,
harassment, and relentless social media abuse. Get the real, behind-the-scenes tale on the
producers’ whatever-it-takes attitude and ruthless focus on profits, ratings, and notoriety –
truth be damned.

But Married Lies is also a chronicle of transformation and personal power. By telling his
story, both a cautionary tale and a celebration of personal empowerment, Sean shares
everything he’s learned about resilience in the face of adversity. With his extensive
knowledge of self-development and unique style, Sean will help you with making the first
step to change.

Married Lies will show you how to:

– Overcome adversity and redirect your mind
– Gain certainty and core confidence to change your career, relationship, or lifestyle
– Decide what you want and establish your true course in life

In Married Lies you will discover that no matter what life throws at you, your destiny is in
your own hands.