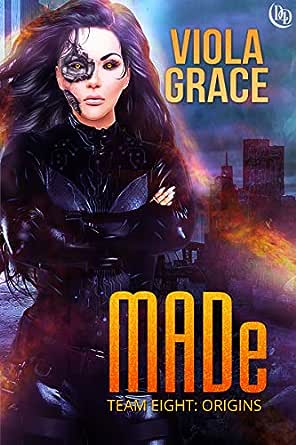 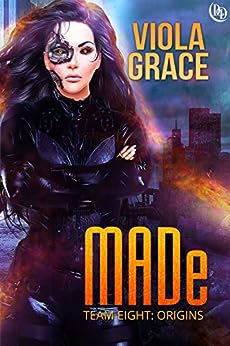 Venda was having a nice lunch with a friend when her life took a wrong turn. She and her friend were held hostage, and when the payoff didn’t arrive in time, she put herself between her friend and harm. Dying wasn’t pleasant, but waking up in a mainframe took some getting used to.

Venda uses her connection to the data stream to learn how she died and who was responsible. Once that little task was accomplished, she set out to gain revenge on the ones who had killed her in such a vile and public manner.

Her little revenge adventures gain attention, and soon, there are members of the cluster hero teams standing in front of her mainframe, asking if she would like a pardon in exchange for a little light espionage. How can she resist?

She can have a body again if she joins Team Eight.
click to open popover

Amazon Customer
3,0 van 5 sterren To short
22 juni 2019 - Gepubliceerd op Amazon.com
Geverifieerde aankoop
Just when it got interesting it ends. I guess I got use to her other series that I can’t see spending money for this
Meer lezen
5 mensen vonden dit nuttig
Vertaal recensie in het Nederlands

Annie K 69
4,0 van 5 sterren Good start to a new super hero series
23 juni 2019 - Gepubliceerd op Amazon.com
Geverifieerde aankoop
Venda Mills is killed by terrorists trying to use her pregnant best friend as a bargaining chip for advanced technology. There's father is a brilliant scientist.
Dr Hammor has a hobby, that may not of saved Venda's life but did save her brain. All that Venda was is now stored in a computer. She has learned to take over mechanical devices and has been getting her revenge. What she has been doing hasn't gone unnoticed. Investigator Jianik has come to recruit Venda for the Teams. First they need to build her a body and a portable brain.
Good start to an interesting new super hero series. Looking forward to seeing what happens next.

daphne k thrower
1,0 van 5 sterren No romance - Viola Grace is slipping
7 juli 2019 - Gepubliceerd op Amazon.com
Geverifieerde aankoop
Major disappointment. Story seemed disjointed and leapt around a lot. Main character not engaging. Premise for story lackluster. Absolutely no romantic content. First book of Viola Graces that I have regretted purchasing and I have over 250 of her stories. Do not waste your money or time on this one.
Meer lezen
2 mensen vonden dit nuttig
Vertaal recensie in het Nederlands