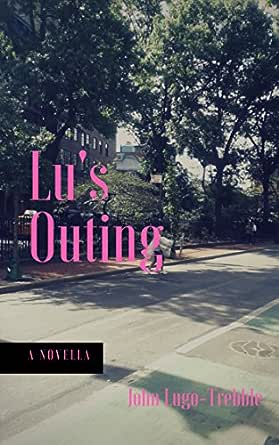 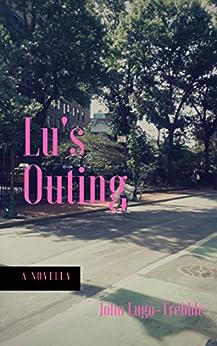 “It didn't bother me that I was all those names they called me.... It hurt that it bothered them so much.”

Lu has no friends. Anthony keeps bullying him at school. His mother is growing suspicious.

What else can he do but ditch school to go hang out in Greenwich Village, it’s what his Uncle Jose would have done. After all, it’s 1993, and he’s in the city that never sleeps.

What could possibly happen?

So begins a comical coming of age story of breaking the rules, making new friends and falling in love.

Being a teenager may suck, but in a city of possibilities Lu finds out that it doesn’t always have to.

Ashlotte
5,0 van 5 sterren A 1993 time capsule
3 juli 2018 - Gepubliceerd op Amazon.com
Geverifieerde aankoop
Lu's Outing is a fun and authentic read that will transport you back to NYC of the early 90's. I have never been to NYC, but the book still brought on a nostalgia for the discovery and hanging out in the proudly gay (and sometimes seedy, which made them thrilling) places of my own city in the 90's. In that era I had many friends like Lu, who were just beginning to be brave enough to face themselves, come out, and find like-minded and accepting people. At that time I was fortunate enough to walk alongside and support several of them in that journey, and reading Lu's story brought me back to that place.

It was also fun (and sad) to remember what it was like to be a teenager in 1993, when it was perfectly logical to catch public transportation downtown and spend the day wandering about aimlessly, hoping to run into someone. When going to someone's work and asking if they were working that day (and then feeling that disappointment when they weren't there), was a thing. When there was so much time "wasted" because of not having instant communication via cellphones and when strangers would talk to each other because people were not looking into the palm of their hands all the time. We were the last generation to come of age without even email or the internet, and it is easy to forget what that was like. I enjoyed remembering the simplicity and reflecting on those changes as I read the book.

I really enjoyed Lu's perspective, and my only complaint is that I wanted more of the story. I look forward to reading more from this author in the future.

Seana Graham
5,0 van 5 sterren Crossing to Safety
6 augustus 2018 - Gepubliceerd op Amazon.com
Geverifieerde aankoop
A short, charming coming of age story. Tired of being hassled in his Bronx school for being gay, Lu decides to skip it all for a day and heads downtown. He wanders into some of the well-known gay quarters of the city and gradually begins to find people who welcome him and see the world as he does. I found myself wishing that all lonely, outcast youth could find such a haven just by hopping on a train. And the heady, liberated feeling Lu has reminded me of a similar journey to the Castro that one of my friends described to me about first going to the Castro when he was a young man.

An additional strength of this book is that Lu is short for Luis, who comes from a Puerto Rican American neighborhood, as does the author. The book offers some nice glimpses into that culture and also shows what coming out in that context might be like, in both its strengths and obstacles.

Amazon Customer
5,0 van 5 sterren A wonderful coming of age story!
28 augustus 2018 - Gepubliceerd op Amazon.com
Geverifieerde aankoop
This short and sweet book compels the reader to fall in love with the characters as they grapple with being outsiders in a society that makes it difficult to be unique. Through love, trust and street-smart vulnerability, we get to follow the main character as he learns to accept and embrace his place in the world. The soundtrack weaving through the story evokes the feelings and memories of the 90’s in America. Great book and I can’t wait to read more from John Lugo-Trebble!
Meer lezen
Vertaal recensie in het Nederlands

Gabriella Oravetz
5,0 van 5 sterren I loved it!
26 augustus 2018 - Gepubliceerd op Amazon.com
Geverifieerde aankoop
A universally human story about finding out who you are, the people who help you find where you belong, and the terrifying and exhilarating rush of first love/lust . The authentic descriptions of Christopher Street, the pier and the bright and beautiful menagerie that inhibited the neighborhood in the early 90's brought back lots of great memories from my teens. I highly recommend this story and author and look forward to reading more from him.
Meer lezen
Vertaal recensie in het Nederlands
Ga naar Amazon.com om alle 13 recensies te bekijken 4,8 van 5 sterren
Terug naar boven
Over ons
Verkoop bij ons
We helpen je graag
© 1996-2020, Amazon.com, Inc. en dochterondernemingen