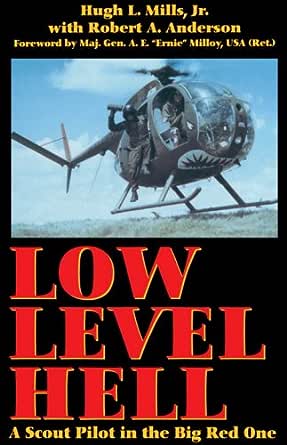 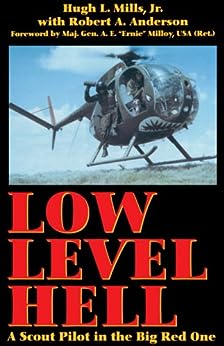 Jonny Clayton
5,0 van 5 sterren Very Good
13 mei 2017 - Gepubliceerd op Amazon.com
Geverifieerde aankoop
There are many reasons why you should read this book. Firstly it gives you a view into working a light helicopter at low altitudes in a wild and dangerous world of combat in the late 60s, I love helicopters and like the way Mills talks directly to the process of flying. It inspires my imagination takes you to a point of holding the throttle and collective ( sometimes with your left knee) or the cyclic, pitching, rolling and skidding around in a way you would not see as a civilian. Then there's the human aspect - one takes it in as the best and worst of humanity - It leaves me with gratitude and great respect to those who served. The author does not judge politically as people do now or did then or debate the rights and wrongs. The futility of war is not in question.
As I finish the book I feel sad to be leaving the characters that make the book ( I like the footnotes on their lives after the book), and morn for those young men lost in the campaign.
Meer lezen
18 mensen vonden dit nuttig
Vertaal recensie in het Nederlands

Colin Brown
5,0 van 5 sterren Excellent book about someone who helped re-write Scout Piloting
30 mei 2018 - Gepubliceerd op Amazon.com
Geverifieerde aankoop
Low Level Hell is the unvarnished account of Hugh Mills' time as a Scout pilot during his two tours in the Vietnam conflict. Hugh Mills basically re-wrote the Army guidelines on how/what a scout pilot is and has received numerous medals and awards for his time there, too many to recount here.

The book takes you from when Hugh hadn't even been in a helicopter through pilot training and then his two tours in Vietnam. Each chapter is fairly short mainly detailing a single event that happened (and there are a lot of events) that stood out from the normal daily grind. Hugh basically puts you in the co-pilots seat so you feel you are right there riding along with him and his crew chief. No punches are pulled and the author tells it like for what it is, the hell of combat, getting shot at (and hit), the dangers and the thrills of flying literally 3 feet off the ground following a trail left by the enemy to a point of contact, popping up over a treeline and surprising a small group of enemy soldiers and of course the gory details of war like having a Loach (scout helicopter) crash and burn up on impact and the pilots scars and wounds and of course getting shot (in the butt).

Each chapter is short, very well written keeps you engaged. This is an excellent book for picking up and reading for 5-10 minutes when you have time as each chapter is very riveting and short enough to do so. Once you start reading however, you don't want to put it down.

Funnily enough, Hugh Mills also served at the same time and place Robert Hartley who was a Cobra pilot and has another excellent book, called Gunship Pilot.

A great and detailed book about someone who had a great influence on the way the Vietnam was fought.

D. Kim Hamblin, PhD
5,0 van 5 sterren Incredible Bravery and a touch of crazy
6 september 2019 - Gepubliceerd op Amazon.com
Geverifieerde aankoop
Learned of this book from a former patient who flew an OV-1Bird Dog in Vietnam and then taught Huey pilots at Fort Rucker. What a ride! For many years Vietnam veterans rarely talked about the war with anyone but another veteran.I think they truly believed that no one would believe them. These men made incredible sacrifices for our country even when they began to see the futility of the war and the monstrous cost and unpopularity with the country. Writers like Tim O'Brien and Karl Marlantes have written books well worth reading. Huey 1968 by Mark Bowden and To the Limit:An Air Cav Huey Pilot in Vietnam by Tom Johnson also speak to the bravery and sacrifices of the men sent to war and were handicapped by rules of engagement. My stepchildren have their father's name engraved on The Wall, a wall with real meaning. They were 3, 4, and 5.This was an exciting book that demonstrated the bravery, determination and love of their country. I don't mean to criticize those who protested the war. They had strong beliefs that the war was costly and based on a theory that hasn't proven true 100%. We are now facing another foe who seems to be chipping away at boundaries, but in different ways.We need to value our military, but we need to be more careful of where and how we commit them and how we treat our allies. Great book,brave man, read this book.
Meer lezen
2 mensen vonden dit nuttig
Vertaal recensie in het Nederlands

"It was 8 April 1969, my twenty-first birthday. Now, I smiled to myself, I could take a drink legally. I could also vote. I could even get, maybe, a slight reduction in my car insurance rates, if I were back home. It all sounded pretty silly in Vietnam."

"Coming in on the downwind, Crockett's M-60 poked out the door, trailing red smoke for all the world to see. I was coming back from my first scout mission, in command of my own ship, and trailing red smoke marking our kills— including my first from the air."

"The emotion was one of excitement mixed with horror. My hands were trembling and there were no words. There was no need for them. I had engaged the enemy in combat, face to face. I had made mistakes, but I had accomplished a mission and survived. And I had drawn my first blood. Happy twenty-first birthday."

Am sure there were many other young men who also celebrated their 21st birthdays in country having been sent in harms way by our government.

In the very last line of the book's Postscript Co-author Robert Anderson ended with a comment that far too many citizens and non-citizens living in the USA disregarded during Viet Nam and continue to disregard today. Mr. Anderson is absolutely right when he said "Blame the war, not the Warrior!"