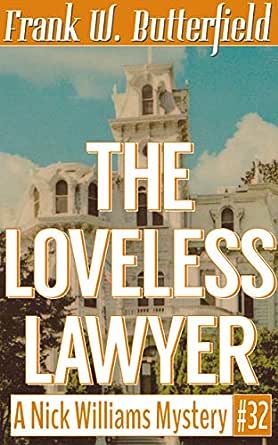 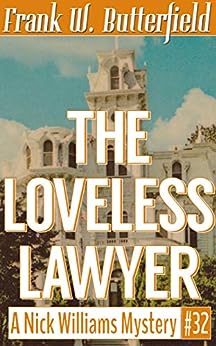 The new year has arrived and it's cold.

Nick and Carter feel it more than most since they're just off the plane after three weeks in Brazil.

Meanwhile, Jeffery Klein, Esquire, Nick's ex-lover, ex-lawyer, and ex-friend, is back in town.

Jeffery is being blackmailed. And not for chump change.

After some husbandly nudging from Carter, Nick agrees to look into who might be behind the outrageous demands for money.

Almost before they know it, Nick and Carter have discovered the real scandal behind the blackmail.

It's juicy. It's salacious. And it goes back quite a few years.

And, to their surprise, tracking down the blackmailer leads from San Francisco to Sacramento and the office of the Golden State's newest governor, former actor Ronald Reagan.

What will the Gipper think when he realizes what's been happening under his very nose?

Ulysses Grant Dietz
5,0 van 5 sterren A finale of operatic emotion, and a beginning as well.
11 september 2019 - Gepubliceerd op Amazon.com
Geverifieerde aankoop
I think we could have a modern opera called “Jeffery Klein.” In this thirty-second installment of the mysteries involving Nick Williams and his husband Carter Jones, we come to the closing of a circle. At forty-four years old, after two decades with his lover, Nicholas Williams is, at last, a man in full.

Oh boy. This one made me cry. In public.

Jeffery Klein is back, and his story, which has been familiar to Frank Butterfield’s readers since the very beginning of this monumental series, is finally laid bare. Jeffery is the loveless lawyer of the title, and as the layered meanings of that title begin to resonate through the narrative, the tragedy of Jeffery’s life – in opposition to the triumph of Nick’s – can’t help but bring tears to the readers’ eyes.

Jeffery is the lost lamb, the fallen angel, the self-loathing gay man who has absorbed all the hateful prejudice against his kind that America in the not-too-distant past could dish out. His story is a reminder to me that, when I run across gay folk who believe and do things I can’t imagine any self-respecting gay person doing, I need to remember where we all came from. Nick and Carter and Jeffery, and all of the original part of Nick and Carter’s team, are of my parents’ generation. Even my generation struggled with the damage society inflicted, far more than we should have had to.

As Frank Butterfield is wont to do, he reintroduces the cast of characters at this pivotal finale, reminding all of us of what has happened over the last span of time since the first book appeared in 2016. We have watched Nick and Carter grow from young men who don’t fully understand the amazing stacked deck they’ve been handed, to international celebrities, both notorious and revered, who meet with presidents and grab headlines. Early on in my reviews I likened them to gay superheroes, sort of like a gay Batman and Robin, who fought injustice with their money.

John Johnson Jr.
5,0 van 5 sterren The End...of the '60s!
26 augustus 2019 - Gepubliceerd op Amazon.com
Geverifieerde aankoop
The Loveless Lawyer, without spoiling anything, wraps up a number of past story points as Nick and Carter and the gang find new information about an old frenemy. It's a fitting way to finish off the 1960s and spin Nick and Carter off into the 1970s in a new way.

As a sidenote, if you haven't read The Amorous Attorney yet, go back and check that one out first.
Meer lezen
2 mensen vonden dit nuttig
Vertaal recensie in het Nederlands

Leigh
5,0 van 5 sterren Amazingly good read.
26 augustus 2019 - Gepubliceerd op Amazon.com
Geverifieerde aankoop
I wish I could write like this. It has a depth of emotion, heart and healing that will keep me awake and thinking for a very long time.
Meer lezen
Een iemand vond dit nuttig
Vertaal recensie in het Nederlands

S. J. Harden
5,0 van 5 sterren Great
31 augustus 2019 - Gepubliceerd op Amazon.com
Geverifieerde aankoop
The only thing I can say about this book is that it is fantastic. Read the book, read the whole series, you will not be disappointed.
Meer lezen
Een iemand vond dit nuttig
Vertaal recensie in het Nederlands