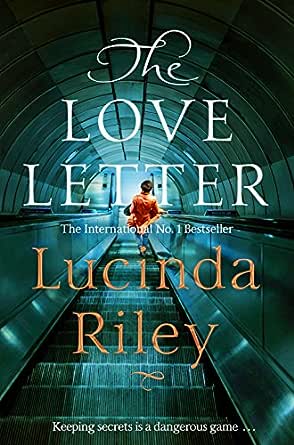 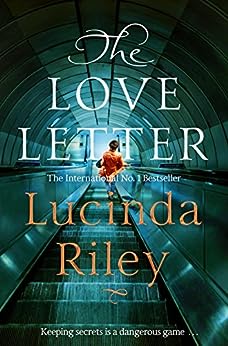 "Riley has written another intricately plotted, compelling family saga, which presents historical and cultural attitudes of the time and place in which her characters live. . . . The story is elegantly sculpted and rich with history . . . will please fans of romance as well as historical fiction lovers." --Library Journal on The Angel Tree

"A bit of a ghost story, a little romance, some historical fiction, and plenty of family drama mix into one wonderful story. . . . A sure bet for fans of Lauren Willig, Kate Morton, or Maeve Binchy." --Library Journal on The Midnight Rose

"A sweeping, poignant saga that will enthrall fans of The House at Riverton, Rebecca, and Downton Abbey." --Shelf Awareness on The Orchid House

"This page-turning, multigenerational sudser by best-selling Riley (The Storm Sister, 2016) will appeal to fans of Barbara Taylor Bradford and Penny Vincenzi." --Booklist on The Angel Tree

Keeping secrets is a dangerous game . . .

When Sir James Harrison, one the greatest actors of his generation, passes away at the age of ninety-five he leaves behind not just a heartbroken family but also a secret so shocking, so devastating that it could rock the English establishment to its core . . .

Joanna Haslam is an ambitious young journalist, assigned to cover the legendary actor’s funeral. The great and the good of the celebrity world are there. But Joanna stumbles on something dark beneath the glamour: the mention of a letter James Harrison has left behind, the contents of which others have been desperate to conceal for over seventy years. As she peels back the veil of lies that has shrouded the secret, she realizes that there are other forces attempting to prevent her from discovering the truth. And they’ll stop at nothing to reach the letter before she does.

The Love Letter is a thrilling novel full of secrets, lies and unforgettable twists, from the internationally bestselling author, Lucinda Riley.

*This title was originally published as Seeing Double.*

Carol M.
5,0 van 5 sterren As an Avid Reader I wish I could give this book more than 5 stars
24 februari 2019 - Gepubliceerd op Amazon.com
Geverifieerde aankoop
As an avid reader my standards are higher than most. I read on average of 2 books a month. And I don’t typically review the books I read because I know my standards are that high. This book however is an exception.

This is the first mystery (murder mystery or otherwise) I’ve read whereas as the reader I was not able to put the pieces together and solve the mystery half way through the book. It wasn't until the end of the book that the pieces became clear. And I do mean the end of the book. The plot, the pieces to the mystery were so well woven together it was impossible to know the ending. The web between characters involved and how they were involved was brilliantly intertwined. And I can’t recommend this book enough. I am very much looking forwarded to reading more books by this author. Lucinda, I am so, so happy that you were able to find a publisher to publish this book years after the initial release. It was very deserving of the chance to pull readers into your world.
Meer lezen
8 mensen vonden dit nuttig
Vertaal recensie in het Nederlands

Fiona Sparg
5,0 van 5 sterren Definitely her best book ever!
20 september 2018 - Gepubliceerd op Amazon.com
Geverifieerde aankoop
What a wonderful book full of twists and turns and really keeps you guessing right up until the end. You keep thinking you have it worked out and then, not. I fully understand why it wasn't published when first written as it is definitely a contraversial topic and story line. Loved it.
Meer lezen
5 mensen vonden dit nuttig
Vertaal recensie in het Nederlands

Katharin Dewey
3,0 van 5 sterren Interesting Story
23 februari 2019 - Gepubliceerd op Amazon.com
Geverifieerde aankoop
I loved the premise of the story but I’m not fond of plots that go back and forth in time. I also was not expecting violence in a story by Lucinda Reilly, as she normally does not have any in her books. I love her writing, but not this book.
Meer lezen
Een iemand vond dit nuttig
Vertaal recensie in het Nederlands