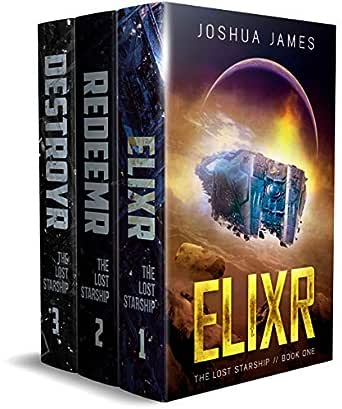 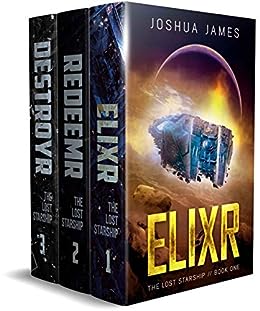 Save the cure. Kill the crew.

That was the dying order of the captain of the starship Elixr. The ship followed the order. Then it lost its mind.

Two decades later, the last chance to save billions of souls rests with the dead starship's only occupants: a pair of boys raised by a deranged robot. When Elixr crashes on a barren world, they join forces with an impoverished girl living on the edge of society to search for answers.

Who are they? Why have they survived? And what could Elixr possibly do to save a world on the precipice of collapse?

The more they learn, the greater the stakes become. Soon they are running for their lives from secret societies, deadly creatures, and powerful warlords. As enemies multiply, it seems the secrets of the lost starship may never be discovered.

But Elixr is hiding more than secrets. Much more.

Fans of fun, action-packed sci-fi will have a blast with The Lost Starship series!

Rex
3,0 van 5 sterren This is a teenage read.
18 september 2019 - Gepubliceerd op Amazon.com
Geverifieerde aankoop
The story is a good one, but it do not connect the parts. You have to assume (fill in the gap) on much of the story. It was fun to read, but lost its fun after the first book.
Meer lezen
6 mensen vonden dit nuttig
Vertaal recensie in het Nederlands