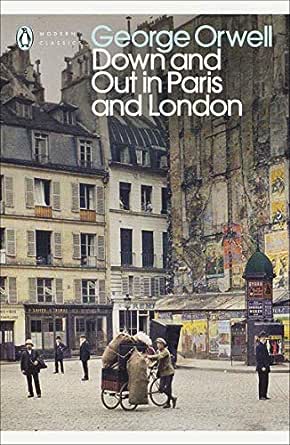 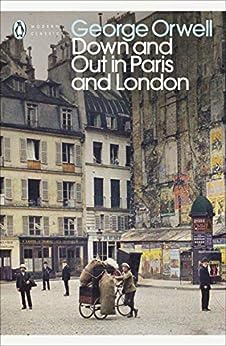 GEORGE ORWELL (1903-1950) was born in India and served with the Imperial Police in Burma before joining the Republican Army in the Spanish Civil War. Orwell was the author of six novels as well as numerous essays and nonfiction works. --Deze tekst verwijst naar een alternatieve kindle_edition editie.
click to open popover

Cori
1,0 van 5 sterren Horribly proofread
17 januari 2017 - Gepubliceerd op Amazon.com
Geverifieerde aankoop
Obviously, Orwell is a great writer. I gave this book one star because of the terrible editing. There were tons of really easy to correct typos, like i's and n's blurring into m's. Come on, it's not like Orwell is a new indie author. You guys couldn't find a better edition? Ridiculous. Amazon should take this one out of circulation.
Meer lezen
51 mensen vonden dit nuttig
Vertaal recensie in het Nederlands

Melanie White
5,0 van 5 sterren check which edition you are buying: some are crap
12 juni 2019 - Gepubliceerd op Amazon.com
Geverifieerde aankoop
I accidentally bought a "high school edition" which was incomplete and which was one of those awful print on demand things, 8-1/2 x 11 sheets, laser-printed, carelessly scanned, no proofreading, awkward line breaks -- it's a mess. I am replacing it with a real book. As to the book itself: it's wonderful. It's kind of horrifying and at times it's downright hilarious. How he could manage to keep a sense of humor living hand-to-mouth like that, I do not know. It makes me very grateful for the social programs that were put in place to help the needy. It was not so very long ago, if you were elderly and had no family to take you in, if your job was eliminated, if you were injured or had a chronic illness, if you were disabled, or if you had no one to help you when your luck ran out, you would literally starve. Your alternative was to tramp around from one place to another for grubby handouts and filthy beds. I'm grateful people like Orwell went to the trouble to document this shameful chapter in our past.
Meer lezen
13 mensen vonden dit nuttig
Vertaal recensie in het Nederlands

Alastair Browne
5,0 van 5 sterren A True Account of How to Survive in Paris and London in the 1920s and '30s
21 augustus 2017 - Gepubliceerd op Amazon.com
Geverifieerde aankoop
This is an autobiography of George Orwell, known in real life as Eric Blair, when he spent some time on the streets of Paris and London when he, in his early years (1920s or 30s) was destitute. Then, Blair, who I shall refer to Orwell as his real name, was starting out as a journalism/writer, after World War I (The Great War). Eric Blair doesn't explain how he ended up in this situation of poverty in the first place, but does provide a good account of his life on the streets of Paris and London, and his struggle to survive day by day.
It was rough. Blair live hand to mouth, and being among the tramps, beggars, the destitute, he always had to watch his back, for there was always someone out to take his money, clothes, food, anything, at the first chance he gets. Needless to say, Mr. Blair survived and was able to give a clear account.
The book is evenly divided between his stints in Paris, then London. He covers Paris first. Paris is pictured as the lap of luxury, fashions, French architecture. I've been there myself, and it is amazing. Deep down below, in the unseen sections, are the workers, the dishwashers, those who do the dirty jobs to keep Paris glittering. Blair worked as a dishwasher and other similar, back breaking jobs at luxurious hotels, where the work was hard, conditions were unsanitary, and the pay was low. He literally had to pawn his clothes, look for the cheapest rooms to rent, and worked sometimes for 18 hours a day, with very little time to sleep. There were tough bosses and tough landlords, and he had to be tight with his money, buying the cheapest, and lowest quality food. Blair did have buddies to team up with, looking out for each other, and being there for the other when he was starving. Survival produces enemies off the streets, but it also produces great friendships. Blair had to take whatever job was available, for one hotel was opening up promising good paying jobs, but there were delays, so one could not depend on any "promises," for anyone.
London had it own adventure. Here Blair was traveling from spike (a hostel like place where tramps could spend one and only one night, with strict rules with a jail sentence for violating them) to spike, with a partner named Paddy. Again, there are situations where one smuggles in food and money against the rules, where other tramps steal them, and their clothes. If the tramp complained, he would go to jail. There were religious sponsored hostels, with strict rules also, and this simply tells of the travels of Blair and his buddy, obtaining money and food and shelter for the night.
In this book, Orwell/Blair does sympathize with the tramp, where his present situation is not always his fault. These are situations where one loses a job, then his home because he was unable to pay for it, or could never find a job, or many other reasons. This is very similar to today's situations where people are evicted from their homes forcing them to live out on the street or in their cars.
This book is a chronicle of what these people go through, and their actions are a result of their desperate attempt simply to survive.

"Most of the things one imagines in hell are if there--heat, noise, confusion..."
"When you have finally got there--and getting there is a in itself..."
"They are feeding it on to a conveyor belt, a moving rubber, belt a couple of feet wide..."
"For they are not only shifting monstrous quantities of coal, they are also doing, it in a position that doubles or trebles the work."
"It is only when you see miners down the mine and naked that you realize what splendid men, they are."
"You have the usual momentary qualm in your belly and a bursting sensation in the cars..." [I presume last word should be "ears"]

In the process---never quite explicitly but always by unmistakable implication---he also makes a case for democratic socialism, one of his well-known lifelong causes. From the vantage of the 21st century his assumptions now ring rather simplistic and one-dimensional. But these shortcomings are forgivable, viewed in the context of the time.

Where the book really falls short, however, is in a deceit that Orwell never quite admits. Unlike the real-life characters he depicts, he is in the end a visitor to these milieus, even a voyeur, able at any time to return to his middle-class life in rural England. His pretension to the contrary, regrettably, carries hints of dishonesty, albeit on the margins, and detracts from the power that the book might otherwise have had.