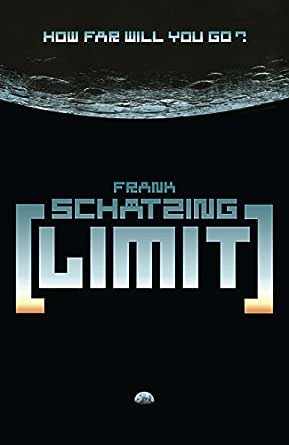 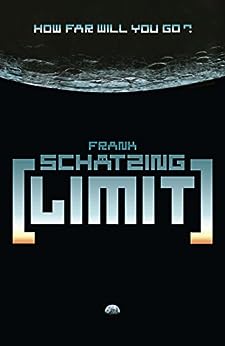 Perfect for fans of Neal Stephenson and Peter F. Hamilton, an epic science-fiction novel from Germany's most successful thriller writer.

The first space elevator connects the Earth to the Moon, prompting a breathless race between the Americans and Chinese to get to the Moon's helium-3 - the rare element that promises to solve all the world's energy problems.

In Shanghai, cyber-detective Owen Jericho has been hired to find Yoyo, a missing girl, but what started as a routine investigation soon develops into a nightmarish hunt. There's a crazed assassin hot on his heels, all because Yoyo accidentally stumbled onto a secret society called Hydra - and now it's not just her life at risk.

Following the Hydra trail takes Jericho and Yoyo round the world and finally to the Gaia, the Moon's very first hotel, where a billionaire entrepreneur is entertaining some of the world's richest and most influential men and women

But the secret society that is Hydra has its own plans for the Earth - and the Moon. And nothing and no one will be allowed to stand in its way.

gtvManager
5,0 van 5 sterren Invest in this massive tome!
12 augustus 2014 - Gepubliceerd op Amazon.com
Geverifieerde aankoop
This book is enormous. I saw it at the store as a hardcover and couldn't buy it due to the fact that I would have to leave it on a desk to read it. Imagine my surprise when I found the Kindle edition at a steep discount. I clicked buy in an instant.

This book is not fast-paced. This is more like an older Stephen King tome mixed with Michael Crichton. The story is very well-researched, and the characters are large in volume. It took a little bit to get going, but I'm so glad that I started this. If you're an average reader like me, it will take a while to get through this suspenseful book, but it is worth it in my opinion as the story is so layered.

A space elevator has been built to get to the moon, and a resort is being opened there. Lots of prominent people are showing up to this state of the art place, but of course, disaster strikes. If you like suspenseful sci-fi, definitely give this one a shot.

Harry
2,0 van 5 sterren Not recommended
7 augustus 2015 - Gepubliceerd op Amazon.com
Geverifieerde aankoop
The book was one of the longer ones I've read, with very little of the extra length of any real use to the overall story line. Some of the sub-stories would have made ok reading on their own but each line would be abandoned at points to pick up another and you'd lose the thread, over and over again. On a positive note, Schatzing's writing is technically well done otherwise it might have gotten only one star. Will probably not check out this writer again.
Meer lezen
2 mensen vonden dit nuttig
Vertaal recensie in het Nederlands

CloudSmasher
1,0 van 5 sterren A Sci-Fi based left wing tree hugger tirade meets Kill Bill
11 juni 2014 - Gepubliceerd op Amazon.com
Geverifieerde aankoop
The author has writing skill, I kept reading his story until the books end. Usually I tear thru a book, this one I had to read in chunks and then put down for awhile. Especially when I got to the political rants where Bush ruined the planet, while The One setup up it's recovery. Really? There's neither escape from the real world in this book, nor the ability to escape from the authors opinion. That almost made me stop reading completely right there. And now after getting to the end I wish I had. The author took almost sadistic pleasure in developing characters only to ruthlessly kill them off. All this to set up who gets to live at the end. I kept hoping the end would have some redeeming value to make the long tortuous journey worth it. But no. Rich people are inherently evil, and big oil companies are raping and running the planet. If you have any conservative values, let this book pass you by.
Meer lezen
8 mensen vonden dit nuttig
Vertaal recensie in het Nederlands