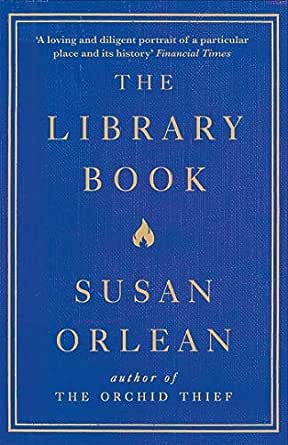 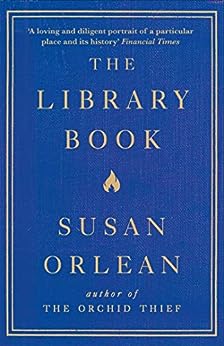 "This is a book only Susan Orlean could have written. Somehow she manages to transform the story of a library fire into the story of literacy, civil service, municipal infighting and vision, public spaces in an era of increasingly privatization and social isolation, the transformation of Los Angeles from small provincial hamlet to innovative collossus and model of civic engagement--and the central role libraries have always and will always play in the life and health of a bustling democracy. Beyond all that, like any good library, it's bursting with incredible tales and characters. There could be no better book for the bookish."
--Dave Eggers, author of The Circle and The Monk of Mokha

"Susan Orlean has long been one of our finest storytellers, and she proves it again with The Library Book. A beautifully written and richly reported account, it sheds new light on a thirty-year-old mystery--and, what's more, offers a moving tribute to the invaluableness of libraries."
--David Grann, author of Killers of the Flower Moon and The Lost City of Z

"After reading Susan Orlean's The Library Book, I'm quite sure I'll never look at libraries, or librarians, the same way again. This is classic Orlean--an exploration of a devastating fire becomes a journey through a world of infinite richness, populated with unexpected characters doing unexpected things, with unexpected passion."
--Erik Larson, author of The Devil in the White City, In the Garden of Beasts, and Dead Wake

"Of course, I will always read anything that Susan Orlean writes--and I would encourage you to do the same, regardless of the topic, because she's always brilliant. But The Library Book is a particularly beautiful and soul-expanding book--even by Orleanean standards. You're going to hear a lot about how important this story is, for shining a spotlight on libraries and the heroic people who run them. That's all true, but there's an even better reason to read it--because it will keep you spellbound from first page to last. Don't miss out on this one, people!" --Elizabeth Gilbert, author of Eat Pray Love and Big Magic

"Moving . . . A constant pleasure to read . . . Everybody who loves books should check out The Library Book. . . . Orlean, a longtime New Yorker writer, has been captivating us with human stories for decades, and her latest book is a wide-ranging, deeply personal, and terrifically engaging investigation of humanity's bulwark against oblivion: the library. . . . As a narrator, Orlean moves like fire herself, with a pyrotechnic style that smolders for a time over some ancient bibliographic tragedy, leaps to the latest technique in book restoration, and then illuminates the story of a wildly eccentric librarian. Along the way, we learn how libraries have evolved, responded to depressions and wars, and generally thrived despite a constant struggle for funds. Over the holidays, every booklover in America is going to give or get this book. . . . You can't help but finish The Library Book and feel grateful that these marvelous places belong to us all."
--Ron Charles, The Washington Post

"A sheer delight. . . . Orlean has created a book as rich in insight and as varied as the treasures contained on the shelves in any local library."
--Chris Woodyard, USA Today

"Exquisitely written, consistently entertaining . . . A loving tribute not just to a place or an institution but to an idea . . . What makes The Library Book so enjoyable is the sense of discovery that propels it, the buoyancy when Orlean is surprised or moved by what she finds. . . . Her depiction of the Central Library fire on April 29, 1986, is so rich with specifics that it's like a blast of heat erupting from the page. . . . The Library Book is about the fire and the mystery of how it started--but in some ways that's the least of it. It's also a history of libraries, and of a particular library, as well as the personal story of Orlean and her mother, who was losing her memory to dementia while Orlean was retrieving her own memories by writing this book."
--Jennifer Szalai, The New York Times

"Captivating . . . A delightful love letter to public libraries . . . In telling the story of this one library, Orlean reminds readers of the spirit of them all, their mission to welcome and equalize and inform, the wonderful depths and potential that they--and maybe all of us, as well--contain. . . . In other hands the book would have been a notebook dump, packed with random facts that weren't germane but felt too hard-won or remarkable to omit. Orlean's lapidary skills include both unearthing the data and carving a storyline out of the sprawl, piling up such copious and relevant details that I wondered how many mountains of research she discarded for each page of jewels."
--Rebekah Denn, Christian Science Monitor

A dazzling love letter to a beloved institution - our libraries.

After moving to Los Angeles, Susan Orlean became fascinated by a mysterious local crime that has gone unsolved since it was carried out on the morning of 29 April 1986: who set fire to the Los Angeles Public Library, ultimately destroying more than 400,000 books, and perhaps even more perplexing, why?

With her characteristic humour, insight and compassion, Orlean uses this terrible event as a lens through which to tell the story of all libraries - their history, their meaning and their uncertain future as they adapt and redefine themselves in a digital world.

Filled with heart, passion and extraordinary characters, The Library Book discusses the larger, crucial role that libraries play in our lives.

Observer1236
2,0 van 5 sterren Very Disappointing -- Vastly Overwritten
28 oktober 2018 - Gepubliceerd op Amazon.com
Geverifieerde aankoop
I suppose mine is a minority opinion. It was tough plowing through this overwritten book. No note card failed to find its way into this book, and no fact was too tangential to include. The author's use of first-person narration and her (to my mind) sentimental and juvenile observations on this or that were cloying. If one wants to know nearly every conceivable fact about the LA library system and its history and many of its staff, this is the place to look. Students of arson may also find pages of interest here. This general reader -- who loves and is interested in libraries as institutions -- was disappointed.
Meer lezen
374 mensen vonden dit nuttig
Vertaal recensie in het Nederlands

Jessica Weissman
5,0 van 5 sterren Susan Orlean takes on a favorite subject for readers everywhere - and is back to form
1 september 2018 - Gepubliceerd op Amazon.com
Vine-klantenrecensie van gratis product( Wat is dit? )
This is a terrific book, Susan Orlean at her considerable best. Her only peer for nonfiction is John McPhee, in my opinion. If you are a reader, you probably already have a profound attachment to and curiosity about libraries and librarians. Orlean's book will satisfy your curiosity and reaffirm your attachment.

This book has her signature combination of threads that add up to a whole: we hear about the horrendous fire at the LA main library, we trace the early history of the library and its colorful head librarians, we hear about the issues that face libraries today (homeless users) and we hear about the puzzling self-contradictory man who was accused of but probably did not start the library fire. Orleans knows that people like to read about other interestisng people, so she switches among library staff, the arson suspect and his family, and current library staff.

She also knows that people like to get the inside story about institutions and places we mostly see from the outside as customers or users. So we get plenty of both. Sure you probably knew that being able to reserve books over the Internet vastly increased the resources devoted to shipping books from branch to branch, but Orlean makes it concrete by visiting the LA library shipping facility. And so on. As with Orlean, there's not a word out of place or a non-telling detail.

So if you care about libraries at all, this is the book for you. Perhaps introducing each chapter with a few catalog entries (I almost said catalog cards, but there are no such things any more) is a bit cute, but it doesn't really get in the way. And if you thought her previous book about Rin Tin Tin wasn't up to her best, don't worry. This one definitely is.
Meer lezen
183 mensen vonden dit nuttig
Vertaal recensie in het Nederlands

Donna M
1,0 van 5 sterren Can we talk about Chapter 5?
16 november 2018 - Gepubliceerd op Amazon.com
Geverifieerde aankoop
SPOILER ALERT. In Chapter 5, the author burns a book. In a story of a devastating fire in a library, seven hundred thousand books destroyed, librarians crying and exhausted volunteers, the author burns a book to see how it feels. What? Assuming she had editors, how was this chapter left in? I don’t understand.
Meer lezen
149 mensen vonden dit nuttig
Vertaal recensie in het Nederlands

TheSongsofDistantEarth
2,0 van 5 sterren Didn't hold my interest
3 november 2018 - Gepubliceerd op Amazon.com
Geverifieerde aankoop
Just not that interesting. I'm actually not that interested in the detailed history and personalities in the history of the Los Angeles Public Library system. The chapters jumped around in time. I found myself skimming ahead often. I gave up 2/3 of the way through in search of a more interesting read that would hold my interest. The stellar sounding blurbs from other writers are WAY overblown. I suggest checking this book out from the library rather than shelling out the buck for a dull hardback read.
Meer lezen
148 mensen vonden dit nuttig
Vertaal recensie in het Nederlands

Amazon Customer
2,0 van 5 sterren FALSE ADVERTISING
1 november 2018 - Gepubliceerd op Amazon.com
Geverifieerde aankoop
I feel that the promos and reviews I read about this book were false advertising. I was looking for a mystery with a little library background and instead got 350+ pages of library history. The book was very boring and I would not recommend it.
Meer lezen
106 mensen vonden dit nuttig
Vertaal recensie in het Nederlands
Ga naar Amazon.com om alle 1.130 recensies te bekijken 4,2 van 5 sterren
Terug naar boven
Over ons
Verkoop bij ons
We helpen je graag
© 1996-2020, Amazon.com, Inc. en dochterondernemingen