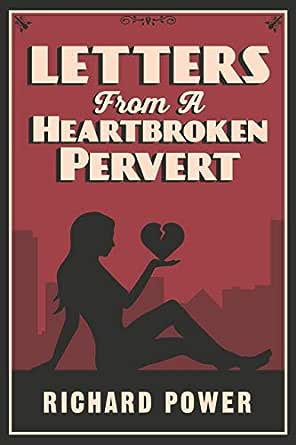 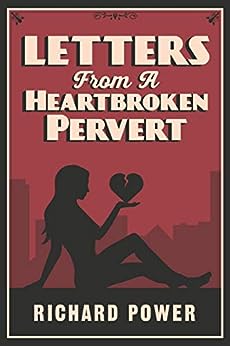 "Breakups are harder for perverts, because there’s only so many of us out there. We both know it."

Welcome to 21st century America. A country in which Tiger Beat tells teenage girls how to perform rusty trombones while incels fume on obscure imageboards. A land in which college graduates deliver pizza and wait tables for less than minimum wage. A world in which sex is everywhere, yet nowhere, and love—the most precious thing in the world—is as elusive as steady employment and 401ks.

Letters from a Heartbroken Pervert is a comic, tender meditation on the state of modern dating. Richard Power's debut memoir examines the millennial generation's human wreckage, exploring its dreams, its delusions, and its longing for the one thing that the 21st century can't provide: love.

Originally serialized on MattForney.com and Terror House Magazine from 2015 to 2018, Terror House Press is proud to bring this underground hit into print. This edition of the book includes a new foreword by publisher Matt Forney.

"From mental health hazardry to the problematic nature of snot to a cost-benefit analysis of girls ranked by race, this volume is a comprehensive compendium of the sundry agonies and ardors of post-meaning existence." — Andy Nowicki, author of The Columbine Pilgrim

“This book won’t appeal to the straight edge, unless as a case study. It is, however, a perfect book for the schizo, the ADHD-riddled mind, and the social media-addled headspace.” — Mason Masters, The Autistic Mercury
click to open popover