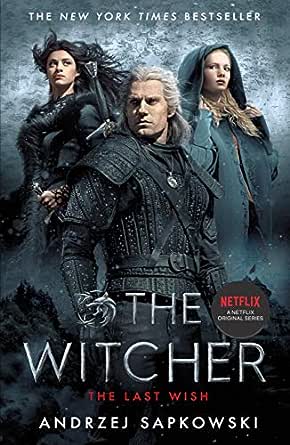 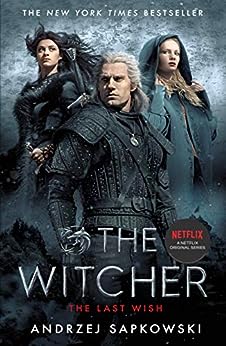 "One of the best and most interesting fantasy series I've ever read. Though it functions well as adventure fiction, it has added depth and value as satire and commentary on fantasy literature ... Sapkowski is a genuine stylist."--Nerds of a Feather

"Sapkowski has a phenomenal gift for narrative, inventing sensational events, creating a suggestive mood, and building up the suspense along with a dazzling, slightly cynical sense of humor."--Jacek Sieradzki, Polityka on The Last Wish

"Sapkowski's The Last Wish is a great collection of short stories centered around a witcher, Geralt - a rare sorcerous breed who hunts down the monstrous but is feared by the innocent. With a wondrous mix of Eastern European folklore and myth, beautiful princesses, mischievous demons and where all is not as it seems, The Last Wish is a great read - perfect for dipping into or just reading cover to cover, as I did."--Waterstones

"Sapkowski is very good at creating interesting, imaginative characters with unusual levels of depth to them ... The Last Wish is an enjoyable book full of stories both melancholy and comic."--The Wertzone

Andrzej Sapkowski was born in 1948 in Poland. He studied economy and business, but the success of his fantasy cycle about the sorcerer Geralt of Rivia turned him into a bestselling writer. He is now one of Poland's most famous and successful authors. --Deze tekst verwijst naar een alternatieve kindle_edition editie.

Introducing Geralt the Witcher - revered and hated - who holds the line against the monsters plaguing humanity in this first book in the Witcher series that inspired a bestselling game and is soon to be a major Netflix series. Geralt of Rivia is a Witcher, a man whose magic powers and lifelong training have made him a brilliant fighter and a merciless assassin. Yet he is no ordinary killer: he hunts the vile fiends that ravage the land and attack the innocent. But not everything monstrous-looking is evil; not everything fair is good . . . and in every fairy tale there is a grain of truth. Andrzej Sapkowski, winner of the World Fantasy Lifetime Achievement award, started an international phenomenon with his Witcher series. The Last Wish short story collection is the perfect introduction to this one-of-a-kind fantasy world. --Deze tekst verwijst naar een alternatieve kindle_edition editie.
Meer lezen