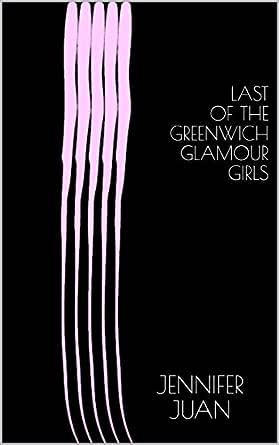 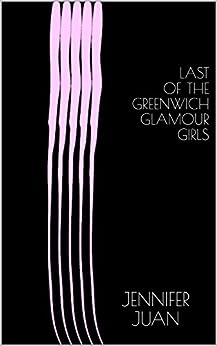 Last Of The Greenwich Glamour Girls is the latest collection of poetry by Jennifer Juan. Navigating love, lust, loss and her light bill, Jennifer finds herself at odds with the world around her, and tackles it in the only way she knows how.
click to open popover

Amazon Customer
4,0 van 5 sterren “The Razors Of Rejection” – A Review Of Glamour, Love And Loss
29 september 2017 - Gepubliceerd op Amazon.com
Geverifieerde aankoop
I began reading this short collection of modern poems with a great liking for its title : “Last Of The Greenwich Glamour Girls” because of its alliterative resonance and because of its mysterious message. The title poem which I found near the beginning but not at the beginning seemed to hold the key to the collection which is about love, regret, loss and power. I would have liked a bit more guidance because I did find myself in difficulty understanding the references but I believe I’ve got it more or less right. There’s also rivalry in some of the poems – the poet feels threatened by more substantial outsiders or one outsider in particular, and betrayal and reunion seem present, too. The collection expresses great vulnerability, rawness and hurt, and reminded me, in its open embrace of the extremely personal and painful, of Sylvia Plath’s poems which seem like desperate operations.
Jennifer Juan, like her name in a British setting, seems out of place and yet very much in tune with the young times she depicts through this short collection of free verses. However, without knowing or delving more, I just can’t say for sure what exactly is going on. Take:
“We made magic,
slight of hand,
slight of heart,
stretched six hours,
into sixty years,
as brave as our surroundings
for the very first time.”
And just before (in the same poem “Glasgow Caledonian”):
“I couldn’t bare to leave your side,”
where a reader like me is flummoxed for several reasons. First and foremost, I know I am being guided by a poet (“slight”, “slight”, “stretched”, “six”, “sixty”) but why should the Glasgow Caledonian be brave? And until I searched I thought the poet was outside a pub whereas I imagine it’s the university! Then, there’s “slight”…..Poets choose their words carefully so is “slight” right and “sleight” wrong? And is “bare” right and “bear” wrong? Deliberate misrepresentations like the campus being like a pub? Or human beings being so changeable as to create heartbreak? There’s the verse about “six hours” and the next verse “sixty years” – youth bearing age miraculously or collapsing into that “brave”, imagined future?
It seems fitting to conclude with a verse from “Ether”, a poem full of contrasts, where the poet expresses so many of those hidden themes : coldness, heat, contradiction, danger, loss, blurred time, obsession…:
“until my soul was safe,
from the razors of your rejection.”
where the metaphorical language seems an apt way of articulating the hurt and that paradoxical wish not to accept the experiences that created “Last Of The Greenwich Glamour Girls”.