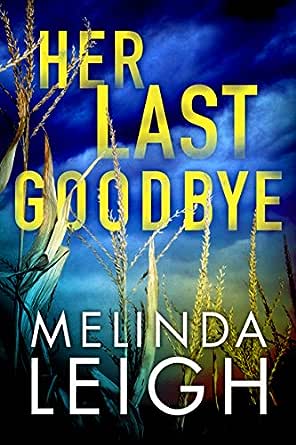 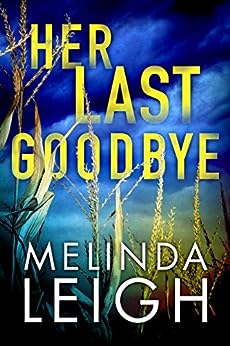 In book two of the multimillion-copy bestselling series, fearless attorney Morgan Dane and her partner take on a disturbing disappearance…

Young mother Chelsea Clark leaves the house for a girls’ night out…and vanishes. Her family knows she would never voluntarily leave her two small children. Her desperate husband—also the prime suspect—hires Morgan to find his wife and prove his innocence.

As a single mother, Morgan sympathizes with Chelsea’s family and is determined to find her. She teams up with private investigator Lance Kruger. But the deeper they dig, the deadlier their investigation gets. When Morgan is stalked by a violent predator, everything—and everyone—she holds dear is in grave danger.

Now, Morgan must track down a deranged criminal to protect her own family…but she won’t need to leave home to find him. She’s his next target.

Young mother Chelsea Clark leaves the house for a girls' night out . . . and vanishes. Her family knows she would never voluntarily leave her two small children. Her desperate husband -- also the prime suspect -- hires attorney Morgan Dane to find his wife and prove his innocence.
Alle bekijken

M A Martin
5,0 van 5 sterren I Wouldn't Expect Less from Melinda Leigh
26 september 2017 - Gepubliceerd op Amazon.com
Geverifieerde aankoop
Melinda Leigh has done it again. I love Morgan Dane, a loving mother and a competent attorney with an excellent work ethic . Qualities it is difficult to find these days - at least all of them in one individual.

This book teaches a very important point: we never know what the next hour, day, or week will hold so we need to make sure we are careful what we say. Our next goodbye could be our last goodbye - leaving us to wish we had said and done things differently.

Tim and Chelsea Clark have two children, a three-year-old daughter, Bella, and a 4-month-old son, William. Tim Clark is a wireless telecommunication engineer for Speed Net, a company working with a university to develop the next generation of Wi-Fi. Chelsea works from home for an accounting firm.

William has colic, a sleep robber for mom, and for the first time since his birth Chelsea is going out for a drink - one glass of wine - with her best friend. Unfortunately, she never makes it to the location where they are to meet and when she does not arrive home by the time the baby needs to eat, Tim starts trying to locate her - without success.

Since Tim has never had total responsibility for the family and its needs, i.e., cooking, cleaning, laundry, etc. he is overwhelmed. He is now aware just how much his family needs Chelsea and he is beginning to realize that he never really fully appreciated her.

Tim reports Chelsea missing but, of course, as her spouse, he is the Sheriff's main person of interest. According to Tim, the Sheriff’s Office appears to be spending more time investigating him than they are looking for Chelsea. Since he has lost confidence in the Sheriff’s ability to locate his wife, Tim, with cooperation from Chelsea’s parents, hires Sharp Investigations to locate Chelsea.

Morgan Dane is a former Assistant District Attorney, who now represents criminal defendants. She has office space in the Sharp Investigations location, Morgan is brought into the investigation to represent Tim’s interests. Sharp Investigations, consisting of Lincoln Sharp, a retired police detective, and Lance Kruger, a policeman who was shot in the line of duty and had to leave the force because he was no longer able to function at the level required if pursuing a suspect, is hired to see if Chelsea can be located.

As is customary for Melinda Leigh, this is not simply a story of a kidnapped woman whose family is searching for her. There are two separate kidnappers in the same general vicinity kidnapping similar women. One of the kidnappers is looking for a mate, even to the extent of “branding” his victim to prove she is his. He believes he can “train” her to love him and want to be his. The other kidnappers are looking for a woman to abuse, rape, and beat to death.

If you read the first Morgan Dane book, Say You’re Sorry, then you know that Morgan Dane is the widow of a military man who was killed in the Middle East. She has not even begun to think of sharing her life with another man when Lance Kruger is thrust into her path. It was obvious in Say You're Sorry that Lance and Morgan were attracted to each other.

In Her Last Goodbye that attraction burns hotter and brighter. However, before she acts on the attraction, Morgan needs to make sure her girls can adjust to her having a man in her life. Lance, who has never had a family, has to consider how to respond to these three little people with whom he will have to interact, one of whom appears to dislike him, not to mention the fact that he has to take care of his mother who is not well mentally due to the fact that her husband and Lance’s dad has been missing for several years.

Can Sharp Investigations locate Chelsea while Morgan makes sure Tim gets fair treatment from the law? Can Lance and Morgan get around all of their personal issues to find a way to be more than co-workers? Only Melinda Leigh can tell it this good.

Patty
5,0 van 5 sterren Her Last Goodbye (Morgan Dane) by Melinda Leigh
27 april 2018 - Gepubliceerd op Amazon.com
Geverifieerde aankoop
Another mystery that was difficult to unravel. Morgan Dane is tenacious solving crimes. The old Sheriff may have hated her interference but she got the job done. And don't forget Lance and I love the food conscience guy Sharp. Good book as Melinda will keep you guessing until the end and just when you think you have it figured out, she throws yet another curve. Good job.
Meer lezen
10 mensen vonden dit nuttig
Vertaal recensie in het Nederlands

Nonna of 6
5,0 van 5 sterren Lots of page turning action. Well Done!
27 oktober 2018 - Gepubliceerd op Amazon.com
Geverifieerde aankoop
I loved that there was never a dull moment with the investigation. I also like that Morgan and Lance always put their families first and have pulled themselves into each others families. In this book, Morgan, Lance and Sharp are trying to solve a case that involves a missing mother. The husband refuses to believe that his wife would have just left, and is trying to help Morgan find his wife, while caring for his two young children. The police are focusing their attention on the husband, but, as always, Morgan and Lance are finding clues that lead other directions. With Melinda Leigh's books, there are always multiple suspects that keeps the readers guessing and turning pages to try to keep up. I've read this series, and am beginning "Hour of Need", another series by Leigh, while waiting for the next book in this series. Help, I've become addicted!
Meer lezen
4 mensen vonden dit nuttig
Vertaal recensie in het Nederlands

As a single mother, Morgan sympathizes with Chelsea’s family and is determined to find her. She teams up with private investigator Lance Kruger. But the deeper they dig, the deadlier their investigation gets. When Morgan is stalked by a violent predator, everything—and everyone—she holds dear is in grave danger.

Now, Morgan must track down a deranged criminal to protect her own family…but she won’t need to leave home to find him. She’s his next target.

My Thoughts: From the very first page of Her Last Goodbye (Morgan Dane Book 2), I was immersed in this newest story in the Morgan Dane Series.

Morgan and Lance have a new client, Tim Clark, whose wife Chelsea has gone missing, and they are concerned because of the Sheriff’s attitude of focusing primarily on Tim as a suspect. Their work is cut out for them; finding Chelsea and smoothing the Sheriff’s ruffled feathers. Tim worked at a company called Speed Net, and checking out the employees was one of their first steps.

Chelsea is an alternate narrator in this story, so we know right away that she has been abducted. From her perspective, we learn that she is chained inside some kind of container with no windows, and that her abductor wears a mask.

Juggling the care of her three daughters with this newest case, and also handling health issues now arising with her grandfather, Morgan is even more stressed than usual.

So when one of their suspects seems to be stalking Morgan, the intensity ratchets up…and even after their investigation moves forward, greater potential harm to Morgan comes out of left field. Who is the perpetrator, and why is he now targeting Morgan? Could he be one of the sex offenders in the area, or someone they had previously overlooked? After running investigations on numerous employees, Morgan inadvertently stumbled upon an omission that could make all the difference.

Rather than risk further run-ins with the Sheriff, Morgan and Lance try something very dangerous…which leads to success.

I literally held my breath through many scenes in this book, so I am definitely giving this one 5 stars.
Meer lezen
14 mensen vonden dit nuttig
Vertaal recensie in het Nederlands

EnChristo
4,0 van 5 sterren Exciting Read
16 mei 2018 - Gepubliceerd op Amazon.com
Geverifieerde aankoop
This was a book I couldn't down! It has the drama, some laughter and some romance.
The only negative I have is there were placed in the book that was really dark. I didn't want to read the pages but I did so I could keep the continuity of the story. I would recommend Leigh's Dane series those who love a Goodwin dunnit, because you never know who submit till the very end!
Meer lezen
7 mensen vonden dit nuttig
Vertaal recensie in het Nederlands
Ga naar Amazon.com om alle 1.832 recensies te bekijken 4,7 van 5 sterren
Terug naar boven
Over ons
Verkoop bij ons
We helpen je graag
© 1996-2020, Amazon.com, Inc. en dochterondernemingen