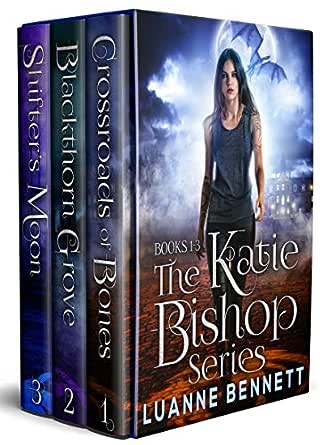 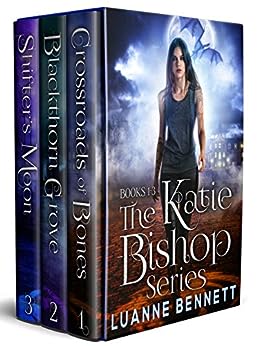 Katie Bishop is a reluctant hired gun for Savannah’s elite Crossroads Society. Who needs a cop when you have a dragon. Did I mention that her best friend is the queen of Savannah and her boyfriend is Superman?

★★★★★ “This series was so amazing, pleeeeeaaseee tell me there is more to come.”

When Katie Bishop is asked to join an elite Savannah society that guards the city against all the supernatural riffraff that blows into town on a regular basis, she can’t refuse. Especially when the city’s latest threat has targeted her to help it escape from an ancient book it’s been imprisoned in for over a century. You see, Katie isn’t your average girl—she’s a bit of a beast and owns a tattoo shop at the edge of town. She’s also the only one who can tattoo a magical symbol on the demon’s back that will set it permanently free—and live to tell about it.

It’s just another Saturday night in the city, but what happens on this particular evening will set the wheels in motion for a witch war that could destroy Blackthorn Grove—the reigning coven of Savannah. There’s been a murder, and all the evidence points to one of their own. In the race to uncover the truth before a council of witches arrives for a formal tribunal, the revelations about Blackthorn Grove keep coming.

Jackson Hunter’s past has finally caught up to him. So has the woman who refuses to let him go—a cat with some sharp claws.

Katie Bishop is starting to wonder if she knows her boyfriend at all. He’s just given her two million reasons in cash to doubt that, and the shifters he used to ride with back in Atlanta want to get their hands on it. But they want more than just the money. They want Jackson, and they’re willing to dine on a few tourists and take hostages to get it all!

Dare
4,0 van 5 sterren Three decent reads
17 januari 2020 - Gepubliceerd op Amazon.com
Geverifieerde aankoop
Good characters, good world building, fun interactions, most of what you want in a good book. The one thing I don’t like is that you have a powerful MC so what do you do, well cripple her powers of course. I’d rather she ran into something more powerful instead, but oh well.
Meer lezen
Vertaal recensie in het Nederlands