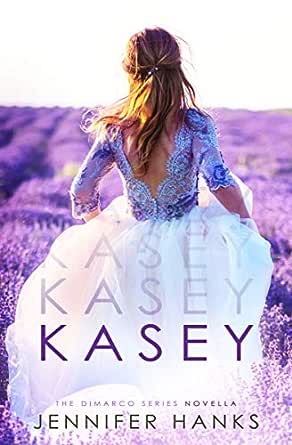 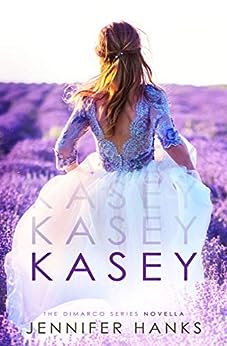 Introducing an exciting new series filled with suspense, sacrifice, family, and most of all, the healing power of love. Welcome to the Family…

Kasey Moore is happy to be home. Moving to New Hope as a teenager hadn’t been easy, but once she settled in, she couldn’t imagine herself living anywhere else. After four years in College, she’s finally back to living in the town she loves and working her dream job as a teacher at the Elementary School.

For Kasey, her life couldn’t be more perfect.

Until a school assembly, an arrogant man, and a hot encounter in a closet shakes up everything Kasey thinks she wants.
Ten years as a Navy SEAL and Jackson Dimarco is coming home.

Ten years of rigid schedules, almost unreachable expectations, and being a part of something bigger than himself has changed him. Coming home, trying to find himself, the last thing Jax wants to do is talk to an auditorium full of school kids about his time in the military, but when his brother signs him up that’s exactly what he ends up doing.

It’s just a shame she doesn’t feel the same way.

But Jackson Dimarco has always loved a challenge and Kasey Moore is the biggest incentive he’s ever had to win.

This is a novella in The Dimarco Series. Can be read as a standalone and at any point in the series. However, if new to the series, I'd recommend reading this novella before the first book in the series, Lucy.

Jennifer Leigh
5,0 van 5 sterren Loved it!!
11 november 2019 - Gepubliceerd op Amazon.com
Geverifieerde aankoop
This prequel novella to the Dimarco Series did a great job of reeling me in! I loved Jax despite his rough edges in the beginning, as I’m a sucker for military men in books! The banter between the other characters/family members is top notch. Loved Jax and Kasey!! I’ve already downloaded the next book through KU!!
Meer lezen
Vertaal recensie in het Nederlands

Marilyn Bressler
4,0 van 5 sterren Good
9 oktober 2019 - Gepubliceerd op Amazon.com
Geverifieerde aankoop
This book dips one where a family with seven sons and one daughter .the family is very close and live in a small town.
Meer lezen
Vertaal recensie in het Nederlands

TheHauteBookworm
5,0 van 5 sterren Hot, hot, hot! A sweet and super steamy romance!
1 maart 2019 - Gepubliceerd op Amazon.com
Hot, hot, hot! A sweet and super steamy romance!
Whoohoo! Back with the Dimarco clan! This novella gives us the beginnings of Jax and Kasey. Not only did I love visiting the Dimarco family again, but learning how these two first come together. While we get to delve into the beginnings of Jax and Kasey, we also get back stories on the other characters we’ve grown to love. Now that I have more background on Charlie, I am super curious what is going to happen with her. HMMM… Ben and Charlie?
Jax returns home after his time as a Navy SEAL is up. He is floundering with what to do with himself, desperately searching how to make his life whole once more. When his brother signs him up to speak at an elementary school, he begrudgingly attends. Little does he know that’s where his life will begin again.
Kasey is a new teacher trying to make a career for herself. When in steps a forceful, unapologetic, but gorgeous hunk of a man.
These two quickly discover that life together sizzles. That one person, with those eyes, that mouth…. makes you lose all thought, along with your panties! I loved how they would get so enraptured with each other that they lose all commonsense and do things they wouldn’t normally do. Seriously, the janitor’s closet?
Once Jax decides Kasey is it for him, there is no stopping him. Their relationship is fast and furious. Kasey is having a harder time accepting the timeline and worries they are rushing things.
“I am not a patient man, but if I have the promise of you in the end, I’ll wait as long as you need me to.”
Kasey has the inner strength that Jax needs and comes to rely on. He realizes early on that Kasey sees past his bulls@#t and doesn’t’ hesitate to call him out. This solidifies the relationship all the more for Jax.
Not only did I thoroughly, and I mean thoroughly enjoy reading about Jax and Kasey, but I equally enjoyed the DiMarco family relationships and antics! The hilarious banter cracks me up.
Jennifer Hanks’ talented writing created a great story with perfect amounts of drama and steam, off set with humor only smart aleck siblings can pull off. This is a wonderful addition to the Dimarco series!
I read an ARC of this story. My honest and fair review is voluntary.
Meer lezen
2 mensen vonden dit nuttig
Vertaal recensie in het Nederlands
Ga naar Amazon.com om alle 17 recensies te bekijken 4,6 van 5 sterren
Terug naar boven
Over ons
Verkoop bij ons
We helpen je graag
© 1996-2020, Amazon.com, Inc. en dochterondernemingen