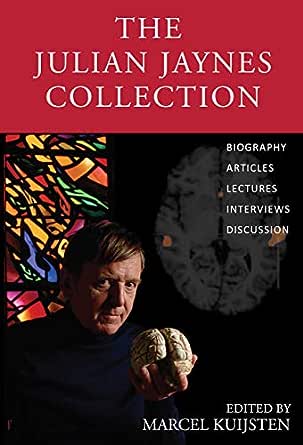 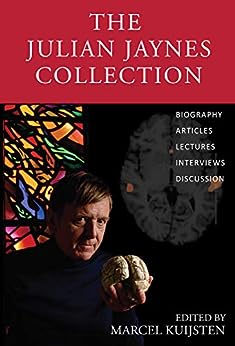 **Expanded to include a new, previously unpublished wide-ranging 30-page interview with Julian Jaynes.**

Princeton University psychologist Julian Jaynes's revolutionary theory on the origin of consciousness or the "modern mind" remains as relevant and thought-provoking as when it was first proposed. Supported by recent discoveries in neuroscience, Jaynes's ideas force us to rethink conventional views of human history and psychology, and have profound implications for many aspects of modern life. Included in this volume are rare and never before seen articles, lectures, interviews, and in-depth discussions that both clear up misconceptions as well as extend Jaynes's theory into new areas such as the nature of the self, dreams, emotions, art, music, therapy, and the consequences and future of consciousness.
click to open popover

Bill Deef
5,0 van 5 sterren Almost too thought provoking
5 mei 2013 - Gepubliceerd op Amazon.com
Geverifieerde aankoop
Here is one of those books that take you a long time to read, not because it's turgid or even long, but because there are so many implications in every statement this thinker made. It was the first book for ages that I have read with a pencil for notations always at hand. I had long ago read "The Origin of Consciousness in the Breakdown of the Bicameral Mind", (that is almost a pre-requisite)but this volume admirably rounds that work out with peripheral and even reconsidered central themes.
Basically the first part is a recap of Jaynes' life and work in three papers by various authors.
Part II is a generous helping of articles and lectures by Jaynes, many of the former previously available only in the original (and sometimes obscure) journals they were written for.
From Chapter 8 on in this part of the book, there are musings that leave one breathless. I am a linguist and have heard most of the discussions on the origins of language, but it was while reading Chapter 9 "The Evolution of Language in the Late Pleistocene" that I realized that Jaynes' theories are the most insightful in that area. Not to go too deeply into it, I would mention that he relates language to the ways that birds use sound to set spacing and the way speaking requires and engenders attention. He lays out a very convincing plan on what evolved in language and in what order and why, and it is an evolution that would surprise traditional linguists, but which, if you ponder the reasoning carefully, makes perfect sense.
Parts III and IV really give you an idea of what a first-class mind this man had since they consist of interviews and discussions. It's so good to "hear" his actual voice. And the questions that he was asked were equally astute.
I wouldn't hesitate to buy such a worthwhile volume as this. I think I personally will be reading it again and again, because it is so rich in, well, consciousness.

EE Professor
5,0 van 5 sterren Finally.
2 mei 2019 - Gepubliceerd op Amazon.com
Geverifieerde aankoop
I have been waiting for this to be released electronically.

One must proceed with caution when approaching Jaynes. Basically, Nietzsche declared that god is dead and then Jaynes buried him. Anyone who reads Jaynes and then continues to doubt the origin of religion is just a fool. All is explained and if anything leads you to the Kierkegaardian abyss it will be Jaynes. So refreshing and enlightening. Not for the weak.
Meer lezen
3 mensen vonden dit nuttig
Vertaal recensie in het Nederlands

Patrick Garner
5,0 van 5 sterren A Great Insight Into Jaynes Later Work
5 november 2013 - Gepubliceerd op Amazon.com
Geverifieerde aankoop
Tremendously helpful and opened up many of what had been mysteries to me about Jaynes and his later years. Many papers included from Jaynes conferences, as well as other Jaynes publications. I'd put off buying this when it was first published, and am now thrilled that I finally did so. 5 stars for this one.
Meer lezen
4 mensen vonden dit nuttig
Vertaal recensie in het Nederlands