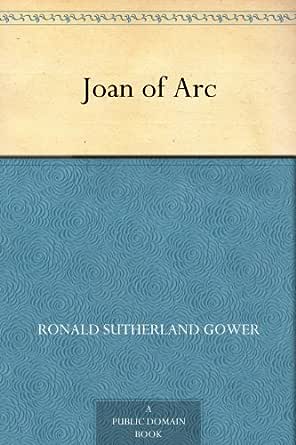 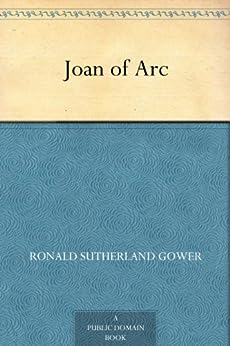 "[...]throne. There had not been wanting legends and prophecies upon the country-side which may have impressed Joan, and helped her to believe that it was her mission to deliver France. One of the prophecies was to the effect that a maiden from the borders of Lorraine should save France, that this maiden would appear from a place near an oak forest. This seemed to point directly to our heroine. The old oak-tree haunted by the fairies, the neighbouring country of Lorraine, were all in help of the tradition. Since the betrayal of her husband's country by the wife of Charles VI., another saying had been spread abroad throughout all that remained of that small portion of France still held by the French King-namely, that although[...]."
click to open popover

Atty Tude
5,0 van 5 sterren Well written and objective
28 maart 2015 - Gepubliceerd op Amazon.com
Geverifieerde aankoop
I really enjoyed this book. It is well written and objective. Yes, it was written a long time ago, but to me, that is a plus. Too many historical books these days are more concerned with revising history for the sole purpose of bowing to the dictates of political correctness than with being objective and accurate. That's why I distrust modern authors and usually stay away from them. If you must have history sanitized by the political correctness Gestapo because you can't deal with certain facts then I suggest you stick with People magazine and MSNBC.
Meer lezen
12 mensen vonden dit nuttig
Vertaal recensie in het Nederlands

Ferro
4,0 van 5 sterren A charming and scholarly account
22 oktober 2017 - Gepubliceerd op Amazon.com
Geverifieerde aankoop
Knowing absolutely nothing about Joan of Arc, I bought this slim volume by way of a basic introduction. It is not really that however, but more of an analysis of a life that was already well-known at the time of publishing. Hence we get a gradual (and slightly disjointed) unfolding and piecing together of facts, a slow revelation as to the deeds and purpose of this inspiring young woman- a saint, whose life directs us to Christ and compels us to reflect on the greatness achieved n historical Europe by Christendom.

Published in 1893, I find the writing eloquent yet simple, the turn of phrase immediate and pleasing. It is sparsely illustrated with sketches of what remained of the places and buildings of the life and times of the maid. Structurally it has a lack of cohesion but still manages to be a pleasant and easy read.

patrick j. drinkuth
5,0 van 5 sterren Fascinating and as compelling a verdict as exonerating this true angel of God; a life most able to be remembered than any histor
13 april 2017 - Gepubliceerd op Amazon.com
Geverifieerde aankoop
A fluid moving account of a saint who was a girl who was a soldier who was a divine meteor the Catholic Church would never recover from; the first, once immaculate, decaying sign of a truly European disorder of the faith since Christ's death; the second would come soon after in the bloody hands of an English rebellion, first Cauchon, then Luther and the coming Reformation.
Meer lezen
Vertaal recensie in het Nederlands